Freedom of Religion Has its Limits!

Here in Atlanta, we have a place known as Centennial Olympic Park.

In 1996, a terrorist named Eric Rudolph set off a bomb there
which killed two people and injured 111.

ACOG POOL/AP
People rush to the scene of an explosion at Atlanta’s Centennial Olympic Park, July 27, 1996.


Many more innocent people might have been killed or injured, were it not for the bomb being spotted by security guard Richard Jewell.

Rudolph was motivated by his twisted version of the religion known as Christianity.

Yet every December, Centennial Olympic Park is festooned with Christmas lights and decorations and serenaded by piped in Christmas music. 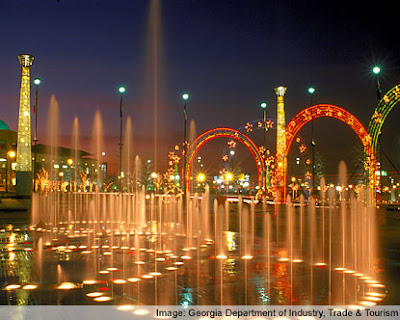 That's right, Christmas! The most holy day on the calender of Christianity. Every year, they put up a display on the site of this atrocity which celebrates the religion of Eric Rudolph, Timothy McVeigh, and so many terrorist organizations, from the Hutaree Militia to the Christian Knights of the Ku Klux Klan!

How can we be so insensitive to the people whose loved ones were killed on that horrible day? How can we not take into account the feelings of those who were injured, some permanently, by the Christian Eric Rudolph? 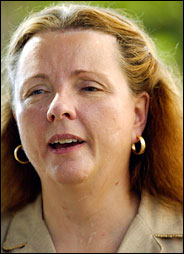 This is Emily Lyons. She lost sight in one eye and suffered severe burns over much of her body when another of Rudolph's bombs went off at the clinic where she was employed, killing an off-duty police officer. How do you think she feels when she sees Eric Rudolph's religion being celebrated, not two blocks away, but directly at the site of his most notorious act of terrorism?
We can not allow this outrage to continue! Write to Atlanta mayor Kasim Reed and GA governor Sonny Perdue and tell them that religious tolerance has its limits! Any religion which has had acts of terrorism perpetrated in its name can not be allowed to flaunt itself on the site of one of those acts.

It's just common decency!
Posted by Professor Chaos at 4:50 PM 3 comments: Links to this post