Normally, I would Laugh

Usually when a gun nut gets himself shot while engaging in gunnuttery, I find it amusing. Even laughable. But this is a bit different.

She is going to carry this weight of having killed a man for the rest of her days because her idiot parents thought that their irrational obsession with weaponry was more important than the health and safety of their child. This poor kid is going to have nightmares the rest of her life because her mouth-breathing, knuckle-dragging parents placed more value on their love affair with deadly weapons than on the well-being of their little girl. Absolutely despicable.

Honestly, it's amazing this doesn't happen more often, given our nation's dysfunctional relationship with firearms. 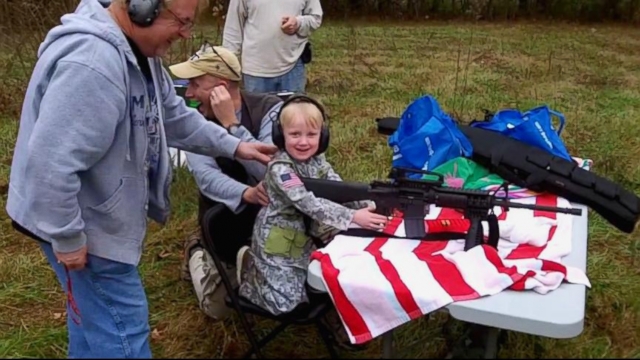 Although, that's not to say that it doesn't happen.

who believe that their "right" to dress up and play Army man in public trumps the right of the rest of us not to have to live with the knowledge that any one of us can be shot dead at any moment for any or no reason because FREEDOMMMM!!!!

Posted by Professor Chaos at 7:23 PM 4 comments: Links to this post