First of all, how the hell did this take this long?

"After thoughtful consideration, TLC and the Duggar family have decided to not move forward with '19 Kids and Counting.' The show will no longer appear on the air," the network told ABC News in a statement.


Thoughtful consideration? How much fucking thought do you have to put in to cancelling a show featuring a sexual predator and the parents who covered up his crimes? And why is the Duggar Family allowed to be part of the decision? Is this one of those things like when someone gets fired the company says he "left to spend more time with his family?" Because I really don't see how the Duggars should be entitled to this kind of face-saving statement.

Oh, but it gets worse.

TLC added in its statement that a campaign to raise awareness on child sexual abuse, including upcoming work with the Duggar family on a one-hour documentary was in the network's future.


Are you fucking kidding me?

Not only are you going to keep doing business with this sick family, but you're enlisting them in a campaign about child sexual abuse?
Well, I guess they're the experts.

Here's the statement Jim Bob and Michelle issued regarding the abuse their daughters suffered:

With God’s grace and help, Josh, our daughters and our entire family overcame a terrible situation, found healing and a way forward. We are so pleased with the wonderful adults they have all become."


So, these are the new spokespeople for sexual abuse awareness? People whose answer is if you suffer sexual abuse, just pray about it and it will all work out just fine. Everyone will grow up and put it behind them and be just wonderful adults, including the molester who can marry, have his own children and probably about a million nieces and nephews and it's just fine for them to spend the weekend at Uncle Josh's house!

The abuser goes unpunished, the victims get no counseling or therapy, and everything is just fine.
That's the sex abuse awareness you want to spread, TLC? And you're going to pay these sickos to be involved in this farce?

Shouldn't this have gone without saying?

The great Louie DePalma once said "I never thought I'd have to make this rule, but no Vivaldi in the garage."

I have to think that the CDC felt the same surprise/befuddlement when they had to issue this warning:


So far this year, the Centers for Disease Control and Prevention says at least 181 people in 40 states have been infected with Salmonella from direct contact with live poultry such as chicks, ducklings and chickens, many of which were kept in small backyard flocks. Thirty-three people had to be hospitalized.
"Many ill people in these outbreaks reported bringing the live poultry into their homes, and others reported kissing or cuddling with the live poultry," the CDC said in a statement. "These behaviors increase a person's risk of a Salmonella infection."


People are getting salmonella by making out with chickens.
I'm just going to sit here for a minute and let that sink in.
People are kissing and cuddling chickens.
The dirty bird!

"Instances of Salmonella in backyard flocks are much lower than commercial processors," she said. "Salmonella is in poop, it's in dirt -- you can get it any time you don't wash up properly. I do recommend against kissing your chickens," she added.

Yeah, because apparently chicken beaks are covered in salmonella-ridden poop!

Jeezus, the balls on these fuckin guys!


"There is no point in criticising the administration for now, because soon we will need to speak with the Americans about the amount of compensation to Israel,” another anonymous source told Arutz Sheva, an Israeli right wing news portal.

Compensation? Compensation? Why the fuck should you get compensation? The US and other nations made a deal with Iran. It's not costing you anything. It has nothing to do with you.


I am so goddamm sick of Israel driving our foreign policy just because a bunch of American mouth-breathers think that Jesus can't come back and start the Apocalypse without Israel being protected by us.

So, you know what Israel? The grownups are doing diplomacy. Sit the fuck down and shut the fuck up.

And as to the matter of compensation. . . 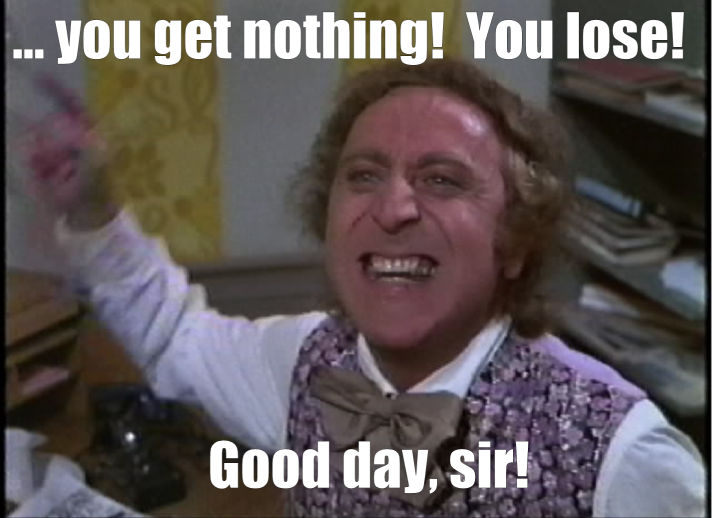