Steve King Continues to be a piece of shit

He said new school lunches, prepared in accordance with the Healthy, Hunger-Free Kids Act championed by first lady Michelle Obama, have come to his attention during recent campaign events. He said parents have approached him and have said things like ''My kids are starving in school. My kids are being rationed on calories.''


Yes, that's exactly what's happening. Children are being starved in school. It's all part of Mrs Obama's nefarious scheme to, um. . . starve children? I guess? 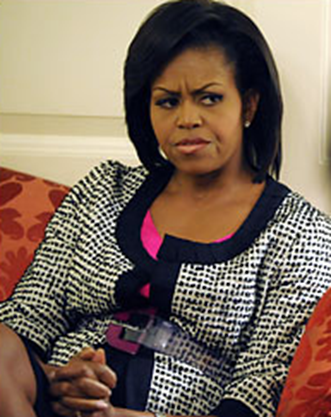 And I would have gotten away with it, too if it weren't for Steve King!

Never mind the fact that kids are getting somewhat healthier food now. The point is, they're starving somehow!
Steve King makes a good point. I mean it's totally not true, but still, Nanny State!

The caloric range for a high school lunch under the new law is 750 to 850 calories, according to Brenda Janssen, the local food service director for Taher Inc., the company that provides meals in the Fort Dodge Community School District.Janssen said the school lunch entrees remain the same, but the amount of bread and condiments available has been reduced. She added that the amount of fresh fruit and vegetables has been increased. 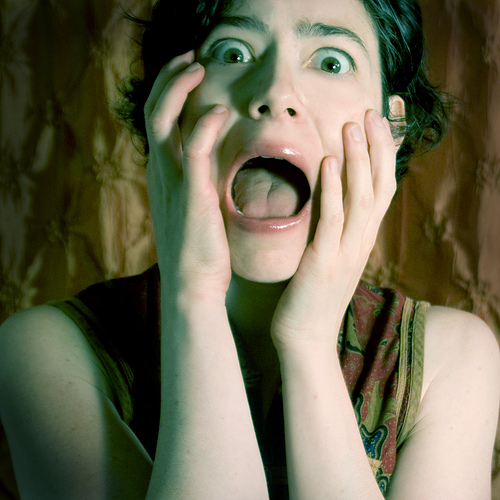 More fruits AND vegetables?
The Horror!

So, if you're keeping score, Steve King is anti-fruits and vegetables, pro-dog fighting, anti-healthcare, and pro-pink slime.
Also crazy and a goddamned idiot.
Posted by Professor Chaos at 11:09 PM 1 comment:

Why I love the SF 49ers and You Should Too

Anti-gay bullying advocates are praising the San Francisco 49ers, who became the first NFL team to join the "It Gets Better" campaign in support of lesbian, gay, bisexual and transgender (LGBT) youth.


Of course, not everyone is pleased:

Larry Jacobs, managing director of the World Congress of Families, tells OneNewsNow why he has a problem with this.

"The problem with the 'It Gets Better' campaign is that it, again, is special rights -- singling out a particular group that is no more harmed than any other groups, and really singling them out for special attention and special rights,

"It really is, again, another example of money and resources being given to a special class, a group of people, and discriminating against many others who are being bullied."


How is that discriminating against, I don't even get it.
But, suddenly you care about kids getting bullied? You care so much that you just can't stand to think that only some of those kids might be getting encouragement? So therefore these kids should not receive any encouragement? Don't pretend like you care!

Please, God, let Larry Jacobs get stuck on an elevator with Ricky Jean-Francois and Isaac Sopoaga!

Hmm, Krauthammer is spectacularly wrong about something? You don't say!

Krauthammer on Clinton's DNC Speech:
'A Giant Swing and a Miss'


"It was vintage Clinton in that it was sprawling, undisciplined and truly self-indulgent,"

What the fuck speech was this freak watching?


"This is one of the strangest nomination speeches, I think, ever given. ... I think it was a wasted opportunity of what could have been a great, stirring, rousing endorsement of Obama."


Yeah, why did he waste so much time giving a great, stirring rousing endorsement of Obama when he could've, um. . .
You know, the fact that the crowd was clearly stirred and roused should indicate the stirringness and rousingness of Clinton's address.

Posted by Professor Chaos at 10:30 PM No comments: