Usually, when Louie Gohmert speaks, all I hear is "tell me again about the rabbits, George." But when you see his comments in print, hoo boy, this guy . . . I mean, how has no one from the Republican leadership taken him aside and said "Louie, baby, sweetheart, we luv ya, you know that. We like the way you vote as if you had just awoken from a 150-year coma, we get it. But seriously, you need to stop saying things where other people can hear them. Just stop saying things, any things. You're making us all look bad."

My cat's name is Mittens!

Exhibit A: A few days ago, Gohmert went on the radio to make the case that kids don't need sex education because they'll figure it out on their own eventually, an idea that was almost immediately undercut by a grown woman from Gohmert's home state claiming that rape kits prevent pregnancies. (remember?)


Let the kids be innocent.  Let them dream. Let them play. Let them enjoy their life. You don't have to force this sexuality stuff into their life at such a point. It was never intended to be that way. They'll find out soon enough


Yes, they'll find out about the birds and the bees the way people have been finding out for generations, when the doctor says "congratulations, it's a boy!"

Hey, how did that get in there?
They'll find out soon enough.  And, in fact, ... mankind has existed for a pretty long time without anyone ever having to give a sex-ed lesson to anybody.
And without any outside help at all, the human race has managed to develop syphilis, chlamydia, HIV, and teenage pregnancy! So I've got tot think we've pretty much got this whole sex thing down pat!

And there is a natural law that parents should be involved in education, they should know about, they should be part of the training - that's a law of nature;

Yeah, Newton's laws of thermodynamics are laws of nature. Parents being involved in education is just, what, a custom? Tradition? A bad idea that doesn't work? (At least when it comes to sex-ed, parents have proven themselves woefully  unqualified)

. . . that's a law of nature; Alan Keyes was just talking about it this weekend when we were together

Alan Keyes the lunatic? Or Alan Keyes the self-righteous asshole? Oh, wait, they're the same guy! Would this be the same Alan Keyes who disowned his daughter? Because that's definitely the guy you want parenting advice from!

Yeah, that's a guy who knows what he's talking about!
Oh, but wait. It gets nuttier!

And it reminds me so much of the summer that I was an exchange student in the Soviet Union back in the Seventies and I was shocked when they were saying 'no, the children don't belong to parents, they belong to the state.' And if any parent said anything in front of their children negative about the wonderful Soviet Union, then we will take their children away and give them to somebody more deserving.  And I just thought how horribly shocking that was, that of course parents were the ones who love the children, not the state. And I thought thank God that we don't have that in our country.

Okay, that was actually pretty sane. The Soviet Union was terrible, good thing the US isn't like that, fine, no problem. Except that somehow, the idea that kids should get sex-ed reminds you of Soviet totalitarianism?  How's that?

And now I’ve seen this coming with a lady from MSNBC saying “hey, children belong to the state” … and it just sent chills because it took me back to the Seventies when that’s what the Soviet Union used to say and we know how well that worked out.

Apparently, this is in reference to Melissa-Harris Perry who said this, in an MSNBC promo:
"we have to break through our kind of private idea that kids belong to their parents or kids belong to their families and recognize that kids belong to whole communities.
"We have never invested as much in public education as we should have because we've always had a private notion of children; your kid is yours and totally your responsibility. We haven't had a very collective notion of these are our children," Harris-Perry opined.

So, saying that the community has an obligation to educate the children of that community, that's apparently the same thing as saying children are the property of the state? I would think that he's purposely twisting her words there, but I'm pretty sure he's actually nutty enough to believe what he's saying. 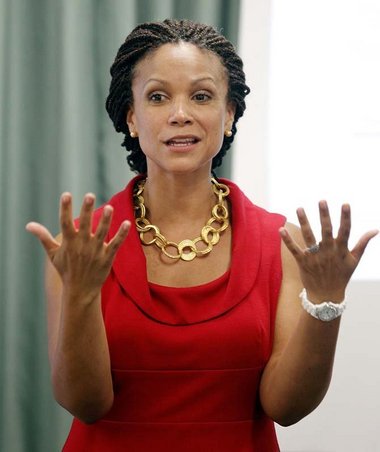 Give me all your babies!
Exhibit B: Gohmert opines on the Supreme Court's  DOMA decision
“For them — I don’t know what kind of cloistered walls this court has been behind,” he opined. “They were not aware that the most wise man in history, Solomon, said there’s nothing new under the sun. And this isn’t new, and it’s been tried over and over. And it’s usually tried at the end of a great civilization.”
Okay, couple of notes, here Lou. Um first off, if Solomon was the wisest man in history, and he had like 700 wives and a few hundred "concubines," then I think the point you're making here is that the wisest man in history completely eschewed "traditional marriage." Unless you're saying that "traditional marriage" encompasses the thousand-woman harem, then maybe don't cite Solomon in your "traditional marriage" argument?
Second thing, has this really been tried "over and over?" Really? Because we've kind of been pushing the idea that marriage has always been a boy-girl thing and saying that every civilization throughout history has always practiced "opposite marriage," so if you're going to contradict our conservative bullshit narrative with your own bullshit narrative, we're going to need some historical citations.
And third thing, you're saying that these civilizations are already at their end when same-sex marriage has been tried. See, we're really pushing the idea that it's the trying of same-sex marriage that would cause great civilizations to collapse, not the other way around.
So maybe you could toss some sort of irrelevant historical gibberish onto your argument that would be so nonsensical that people will forget the other nonsense you just spewed? You know, the Bachmann technique?
“I would remind you of the document that allowed the United States to claim its independence and be free as recognized by England, the Treaty of Paris (1783),” the Texas Republican continued. “And if you look at that document, you will see big, bold letters at the top. Because put yourself in the place of the Americans. What would you make Britain swear under that they would be so afraid to go back on their word?”
“Well, what our founders came up with were these words: ‘In the Name of the most Holy & undivided Trinity.’ That’s why it started that way, and they did not believe that even the adversaries in war would the nerve to go against that.”
Perfect! Thanks, Louie baby!
Now never speak in public again!﻿
Posted by Professor Chaos at 8:47 PM 1 comment: