The first rule of holes is: When you find yourself in one, stop digging.
Newt just keeps on digging himself in deeper on the whole marital infidelity thing.

from an interview with Chris Wallace on FOX "News."

WALLACE: So, I'm going to go there. You were asked recently about the fact that you cheated on your first and your second wives. And here's how you responded.
(BEGIN VIDEO CLIP)


GINGRICH: There is no question that at times in my life partially driven by how passionately I felt about this country, that I worked far too hard, and that things happened in my life that were not appropriate.

Now at this point, you oughta realize you've dug yourself a hole. Once you blame your extra-marital affairs on your passion for the US of A, you need to look around and say "shit, I'm in a hole." And by "in a hole," I mean I've made myself look like a complete idiot as well as a serial philanderer.

Dang, I better quit digging!
But no, not Newt. When you're in over your head, time to double down.

WALLACE: Speaker, you've had more than a decade to come up with an answer. And in all honesty, there were a lot of people who thought that answer was kind of lame. I know it's heart-felt. [kiss ass!] But let me explain why. You love your country and you're working hard. And so you strayed. That wouldn't work with my wife.

Nor would it work with anyone's wife. It's just idiotic. It wouldn't work in any situation.
Your honor, before you pass sentence, may I just say in my defense that yes, I did rob that bank, but I was confused by how much I love America!

Oh, you clocked me at 70 in a 35 mph zone? Well excuse me for loving America!

WALLACE: There's something else that bothers people. You were leading the charge to push Bill Clinton from office for lying about an affair and yes, he lied in a court proceeding, in a deposition, where he was sworn to tell the truth, the whole truth, but nothing but the truth. At the same time, you were leading that charge, you were having an affair. Isn't that hypocrisy?

Now this would be the time to say yes. Say "yes, that was hypocritical of me, but I've matured and blah blah blah. . . "Who wants to bet that Gingrich won't say "yes?" 
GINGRICH: No. Look, obviously, it's complex

No. It isn't. How is it complex? This is one of those "Oh, you're just not smart enough to understand" defenses, isn't it?


GINGRICH: No. Look, obviously, it's complex and, obviously, I wasn't doing things to be proud of.


On the other hand, what I said, very clearly -- I knew this in part going through a divorce --

(two divorces. Both due to Newt's scumbaggery.)


I knew this in part going through a divorce -- I had been in depositions. I had been in situations where you had to swear to tell the truth.

See, Chris, you've never fucked around on your wife, so you wouldn't understand. It's very complex. Only a true sophisticate such as myself can really understand the subleties.


I understood that in a federal court, in a case in front of a federal judge, to commit a felony, which is what he did, perjury was a felony.

That assault on syntax should be a felony! As should this next sentence:


I thought the notion -- I mean, I don't know what you would have had me do because I think the notion that the president of the United States committing perjury -- remember, he is a lawyer.

What else would you have me do? What could I possibly do other than drag my political opponent through a sham impeachment on trumped-up charges? It's not like I wanted to, I had to! 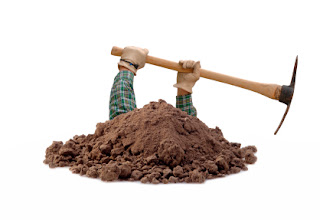