1. Jim Webb announced his intent to run for President, despite having absolutely no constituency.  A pro-Confederate Democrat? You're about 150 years too late. The Dixiecrats are gone. They've all become Republicans and the Reagan Democrats joined them 30 years ago. Who's your target market?

2. Zero Republicans have spoken out against Donald Trump's blatant racism. And as far as I know, none have been asked to do so. Because it's not like he's Rev. Wright, or Sista Souljah. I mean, how hard is it? It's not like coming out against racism is exactly a stance that requires a lot of courage. You wouldn't even have to get on your high horse or anything. You'd just have to roll your eyes and say "Yeah, that's why no one takes Trump seriously. He's a freakin clown." But not one of the seventy thousand declared Republican candidates have had even that miniscule amount of courage. They are all so terrified of offending the racist fringe that they can't even do that.
In fact, at least two of them have stepped up to defend him

3. Texas governor Greg Abbott continues his plunge off sanity cliff.
He has apparently created  a sort of local Fort Knox to store all of Texas's gold.


He doesn't seem to have a plan for where the gold is going to come from, or where it's going to be stored, or what the hell the point of any of this is supposed to be, except to pretend that Texas is it's own country that don't need no dern Federal Guv'mint.


AUSTIN, Texas (AP)
The law doesn't say where the depository would be or how it should be built or secured. No funding was provided for those purposes or for leasing space elsewhere. Further complicating matters is a provision allowing ordinary people to check their own gold or silver bullion into the facility.
"We are honestly at the phase where the questions we are answering are creating more questions that we have to answer," said Chris Bryan, a comptroller's office spokesman.

4. A nutty racist asshole from the upper Midwest was arrested for threatening the life of the President. And it wasn't Ted Nugent. 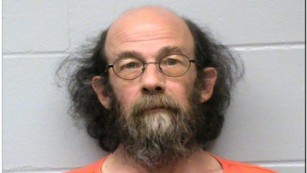 
“I have been praying on going to D.C. for 3 months and now the upsurper is coming HERE. saving me a 800 mile trip,” Dutcher further explained. “Doing what I do for my daughter, so she can live free. pray for me to succeed in my mission.”
The warrant also says Dutcher posted on Facebook on June 30 "that's it! Thursday I will be in La Crosse. Hopefully I will get a clear shot at the pretend president. Killing him is our CONSTITUTIONAL DUTY!"

Clearly, this guy is just a looney and not at all influenced by a steady diet of Glen Beck, Rush Limbaugh and FOX.

And the most important news story I missed while away:

In case there was any doubt, American women are the best women in the world.

Posted by Professor Chaos at 6:04 PM 2 comments: Links to this post