And here I was thinking that Mike Pence was the adult in the room!

You know, for all the horrible things about Mike pence, his smug self-righteousness, his theocratic-fascist leanings, his general assholishness, I at least thought he was sort of a mature, responsible adult. Then I see this:

There has been much discussion in Washington about Pence’s short visit to the demilitarized zone, where he stood outside the Freedom House on the South Korean side of the border and stared into North Korea. Pence wasn’t supposed to walk outside, according to the schedule, but he decided in the moment he wanted to send a message directly to the North Koreans.

He wanted to send a message. He couldn't telephone them? Or e-mail? Or send a telegram? Maybe go old-school?

This was some sort of "strategy" on your part? Showing them your tough-guy face? 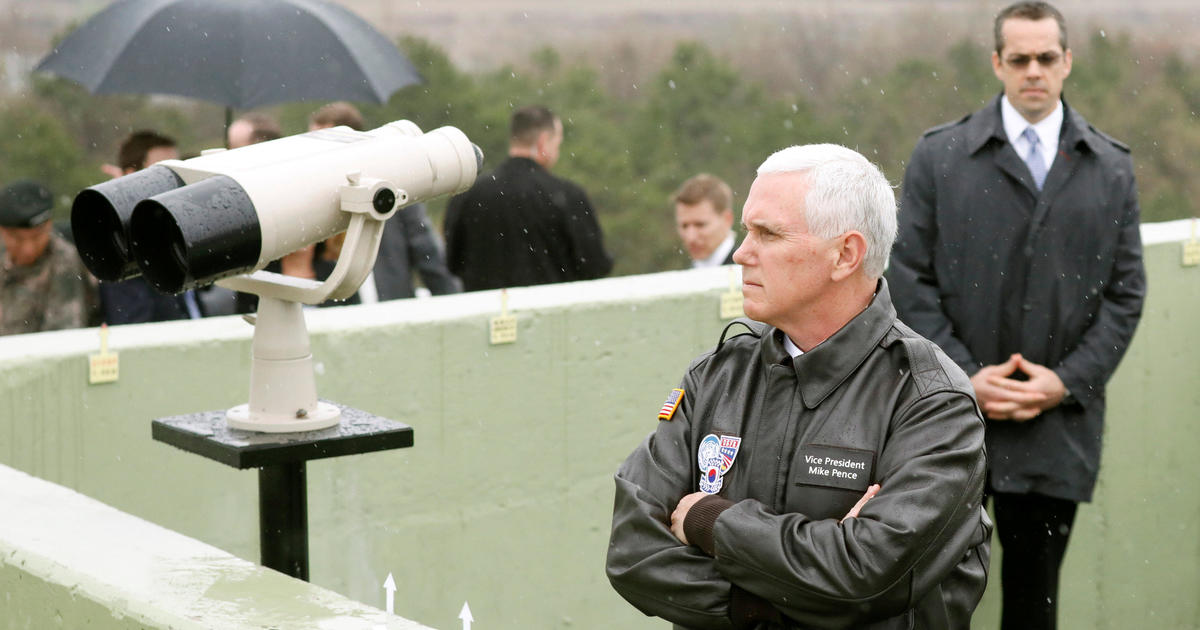 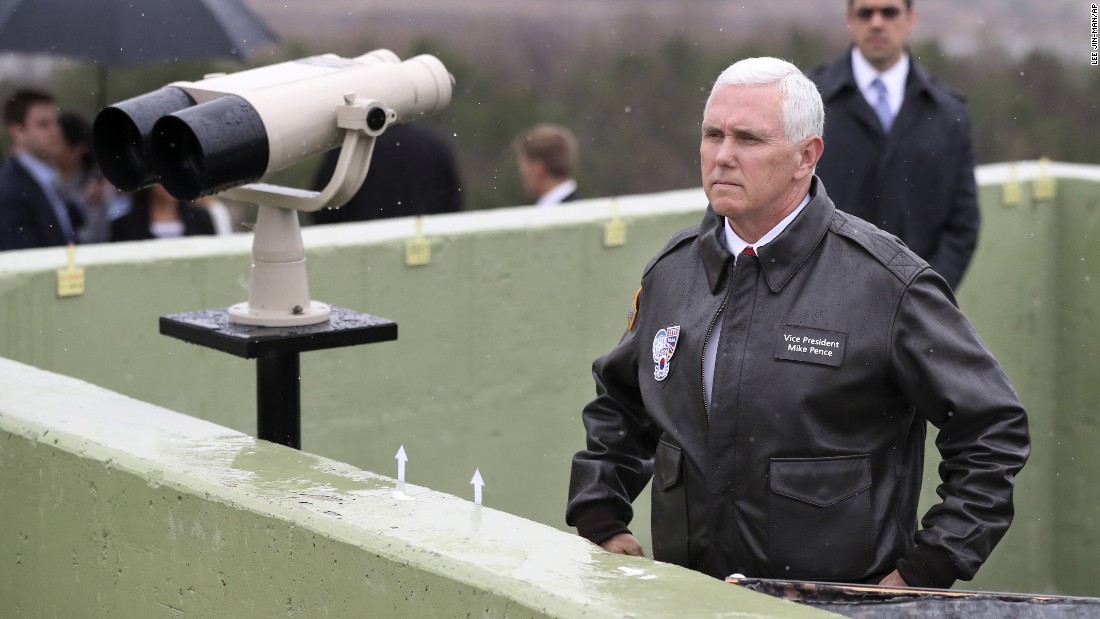 Grandpa Simpson called, he wants his foreign policy strategy back. 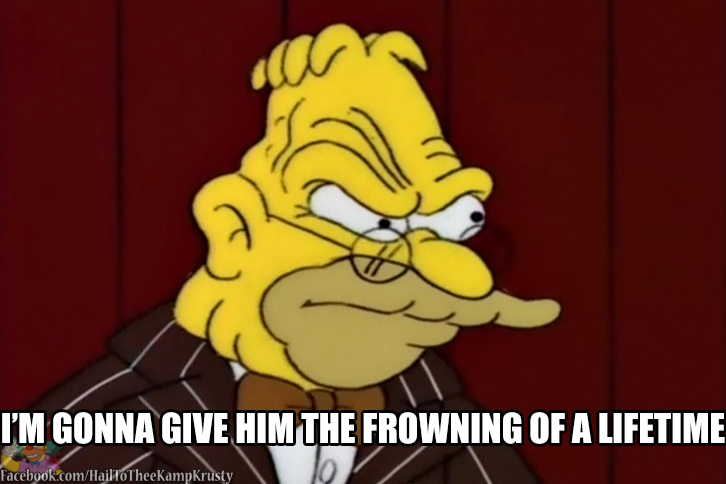 By the way, the DMZ is like two and a half  miles wide. You think they picked up on the nuances of your facial expression? You stupid child?
And who do you think is in the guard tower on the other side? You think Kim Jong Un is in there? You think any of his top guys are in there? Or do you think that some poor Korean corporal is grabbing the phone, calling the Presidential Palace and shouting "Mr. President, come quickly! Pence is glaring at us! I think he means business!"

This is the thinking of a child. A not-particularly-bright child. I jad a friend like this when I was a child. This guy, I assume he's probably in prison now, he had a bizarre obsession with the military, he knew how to do close-order drills and what-not, he would organize us into companies and give us ranks when we played Army guys. But anyway, this friend would say things like this. One time, he was chasing another boy and he picked up a small twig and snapped it in half. Later he said "he sure took off running when he saw me break that stick!"  "I don't know," I said. "It was a pretty small stick, I don't think it was all that scary." "Doesn't matter," replied my friend. "breaking a stick. It's a sign of toughness." That's the mentality of Mike Pence.

I asked the vice president what he was thinking at that moment.

That's a more diplomatic way of saying "what the hell was going on in your mind when you decided to pull an asinine stunt like that?"

Posted by Professor Chaos at 9:26 PM 5 comments: Links to this post