Wait, how long have I been gone?

How the hell did this happen?

by Josh Feldman | 5:47 pm, February 3rd, 2015Republican Congressman Sean Duffy said on MSNBC earlier today that only an “oppressive state” would mandate that all children get vaccines, and that shouldn’t happen in America.

Is this not still the 21st Century?

I know these monstrously stupid and narcissistic anti-vaccine imbeciles have been around for a while now, but how has this exploded as an issue now?

New Jersey Gov. Chris Christie suggested Monday that officials find a “balance” between requiring vaccinations and allowing parents to turn them down.


Why now? Why, at the exact moment in time that we are beginning to see the horrible consequences of  pompous, solipsistic  morons refusing to vaccinate their children, why is now the time that the right-wing decides to make "choice" a political talking point?

Oh, great! They'll probably grow up to be Libertarians!

Sen. Rand Paul (R-Ky.) argued Monday that debate over whether to allow parents more choice in the vaccination of their children was a matter of "freedom," citing personal knowledge of kids "who wound up with profound mental disorders" after receiving immunizations for diseases like Hepatitis B and measles.
"I don't think there's anything extraordinary about resorting to freedom,"


Oh, fer fuck sake!
I know you guys are all about the FREEDOMMMMMMM!!!!!! but we are currently seeing the results of this kind of bullshit thinking, and it's not only those kids whose dickweed parents don't vaccinate who are at risk, it's everybody. And once your FREEDOMMMMMM!!!! begins to cause injury to your fellow citizens, it's no longer just about what you want.

I've heard of many tragic cases of walking, talking, normal children, who wound up with profound mental disorders after vaccines. I'm not arguing that vaccines are a bad idea, I think they're a good thing. But I think parents should have some input. The state doesn't own your children, parents own their children, and it is an issue of freedom. "


Oh my God, where to begin?
First of all, if you really believe this nonsense about children getting profound mental disorders from vaccines, how do you then turn around and argue that vaccines are a good thing?
Also, parents do NOT own their children. Children are human beings. No one owns them.  And sure, we give parents a ton of leeway in deciding how to raise the children for whom they are responsible, but when we are talking about something like vaccines, something about which there is no legitimate debate, if you as a parent are such an idiotic lunatic that you would deny your children something which prevents deadly diseases then, yes, the State needs to step in and say "yopu do not have the right to make that decision for someone else, especially not for a helpless child who can't possibly grasp the consequences of your fuckheaded decision."

We have laws that say you have to educate your children (even allowing for home-schooling which is a topic for another day). You are legally required to feed, clothe and shelter your children. So why not have vaccines be mandatory?

I can't think of any reason not to require vaccines for all children. I can think of a few reasons why we should.

Posted by Professor Chaos at 8:12 PM 4 comments: Links to this post

Another thing I learned in Italy

1. Hoard olive oil!
Apparently, winters need to get down to a certain temperature in order for olive trees to produce olives that are worth harvesting for oil. Last winter did not reach this level, and it looks like this one won't either. (But don't worry, global warming is still fake!)
Anyway, I would expect the price of olive oil to go way up in the near future. So, even if you no longer need to dip your bread into it, you might want to load up on olive oil right now. 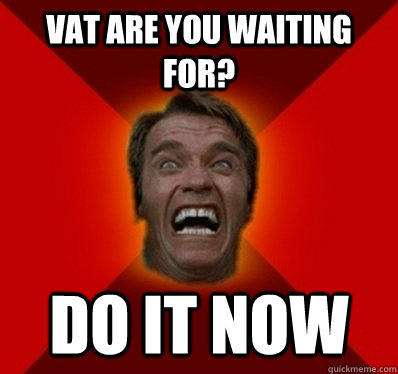