The American Family Association Continues to be Completely Psychotic

Bryan Fischer: Firefighters did the Christian thing
in letting house burn to the ground

Honestly, is there even any reason to read this crap past that headline?

A controversy has erupted over a decision by the South Fulton, TN fire department to allow a rural home in Obion County to burn to the ground because the owner did not pay the requisite $75 annual fee to secure fire protection.

The fire department was called when Gene Cranick’s grandson accidentally set his property on fire, but made no attempt to extinguish the flames, for the simple reason that they had no legal or moral authority or responsibility to do so. 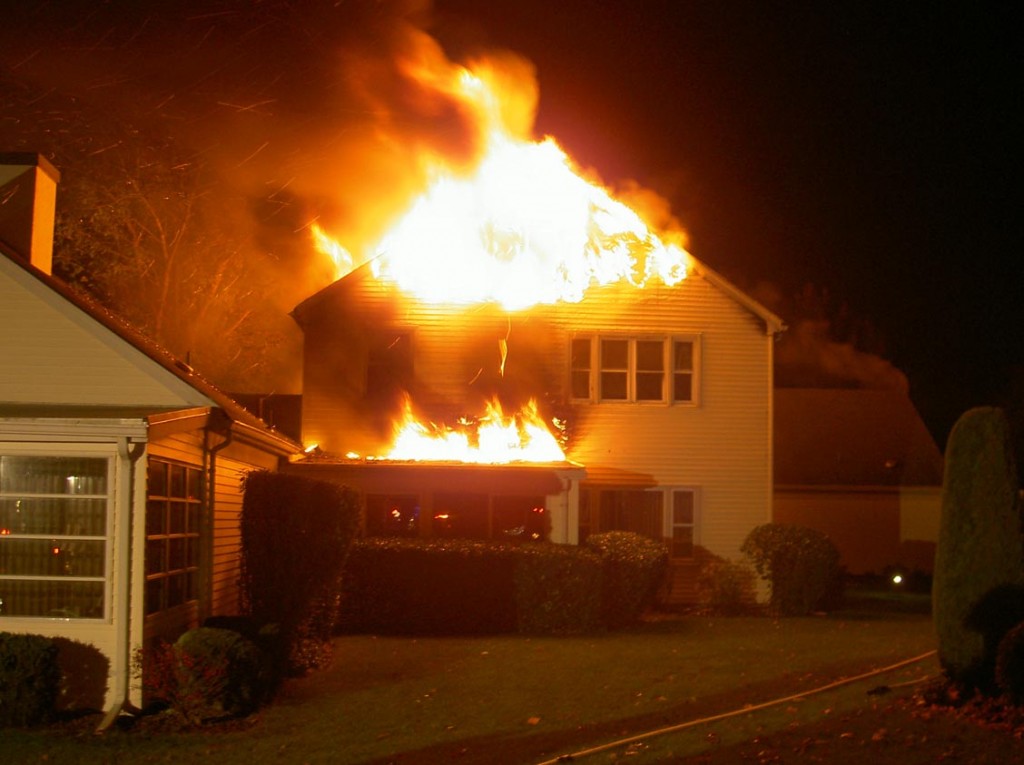 It’s worth noting that, had the fire department responded, it likely would have violated the terms of its contract with its liability insurance carrier. The fire department almost certainly had to enter into a legally binding commitment not to operate outside its jurisdiction. So our “compassionate” Christian friends would want the fire department to break its solemn agreement and put the entire city of South Fulton in a position of virtually unlimited risk. That hardly sounds like the Christian thing to do - demand that somebody violate a solemn oath and put an entire city at needless risk at the same time.

Yeah, if there's one thing that Jesus used to talk about a lot, it's the sanctity of a legal contract!

So does that apply to slavery?

(1Samuel 15:2-3 - " Now go and attack Amalek, and utterly destroy all that they have; do not spare them, but kill both man and woman, child and infant")
(Joshua 6:21 - "They devoted the city to the LORD and destroyed with the sword every living thing in it—men and women, young and old, cattle, sheep and donkeys.")

Yeah, there's no "If" here. You are definitely confused about both things.

In this case, critics of the fire department are confused both about right and wrong and about Christianity. And it is because they have fallen prey to a weakened, feminized version of Christianity that is only about softer virtues such as compassion and not in any part about the muscular Christian virtues of individual responsibility and accountability.

Yeah, it's not about those girly virtues like "Compassion." Jesus didn't care about compassion!

Matthew 20:31: "Two blind men sat by the wayside begging, and when they heard that Jesus passed by, they said, 'O Lord, thou Son of David, have mercy on us.'. . . so Jesus had compassion on them, touched their eyes, and immediately they received sight.

but Christ was moved with compassion, -- Mark 5:19

and when Jesus saw the disconsolate mother, he was moved with compassion, and he restored her son. -- Luke 7:13

When he went ashore, he saw a great crowd; and he had compassion for them and cured their sick.’ (Matthew 14:14).

The Judeo-Christian tradition is clear that we must accept individual responsibility for our own decisions and actions. He who sows to the flesh, we are told, will from the flesh reap corruption. The law of sowing and reaping is a non-repealable law of nature and nature’s God.

Is it just me, or does that not even make sense? What does "sowing to the flesh" and "reaping corruption" have to do with one's house burning down?

The same folks who are angry with the South Fulton fire department for not bailing out Mr. Cranick are furious with the federal government for bailing out Wall Street firms, insurance companies, banks, mortgage lenders, and car companies for making terrible decisions. What’s the difference?

Seriously? What's the difference between preventing someone's house from burning down and bailing out multi-billion dollar corporations? Yeah, I guess it's pretty much the same thing, like what's the difference between children skipping down the street and soldiers marching along a parade route? It's all the same thing. They're both in motion. They're both propelled by legs. Same thing.

Mr. Cranick made a decision - a decision to spend his $75 on something other than fire protection - and thereby was making a choice to accept the risk that goes with it. He had no moral, legal, ethical or Christian claim on the services of the fire department because of choices that he himself made.

True. Except that he didn't actually make a decision, he just forgot to pay, and he didn't appeal to any moral or ethical claim on the fire department, he offered to pay them any amount of money to put the fire out, but other than that, yeah. Good point!

Jesus once told a parable about 10 virgins attending a wedding feast, five of whom failed to replenish the oil in their lamps when they had the chance. The bridegroom came when they were out frantically searching for oil, and by the time they made it back to the party, the door was shut tight. The bridegroom - the Christ figure in the story - refused to open the door, saying “Truly, I say to you, I do not know you” (Matthew 25:13).


Right. Also, there was the story of the ten lepers. I don't remember the details, but it ends with Jesus healing them and not asking for any payment. But I guess the story about lamp oil is way more relevant here.

The critics of South Fulton thereby implicate themselves as accusers of Christ himself, making him out to be both cold and heartless.

No, that's you doing that. That's you saying that Jesus was so cold and heartless that he would stand idly by while a family's home burned to the ground saying "dude, that's what you get for not paying your bills! No house for you, jerk!" The critics of South Fulton aren't weighing in either way on Christ's personality.

Christian compassion, of course, prompts us to feel truly sorry for Mr. Cranick. If he were a friend of mine, I’d feel horrible for him and do what I could to help him in his time of need.

But since he's not my friend, fuck him! That's the moral of the Good Samaritan story, right?

let me see if i can remember a few more Bible stories. Let's see, there was one with a blind man. . . . .
And they brought unto Jesus a blind man, that he might heal him. And his disciples asked, "Rabbi, who sinned, this man or his parents, that he should be born blind?"
And Jesus said unto them, "It may have been him, it may have been his parents, but it darn sure wasn't me, so I don't see why I should be responsible for healing him." And lo, Jesus did go back home to watch TV, leaving his disciples to apologize to the blind man."Sorry, that's just how he is. He can be a real jerk sometimes," said Saint Peter.

And another day, the people brought to Jesus their sick and lame that they might be healed. And Jesus said unto them "hold thine horses. Saint John, check the tabernacle registry to see who amongst them has paid his deductible." And only then did Jesus heal those who had paid in advance.

And Jesus said unto his disciples "I go before you unto Heaven to prepare a place for you there, so be sure to book in advance, because if thou waitest until the last minute, the prices are going to go up. Yea, I say unto thee, book online, for it is convenient and I hate to make reservations over the phone. For verily, it is a pain, and hey, I'm trying to run a business here!"

And in case anyone doesn't completely understand how big a jerk the AFA thinks Jesus would be, Bryan Fischer issued a clarification (here, is you're interested) Here's the key line from the new piece of crap column:

What would Jesus do? That’s easy. He’d tell Mr. Cranick, “Man up, accept full and total responsibility, and don’t blame anybody but yourself for what happened. That’s the Christian thing to do. And next time, Gene, pay the 75 bucks, all right?”

Man up? Man up? So, not only is this version of Jesus a cold, heartless bastard, he's also a douchey frat boy? And this is the guy you worship, huh?

Posted by Professor Chaos at 5:31 PM 2 comments: Links to this post