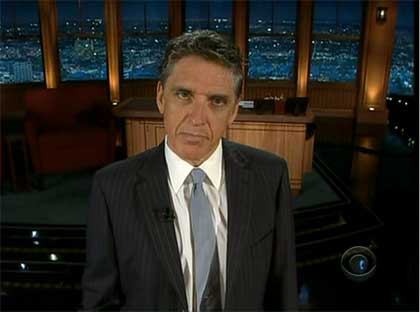 Posted by Professor Chaos at 8:44 PM No comments: Links to this post

Email ThisBlogThis!Share to TwitterShare to FacebookShare to Pinterest
Labels: Craig Ferguson, Things that Only I think are Funny

Guys Who Could Use a Good Kick to the Crotch

A federal official said that the man went to the bathroom to smoke a cigarette, and was confronted by air marshals on board the plane. The passenger understood he had diplomatic immunity, and made sarcastic comments that the marshals took as a threat

Two F-16 fighters from Buckley Air Force Base, in Colorado, were scrambled to intercept the plane, the authorities said. They escorted it for the last five minutes of its flight, and it landed safely in Denver.

WHEREAS, April is the month in which the people of Virginia joined the Confederate States of America in a four year war between the states for independence that concluded at Appomattox Courthouse; and

WHEREAS, it is important for all Virginians to reflect upon our Commonwealth’s shared history, to understand the sacrifices of the Confederate leaders, soldiers and citizens during the period of the Civil War, and to recognize how our history has led to our present; and

WHEREAS, all Virginians can appreciate the fact that when ultimately overwhelmed by the insurmountable numbers and resources of the Union Army, the surviving, imprisoned and injured Confederate soldiers gave their word and allegiance to the United States of America, and returned to their homes and families to rebuild their communities in peace,
[Wow, that's some revisionist history!]

NOW, THEREFORE, I, Robert McDonnell, do hereby recognize April 2010 as CONFEDERATE HISTORY MONTH in our COMMONWEALTH OF VIRGINIA, and I call this observance to the attention of all our citizens.

Dr. Jack Cassell, an Orlando-area urologist and part-time Republican crank, probably couldn't have imagined what he was getting himself into.

This week, Cassell's medical office posted a sign for patients and their families: "If you voted for Obama...seek urologic care elsewhere. Changes to your healthcare begin right now, not in four years."

The ethically-challenged physician told the Orlando Sentinel he wouldn't deny care to patients who support the president, but Casell wants those patients to feel unwelcome and seek medical treatment from doctors who don't care how they voted.

But perhaps the most important coverage was an interview between Cassell and Alan Colmes on the radio Friday night.

Cassell: Hospice cuts in 2012…Does the government want people to die slowly?
Colmes: Do you really think the government wants people dead?
Cassell: Well I think that they’re cutting all supportive care, like nursing homes, ambulance services…
Colmes: What to you mean they’re cutting nursing homes?
Cassell: They’re cutting nursing home reimbursements
Colmes: Isn’t what they’re cutting under the Medicare plan what was really double dipping; they were getting credits and they were getting to deduct them at the same time.
Cassell: Well you know, I can’t tell you exactly what the deal is.
Colmes: If you can’t tell us exactly what the deal is, why are you opposing it and fighting against it?
Cassell: I’m not the guy who wrote the plan.
Colmes: But if you don’t know what the deal is why are you speaking out against something you don’t know what the deal is?
Cassell: What I get online, just like any other American. What I’m supposed to understand about the bill should be available to me.
Colmes: It is; it’s been online for a long time; it’s also been all over the media…

Posted by Professor Chaos at 8:21 PM No comments: Links to this post