"The Tom Perkins system is: You don't get to vote unless you pay a dollar of taxes,"
Perkins said.
"But what I really think is, it should be like a corporation. You pay a million dollars in taxes, you get a million votes. How's that?" 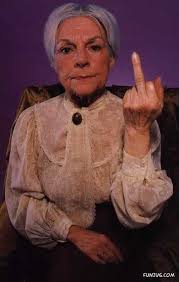 And the horse you rode in on!
Despicable person number two: Nicole Miller CEO Bud Konheim: 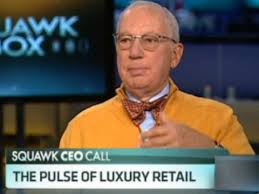 
Yeah, great, $35k a year makes you rich in fucking China. That's great. In the US of A, it makes you fucking poor. And by the way, $35k is about double what someone making minimum wage in this country earns with a full-time, 40/hr a week job. 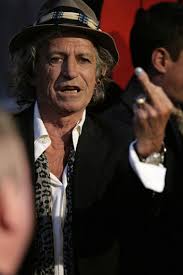 Fuck you in every country on Earth! 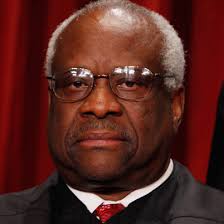 "My sadness is that we are probably today more race- and difference-conscious than I was in the 1960s when I went to school. To my knowledge, I was the first black kid in Savannah, Ga., to go to a white school. Rarely did the issue of race come up," Thomas said during a chapel service hosted by the university.

Oh my God. I don't even have a middle finger for that one, because honestly, I don't know how to react to that. Is Thomas serious? Does he just look back at his youth through such thick rose-colored glasses that he actually remembers race being a non issue? In Savannah, Georgia? n the 1960's?
Maybe Clarence Thomas was the only black guy in Georgia in the 60's to be somehow magically unaffected by racism? Or is he just so invested in making himself believe right-wing bullshit talking points that he's actually convinced himself that race was just not problematic in the Jim Crow South? I don't know, I just kind of feel sorry for him.

In general, though, he does absolutely remain a despicable person.

“I think it (voter fraud) is an element in every election across the United States,” Angle said when asked about voter fraud in the 2010 election. “I’ve been traveling and I have done quite a bit of it and they asked me two questions. One is, ‘What are you doing now?’ And the other is, ‘Did Harry Reid steal the election?’
Steal the election? You handed it to him, genius! When you threatened armed insurrection, you gave the voters all the motivation they needed to vote for your opponent. No one stole the election, you just made the mistake of showing people how despicable a person you really are. So you get nothing. Good day. 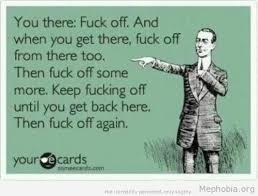 Posted by Professor Chaos at 8:20 PM 3 comments: Links to this post