We finally finished Season 2 of the Killing. I can not recommend this show highly enough. If you haven't seen it, go to Netflix or Hulu or Amazon or wherever you get your on-demand TV and check it out. And I'm sure someone will want to tell me how much better the original Danish version is, I  don't care. The AMC version is fantastic.

It reminds me in a way of Twin Peaks, but without the supernatural elements or the comic relief, or the bizarre characters, really it's not similar at all. But it does unfold very slowly, taking two seasons to solve a single case, it takes place in the Pacific Northwest, there's a pervasive sense of dread, I don't know, I can't put my finger on why it reminds me of Twin Peaks, but it does. Anyway, you will not see two better performances than Mireille Enos as lead detective Sarah Linden And Deadwood veteran Brent Sexton as the father of the murdered girl.

So check it out. You'll be glad you did. Season 3 should be starting soon, you 'll want to watch 1 & 2 before it starts.
So anyway, what have I missed while I was out of the loop?


Well, Margaret Thatcher died. That would have been good news 30 years ago. Now? Eh! But let us take a moment to speak ill of the dead. I think it's not only allowable, it is maybe even necessary to speak ill of the dead, lest they be immortalized as saints, with history glossing over their crimes. Thatcher was a nasty piece of work who made life worse for a lot of people. She supported the Apartheid regime in South Africa, she supported Pinochet in Chile and used brutal force at home to crush the coal miners' union. Hunter S. Thompson once referred to her as "Reagan with balls." (I think it was Hunter S.) now that she's dead, let's not pretend that she was anything other than what she was, a thoroughly despicable human being. 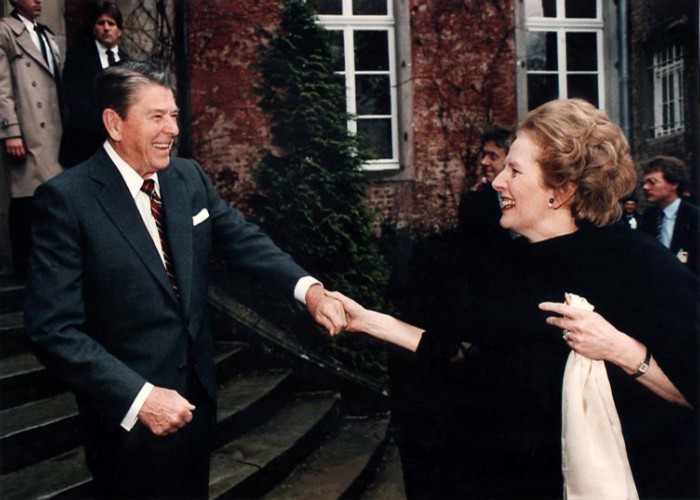 So long, Ronnie. See you in Hell!

Horrible, disgusting AG Ken Cuccinelli is keeping his state's anti-gay-sex laws on the books, even though the Supreme Court has already ruled that they are unconstitutional:

“My view is that homosexual acts, not homosexuality, but homosexual acts are wrong. They’re intrinsically wrong. And I think in a natural law based country it’s appropriate to have policies that reflect that. … They don’t comport with natural law.” As a result, the law’s text remains unchanged a decade after the Supreme Court’s ruling.

I assumed there would be yahoos coming out of the woodwork to defend coach Rice. I assumed it would follow the usual commentor-on-Yahoo-News-story pattern. Somehting like "My coach used to kick me square in the nuts whenever I missed a free-throw, and I was glad he did! In fact, if I were capable of fathering a child, I would name him after Coach DeSade!" For some reason, I wasn't expecting anyone to air thais view on TV. Not even on FOX. What was I thinking? 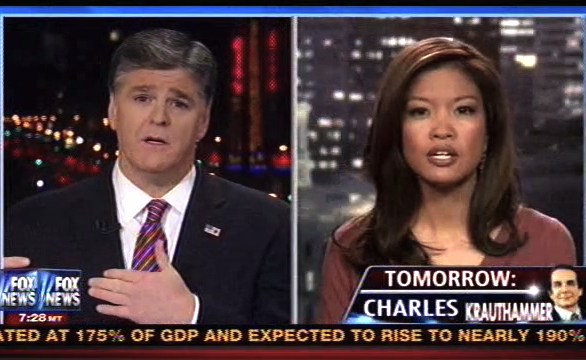 “My father hit me with a belt, I turned out okay!” the Fox News host exclaimed.

Well, you've found a way to make your emotional problems into a lucrative career, if that's what you mean by fine.
“Same here!” Malkin said. “Oh, I certainly did. And with more than a belt.
He used to beat me with the idiot stick, she did not add.

“Well, I have to tell you, I’m much better at administering spankings now than receiving them,” Malkin concluded.
Holy shit! Michelle Malkin and spanking? Let a thousand photoshops bloom!

﻿
Posted by Professor Chaos at 9:49 PM 3 comments: Links to this post