So Charlie Daniels has a message. A message for the EyeYa-Toll-Ah and the terrisits.

First of all, I love how this is presented as a message to the Ayatollah. I picture somewhere in Tehran, a harried aide rushing into the office
"your holiness, a message! From Charlie Daniels!"
"You mean that fiddle player who had a couple hits back in the Seventies? Assemble my advisors!"

And then he says "you may have met our fresh-faced, flower-child president and his weak-kneed Ivy-League friends." To which I assume the "terrisits" would respond "you mean the guy who sends drones to bomb the fuck out of  our people every day? The guy who sent the SEALS in to put a bullet in bin Laden's eye? That fresh-faced flower child?"

Also, why is "fresh-faced" an insult? Because the President washes his face and is clean-shaven, that's supposed to mean he's somehow deficient in some masculinity or something? Did you mean "baby-faced?" Also, why is "Ivy League" only an insult when it applies to Barack Obama or Bill Clinton, people who actually earned their way into our country's most prestigious Universities? Why isn't it an insult for Yale legacies? 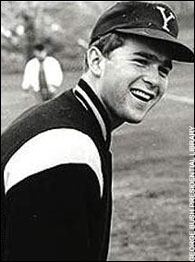 "But you haven't met Amerrrrica! You haven't met the Heartland."
Oh, God. Here we go with the Sarah Palin "real America" bullshit.

"the people who will defend this nation with their bloody, calloused bare hands"

Yeah, okay. Let me just stop you there. That won't be neceessary. I don't know if you're aware of this, but we actually have an Army. And a Navy, and Air Force and a Marine Corps. Your bare-knuckle defenses will definitely not be needed.

Why I'll give that Ayatollah a sound thrashing!
I'll certainly give him what-for, eh?

And if Iran were to invade the United States, they would come with guns and bombs and what-not, so your bloody bare hands wouldn't stand much of a chance, but thanks anyway.

"You haven't met the steelworkers, or the hard-rock miners."

Do we still have steelworkers? Isn't all our steel production done overseas now?

Also, I don't know what you think "hard-rock mining" looks like, but nowadays, it looks a lot more like this: 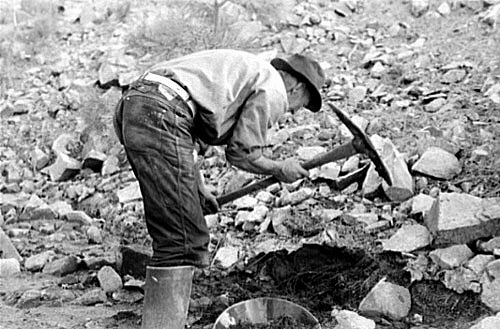 "or the swamp folks in cajun country that can wrestle a full grown gator out of the water."

First of all, is that even true? I mean, I know there are guys who wrassle gators. But they do it on dry land. I wouldn't think you could get a gator out of the water, he's going to be much more agile in the wtaer than a person. But either way, your gator-rasslin' skills will not really be relevant if there is either an invasion or a terrorist attack. No one was looking at the carnage at Ground Zero thinking "if only someone from swamp country had been here to rassle those planes away."

"you haven't met the farmers, the cowboys, the loggers, the truck drivers"

The truck drivers? I work with truck drivers every day and they are not an intimidating lot. Half of them can barely reach the steering wheel over their third-trimester beer bellies. These are guys and gals who make a living sitting down. They can barely walk from the cab to the receiving door without getting winded. Truck drivers! Please. 
"you don't know the mountain men who live off the land."

Is that still a thing? Are there still wild men living off the land up in the mountains? I mean, Eric Rudolph did it for a while, but I assume the terrorists do know him, being in the same line of work and all. Or maybe Charlie thinks that the Revenant took place in modern times?

"or the brave cops who fight the good fight in the urban war zones."

Okay, the less said about that the better, but Charlie, we all know what you mean when you say "Urban."  Dog whistles really ought to be a bit more subtle.

You know, when this started, I figured Charlie was still stuck in the Seventies, still mad at the Ayatollah. But now I think maybe he is in an eralier century all togetenr.

Posted by Professor Chaos at 8:28 PM 11 comments: Links to this post