Okay, there is a lot of prologue  (ooh, scaaaaary prologue) before Nathan's story even begins. It begins with a news story about some cattle mutilations that almost certainly did not actually happen

A cow and a bull were both killed overnight. An ear cut off. A section of hide detached. The scrotum and penis carefully removed. The vaginal cavity gone. The blood drained. . .

. . . The state inspector who is investigating this said this isn’t random:“The people who are doing this, I would say are professionals,” he said. “They know what they are doing.”

Then Rod talks about "The mainstreaming of Satanism in pop culture," which I guess could be a thing? I'm a little old for keeping up with pop culture.
But either way , you know what's really scary?

Then, finally, he launches into the true tale of horror!

Now, that’s a set-up for me to tell you about a strange telephone call I received yesterday. I’ve hesitated about whether or not to blog about it. The caller, an old friend from whom I hadn’t heard in a decade or so, gave me permission to blog about it as long as I kept names and identifying details out of the story. He said others may draw hope from it. He wasn’t exactly sure why he felt the urge to call me about the matter, but he did.

Okay. Sure. Some guy you haven't seen or heard from in a decade has a strange urge to call the one person he knows with a column to tell him about his horrible secret that he isn't really comfortable about sharing publicly. Yeah, that tracks. “Nathan,” as I’ll call my friend, is a devout Catholic who lives in a major US city, and who works in a sophisticated professional milieu. He is in early middle age, and a husband and father. He and his family go to mass daily, and confession weekly.


"a sophisticated professional milieu?" So. . . he has a job? I guess this is so we know that "Nathan" isn't some sort of kook, or a person that Rod made up because he had column inches to fill.

Also. . . go to mass daily? Who goes to Mass DAILY? I got to think that the proest just groans every time Nathan and his wife walk in the door. "Ugh, this asshole again? If it wasn't for this freak, I could sleep in on weekdays."

Nathan started his story with a jaw-dropping line: “For the past year, my wife has been under the care of an exorcist.”

What???
So many questions.
I mean, for a year? Is demon possession one of those chronic conditions like tendonitis? Isn't the exorcist just supposed to cast out the demon and that's that? I think you've got a faulty exorcist there, buddy. Or your wife is just telling you that the man who's been spending so much time around your house the past year is an "exorcist."


Nathan told me the story of how things came to this point. I won’t give you too many details, out of an abundance of caution. It turns out that his wife had an eating disorder as a teenager, and tried to kill herself twice back then.


What? What does an eating disorder have to do with unclean spirits from Hell invading your wife's body? You definitely need some details.

Now, in the middle of her life, depression returned, but with certain strange characteristics that seemed … off.

Wait. A supernatural dark power has taken control of this woman's immortal soul and the result is. . . she's depressed? No head spinning? No pea soup? No levitating? She's depressed? Well, shit most of the people I know must be possessed then.

She began to despise religious things, in an inexplicable way.

well, it might be explicable by the fact that you drag her to mass EVERY DAY. I mean, if you took me to see the Rolling Stones Every Single Day, I would probably eventually come to despise things that are Rolling Stones related.


When she went to a “healing mass,” there was a manifestation that indicated something dark and alien was at work in her.

Catholic exorcists today work in a professional way, ruling out all other medical possibilities to explain the behavior before they start.

Uh, no. No that can not be true. Because the first thing they would have done is send her to a psychiatrist. You tell the "professionals" that your wife is suffering from depression and doesn't seem her usual self, the first thing you'd do is prescribe her some Zoloft. You wouldn't say "i'm going to go ahead and put you down for a year's worth of exorcisms."

The exorcism of Nathan’s wife has not been a single event, but has required multiple sessions, which are still going on (Father Gabriele Amorth, the late chief exorcist of Rome, has explained in his books how this works.) Nathan has been part of the rituals.

This sounds like a bad  chiropractor. You ever go to a bad chiropractor? You come in once a week or twice or three times a week, depending on how big a sucker you are

and how much your insurance will cover. They crack your back, crack your neck, and  you feel a lot better for a few hours. Then you have to keep coming back because your back never really gets any better. That's what this sounds like. Like once a week you have an exorcism, the demons come out, you feel better, then later that night they come back in and you feel all possessed again and the cycle continues. Are they charging you by the session?

He told me that eight different spirits have manifested themselves through his wife. He’s been at this long enough now to discern which one is which. They revealed through the rituals that they entered into his wife’s family through her grandfather;, who was involved with the occult in a ritualistic way.

So it's contagious?
Or genetic?
Like even though you yourself have no connection to the occult, in fact you go to Mass Every Single Day, you still have the getting-possessed-by-demons gene passed down from your grandfather, so you're still gonna get possessed?  That seems unfair.


Nathan said that depending on which evil spirit manifests in a particular moment, his wife’s face contorts into expressions that he has never seen in her, despite their nearly two decades of marriage.

Mind you, Nathan is one of  the least woo-woo friends I have. Again, he works as what you might call a “symbolic analyst” in a very worldly occupation,

A "symbolic analyst?" He analyzes symbols?

So he's this guy:

Yeah, no way that guy would mistake mental illness for something supernatural and occultic!


“Once you’ve seen reality through the eyes of spiritual warfare,” he told me yesterday, “you can’t go back. It’s everywhere.” 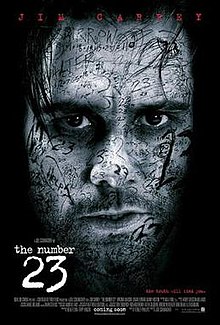 He told me other detailed stories, including accounts of bizarre, poltergeisty things happening in their apartment, and his wife being unable to stand the presence of blessed objects (a classic sign of possession)


So, shouldn't attending mass in a Catholic Church Every Single Day have had that effect? Wouldn't the devil be unable to stand being in the presence of the crucifixes and eucharists and holy water and whatnot? Shouldn't that alone have driven him out? Shouldn't he have realized "shit, I picked the wrong lady to possess. I am not going to be sitting through the mass every single day for the rest of this chick's life. I'm outta here!":

;Again, readers: if you knew these people, Nathan and his wife, you would be even more shocked by all this than you are now. This is the kind of family that takes European vacations, and lives a sophisticated cosmopolitan life. And yet this horror has overtaken them.

I don't really see what their vacation plans have to do with their likelihood to encounter dark forces? Are you implying that demonic possession is generally only a problem for the provincial?

The wife goes through periods in which she hears foul blasphemies, and feels compelled to commit suicide.


Oh my GOD, get this woman to a psychiatrist! This isn't about your religious beliefs. This woman needs help!

Or she would, if she existed.

In the exorcism sessions, Nathan says the demons, under compulsion from the exorcist, speak of these things — in particular, how they intend to destroy Nathan’s wife, and her family life.


So. . . the exorcist can compel the spirits to reveal their nefarious plans, but he can't compel them to leave?

0 Stars. Would Not Reccomend.

When will she be free of them? The exorcist can’t say. The fight continues, in regular sessions. In our long phone conversation yesterday, Nathan says that this ordeal has taught him about the power of prayer


WHAT????
It hasn't worked in over a year?
There doesn't even seem to have been any progress!
The Power of Prayer?
This is about the best argument AGAINST the power of prayer I've ever heard!

Nathan, the sort of man who would have been played by Jimmy Stewart or Jack Lemmon in a 1950s movie, told me that having entered into this world, he has learned that more and more ordinary people like him and his wife are turning to exorcists. He has come to see that the demonic attacks on marriage and family are increasing — and he wants people to know that there is hope.

No there isn't! There is no hope! Your professional exorcists have been at this for a year and your wife isn't getting any better! Where in this scenario are you seeing "hope?"

Also, Jimmy Stewart and Jack Lemon were two very different actors. No way they would be up for the same role.
And why are you even talking about who would play Nathan in the movie? Is this a treatment for a screenplay you're working on? 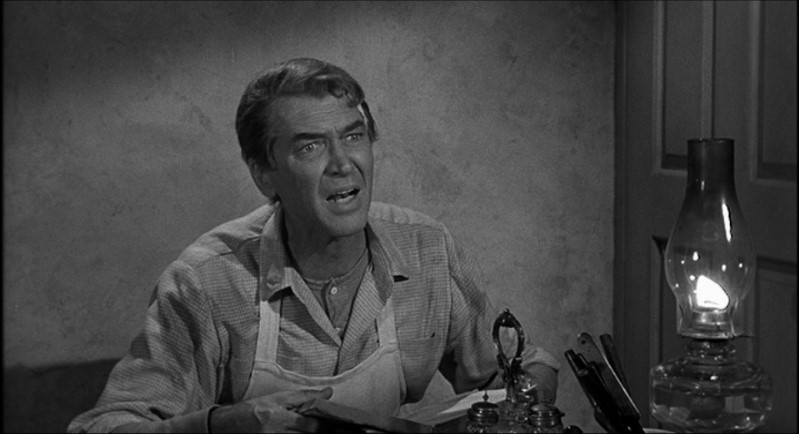 Well now, now you just come on out of there you, you, you Demon!

I don’t know how I would do if I were in a situation in which I would be lying in bed at night, and my wife blurted out, “I hate you!” and then started growling in an otherworldly voice. That’s Nathan’s reality now. He is not afraid.


What?
He's not afraid?
He is lying in bed next to a woman who supposedly has at least eight different actual, literal demons inside her. And they are apparently contagious. And the professional exorcist has been unable to get rid of them. How could you possibly not be afraid?

Also, there is no way that your wife doiesn't blurt out "I hate you" every time you join her in bed. It's probably just under her breath.