Okay, that seems reasonable. Every computer has to have porn-block software so that parents can switch on the blocker when their kids have access to the computer. Seems fair that people should have that option. Oh, wait. This is South Carolina. I must be missing something.


An Upstate legislator is hoping to prevent anyone who buys a computer in South Carolina from accessing pornography.
State Rep. Bill Chumley, R-Spartanburg, said the Human Trafficking Prevention Act would require manufacturers or sellers to install digital blocking capabilities on computers and other devices that access the internet to prevent the viewing of obscene content.

Okay, first of all, Human Trafficking is an extremely serious problem. It's an incredibly heinous crime and for you to lump consensual adults getting it on on camera in with this atrocity is not only dishonest, but really shitty.


The bill would fine manufacturers or sellers that sell a device without a digital blocking system installed. But any manufacturer or seller that didn't want to install the system could pay a $20 opt-out fee for each device sold.

How is that a law? You must do this. Unless you don't want to bad enough to pay twenty bucks.


Any buyers who want the filter lifted after purchasing a computer or device would have to pay a $20 fee, after verifying they are 18 or older. Right, because it's not like young people could figure out a way around a filter. No one is less computer savvy than kids!

“If we could have manufacturers install filters that would be shipped to South Carolina, then anything that children have access on for pornography would be blocked,” Chumley said. “We felt like that would be another way to fight human trafficking.”


Um, I'm sorry, what exactly is the connection here?
How is preventing children from seeing pornographic images (a laudable goal) connected to fighting human trafficking (another laudable goal)?

Look, South Carolina, just come out and say it. You want to stop folks from pleasuring themselves. You are just so afraid that someone might have a non-reproductive, non-marital climax that you're willing to pass laws putting blocks on computers because oh my god, what if someone see a boob? 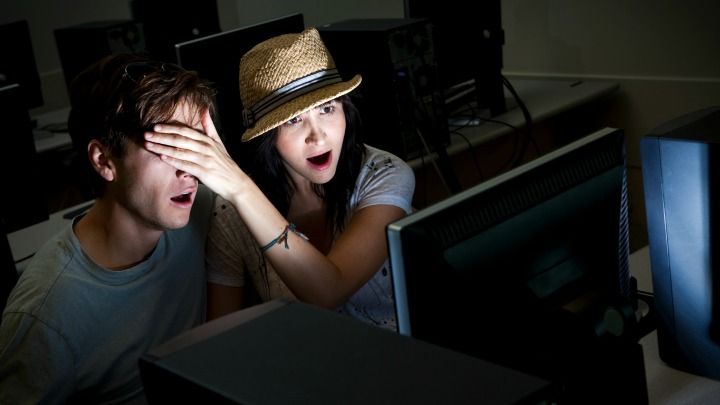 Why, they might get impure thoughts! And a man might be tempted to touch his own penis! And honestly, a man touching a penis? How is that not gay? Looking at naked ladies might turn men gay! And then where would we be? All our men leaving South Carolina to move to San Francisco or New York City or wherever those types live! It's a slippery slope from seeing a boobie to the entire population of South Carolina dying out!

Plus, it might make Jesus sad, and isn't that the real reason we have legislators? To make laws that keep Jesus happy?