Thanks, I Feel So Much Manlier Now! 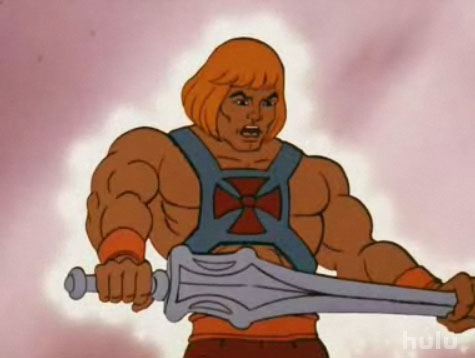 Did you know that there is a "Manhood Academy" on the Internet?

No? Well, you're probably a sissy-pants, that's why!

If you're a real stud-man like me, you can enter the academy here: What? The Village People were totally Macho! One of them's a cowboy, for God's sake! Sheesh!

Anyway, here's what these dudes are all about:

Manhood Academy is the first training and research center of its kind. Backed by a global community of men, we've worked to reestablish a healthy male culture that can effectively address its social expectations.

See, I didn't even know that my man-rights were under attack until I ran across these guys.

Anyway, here are their goals:

Expose Feminism: On the surface, feminism appears to be concerned with equal rights for women. But in reality, this dangerous social philosoophy has damaged the proper relationship structure between men and women.

They have a point. Women with rights? Sounds pretty dangerous to me. Pretty soon they'll want to drive cars and have control over their own bodies! Insanity!

Retrain men: Too many men have been emasculated by Feminism. They don't know how to lead women, socialize with other men, make decisions, meet their needs or stand up to the emasculating "bitch" behavior of dysfunctional women. By retraining men to effectively wield their authority, we hope to improve their lives and make them effective leaders.

Ack! What's with all the castration imagery? But, yeah, most men have no idea how to socialize with other men. That's why you never see a sports-themed bar or hunting / fishing supply shops anymore. Gone, all gone. Replaced by girlie places like Hooters and Cigar bars. Retrain women: Too many women have been cheated by Feminism. They have been erroneously taught to compete with men by usurping male authority. This completely neglects the importance of fulfilling different gender functions. These functions are meant to complement rather than than compete with each other; men should be in charge of women as a means of caring for female needs. . .

This one actually goes on for quite a while, but I think the main point is that it's just silly to think that women could take care of their own needs. I mean, what are they going to do, get jobs? Buy their own stuff? Have satisfying non-sexual relationships with non-men? It's crazy, right? Support male culture: Only healthy, happy, competent men are in a position to properly care for others. Yet Feminism's constant assault on male culture along with its demonizing of male sexuality and belittling of male leadership makes this virtually impossible.

You know, there's really no need to go around assaulting male culture. Just because male culture sometimes includes date rape and the occasional domestic assault, I mean come on! Boys will be boys! So, anyway, to save you the trouble of clicking on to the website, I copied a list of their FAQ's and I will try to answer them myself, so you wimpy guys don't have to embarrass yourselves in front of real men.

Q: Why was Manhood Academy created?

A: Duh, to get a bunch of men who are having doubts about their manliness together to do manly things like, say, wrestling. Q: What is manhood? What's it for? Why do men even need to be aware of it?

A: What's it for? To compete with other men. To see whose manliness is bigger. Or firmer. Or more. . . um, you know, competition. Like sports! Q: Why are you guys against Feminism? Do you hate women?

A: No, of course not! Not all women! We like the ones who will have sex with us and/or make us food! The other kind, yeah we kinda do hate them. We don't hate these women!

Q: Why should a woman "submit" to a man? That sounds like outdated, blatant sexism?!

A: You say that like it's a bad thing!

Q: Why do you guys use misogynistic terms like "cunt" and "bitch"? Isn't that hate speech? Why resort to name-calling?

A: Um, because it's easier than coming up with well-reasoned arguments!

Q: What if I strongly disagree with something on this site? Am I allowed to respond to anything said on here?

A: Sure, queer. Go ahead and disagree, homo!

Q: I read something else that interested me, and I want to try some other method/system. Hopefully this will work better than the Manhood Academy.

Q: I'm offended by your misogynist terminology. Why do you use such hateful speech?

A: Because fuck you! What are you a girl? Posted by Professor Chaos at 5:27 PM 14 comments: Links to this post