Ever since ABC aired footage of a "therapist" at Marcus Bachmann's horrible bullshit clinic offering to "cure" a gay guy, the right wing has cranked up the old phony outrage gin.


Bachmann & Associates, the Christian counseling center owned by Rep. Michele Bachmann (R-Minn.) and her husband Marcus, is coming under fire from a radical, pro-homosexual group for allegedly ministering to homosexual clients.

Wow! where to begin? "Radical?" Pointing out that the "ex-gay" movement is full of harmful bullshit is "radical?" I would think trying to change a person's sexuality would be quite a bit more "radical" than pointing out that people are actually trying this.
And "allegedly ministering to homosexual clients?" What are you saying here? We don't accept any clients that are gay? You don't "minister" to them? Your employee wasn't allegegdly caught on tape "allegedly" ministering to an "allegedly" gay client?

Once a greatly feared investigative reporter, Brian Ross has been reduced to recycling left-wing material from the homosexual lobby. But the pathetic hit job he narrated on Monday’s ABC Nightline show on GOP presidential candidate Michele Bachmann has backfired in a big way. The charge was that the Bachmann family counseling service engages in terrible things by teaching homosexuals how to leave their disease-ridden lifestyle.

Pathetic hit job? Showing footage of something that actually happened is a hit job?

Ross called this method of counseling, which emphasizes religious conversion, “highly controversial” and said it “could become a campaign issue.” Ironically, however, he presented evidence that ex-homosexuals do in fact exist

"Highly controversial" is really the most generous description one could give of ths so-called "therapy." And what he presented evidence of is the existence of deluded repressed closet-cases who like to claim to be "ex-gay."
The Brody FileHit Job by ABC News Against Michele Bachmann and Conservative Christians?

Ladies and gentlemen, we have found Exhibit A when it comes to media bias against conservative evangelical Christians. Congratulations to Brian Ross and his ABC News Investigative Unit!

Ross and the crew decided to do an “undercover investigation” about the use of reparative therapy at the Christian clinic owned by Michele and Marcus Bachmann. It is designed to convert gays back to heterosexuality through prayer and a therapeutic clinical process.

Apparently, Brody didn't get the memo. The Bachmanns adamently deny that their clinic engages in "reparative therapy." Even though they totally do.

Um, no. No, they did an investigation to make the point that this DOESN'T work.

Secondly, let’s search for editorial balance in the piece. OK. I’m done. There wasn’t any.

Um, yeah, you don't need editorial balance for a piece showing that the world isn't flat, or that werewolves aren't real or that ex-gay therapy is bullshit.


Finally,in terms of the conservative evangelical response, ABC News and Ross’s crew could have mentioned the group Exodus International who defines its mission as, “Mobilizing the body of Christ to minister grace and truth to a world impacted by homosexuality.”

Also, they didn't have on a representative of the Flat Earth Society, or any cryptozoologists.
Posted by Professor Chaos at 10:23 PM No comments: First these aquatic plants, next your freedom!
Yes, the new scariest, most dangerous threat to the teabaggers' liberty is manatees. Or, technically, federal protections for manatees.

A Citrus County tea party group has announced that it's fighting new restrictions on boating and other human activities in Kings Bay that have been proposed by the U.S. Fish and Wildlife Service.

Hmm, that doesn't sound crazy yet. People opposed to restrictions on their activities. But I'll bet they don't go one more sentence without it turning looney.

"We cannot elevate nature above people," explained Edna Mattos, 63, leader of the Citrus County Tea Party Patriots, in an interview. "That's against the Bible and the Bill of Rights."

The Bible and the Bill of Rights. Well, buckle your sanity belt, it's going to be a bumpy night!

You know, I'll give you the Bible. there is probably a passage in there somewhere that says people are more important than animals, I sure don't have time to read the whole book to find out, so I'll just concede the Bible. But the Bill of Rights?To  which amendment specifically are you referring? Where does it say that "the right of the people to run over large aquatic mammals with outboard motors shall not be infringed upon?"

Right after the right to openly threaten armed insurrection!

Last week, Mattos, who says she has 800 members signed up on her group's website, and other tea party members picketed outside a public hearing on the new rules. Because they weren't allowed to bring their signs inside, she said, "my anger took over" and she sent a sharply worded e-mail to thousands of tea party members across Florida, urging them to write to Congress to block the Fish and Wildlife Service.

A sharply worded e-mail? That's what happens when your anger takes over?

To Mattos, what the agency has proposed will erode private property rights. She predicted they will prevent people who own waterfront land from tying up boats at their docks "because you can't have anything that interferes with the manatee because they'll get trampled on."

Who will get trampled on? The manatees?  The people who interfere with manatees? Will the manatees be doing the trampling? I don't get it.


Current regulations have helped boost the manatee population from 100 to 500, so clearly they're sufficient, Mattos said. In fact, in her view, the manatee rules tie in to global development issues.

"We believe that (federal regulators') aim is to control the fish and wildlife, in addition to the use of the land that surrounds this area, and the people that live here and visit. … As most of us know, this all ties in to the United Nations' Agenda 21 and Sustainability."

Agenda 21? Do I dare peek down that rabbit hole?

I wouldn't recommend it!
Oh, what the hell. Maybe just a quick Google search.

UN Agenda 21 - Coming to a Neighborhood near You

By Scott Strzelczyk and Richard Rothschild
Most Americans are unaware that one of the greatest threats to their freedom may be a United Nations program known as Agenda 21. The United Nations Department of Economic and Social Affairs, Division for Sustainable Development created Agenda 21 as a sustainability agenda which is arguably an amalgamation of socialism and extreme environmentalism brushed with anti-American, anti-capitalist overtones.

Is the Soros-Sponsored ‘Agenda 21’ a Hidden Plan for World Government?

(Yes, Only it Is Not Hidden)

AGENDA 21 - SUSTAINABLE MEDICINE + SUSTAINABLE DEVELOPMENT = DUTY TO DIE!!  "If you think globalism, Agenda 21 and "community plans" only concern the environment under the noble banner of "saving the earth"... YOU COULD VERY WELL END UP "DEAD" WRONG, as in "dead as a do-do bird!"
Sustainable Medicine + Sustainable Development = Duty to Die
The UN global agenda and "Global Management System" is ALSO about the medical mafia and "sustainable medicine" under the rubric of "sustainable development", better known as

Dr. Kavorkian was just the initial volley to condition the masses concerning "quality of life".
These qualify of life issues concern not only the "right to die"... but the requirement that you DO!

The Citrus County tea party group's website says Agenda 21 is "designed to make humans into livestock."
Mattos said she enjoys showing off the manatees to her grandchildren, but she had little use for the Save the Manatee Club, explaining, "If some of these environmental movements had been around in the days of the dinosaurs, we'd be living in Jurassic Park now." 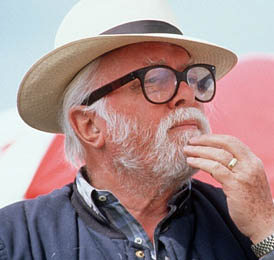