Jeezus Christ, Florida! Are you trying to win the "most horrible fucking state in the union" award? Republican Alan Hays said he’ll introduce in November his one-page bill that simply states that students in the 1,700 Florida public high schools and middle schools are to be shown the film unless their parents object.


“I’ve looked at history books and talked to history teachers and the message the students are getting is very different from what is in the movie,” Hays said. “It’s dishonest and insulting. The students need to see the truth without political favoritism.”


He said, without any sense of irony at all.

Because, I guess it's not political favoritism if the political point of view being favored is yours? Does that make sense? I don't think that makes sense, but I can't figure out any other way for that sentence to make sense either.

To that end, Hays said he wouldn’t object if teachers paired America with a liberal film to show the political differences. Indeed, many schools already show Al Gore’s An Inconvenient Truth

“The most dreaded disease in America today is political correctness. We need to inform our students of our whole history, and teach them how to think, not what to think,”


And you're going to accomplish this by forcing them to sit through Triumph of the Will America: Imagine the World Without Her?  You are going to teach students how to think, not what to think by showing them right-wing propaganda? 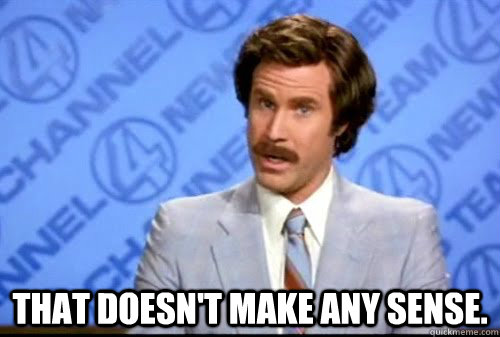 I watched the trailer for this movie. It's pretty ridiculous.

Apparently, among the things that we as Americans are to be proud of, the things that could only happen in America are Martin Luther King Jr's "I have A Dream Speech" which could never have happened without several hundred years of slavery, Jim Crow and white supremacy, so ya know, great job, America!
We're supposed to be proud of the iPhones that are made by Chinese children in appalling inhuman conditions.
We're supposed to believe that only in America could a man be sent to walk on the moon, as if we are just going to forget that the reason we went to the moon is because we were afraid that the Russians would get there first, and had we not sent Neal Armstrong to the moon, there would be some Russian dude famous for being the first man on the moon.
We're supposed to be proud of Jackie Robinson, which makes sense, but I guess we're supposed to ignore the fact that it took how many decades before one major-league baseball team finally allowed one black player to join. And we're supposed to ignore the fact that Robinson's career involved putting up with a steady stream of insults, death threats, and various humiliations from fans and other players alike.

But we're supposed to imagine in horror the thought of a world in which America did not exist. Okay, I like a good thought experiment. Let's imagine. . .

Well, I imagine the people of Iran still having their democratically-elected government in place, meaning there would never have been an Islamic revolution and the Ayatollah would be just another obscure religious leader.

I imagine the people of Chile not having their duly-elected presidente' overthrown, so no one ever has to coin the phrase "death squad."

I can imagine many thousands of young African men and women not being kidnapped and forced into slavery.

Oh, and speaking of slavery, it's worth looking at what D'Souza has to say on the subject. It tells you a lot about how guys like him think:


“Did America owe something to the slaves whose labor had been stolen?” D’Souza writes in the book … The answer is yes, but “that debt … is best discharged through memory, because the slaves are dead and their descendants are better off as a consequence of their ancestors being hauled from Africa to America.”

Okay, that is a lot of horribleness for one paragraph, but look past the usual racist blather about how slavery happened a long time ago and there are no residual effects on the descendants of slaves, and gosh aren't they better off living in the greatest country in the world blah, blah, blah. . . We're used to hearing that crap from right-wing assholes. Just look at the first sentence.

“Did America owe something to the slaves whose labor had been stolen?
So, that's it? Their labor had been stolen? When your boss shorts you on your paycheck, you've had your labor stolen. These people were enslaved. They were robbed of their freedom, their autonomy, their dignity and their humanity. They were treated as livestock. Often they were treated worse than livestock. 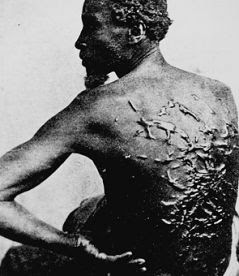 a
Posted by Professor Chaos at 7:12 PM 2 comments: Links to this post