3 People who feel entitled to their own numbers

Yeah. He got elected with that slogan.


After many years of Republican governance, Georgia surprisingly ranks dead last in unemployment.

Georgia's unemployment rate jumped to 8.1 percent from 7.7 percent in July to the highest among all the states. It was followed by Mississippi at 7.9 percent.


So, naturally, Deal has questioned whether some mysterious  entity might be "influencing" the Bureau of Labor Statistics:

“It’s ironic that in a year in which Republican governors are leading some of the states that are making the most progress, that they almost, without exception, are classified as having a bump in their unemployment rates,” he said in a clip circulated by the Democratic Governors Association. “Whereas states that are under Democrat governors’ control, they are all showing that their unemployment rate has dropped. And I don’t know how you account for that. Maybe there is some influence here that we don’t know about.” Or maybe that's what they want you to think!

Asked to clarify the governor’s remarks, a Deal spokeswoman pointed out that the federal Bureau of Labor Statistics had in previous years reported high unemployment rates in July and August only to revise them downward the following year.
“Given the increase in jobs we’ve seen this month, the BLS’ pattern of downward revision and the drop in unemployment claims, the number doesn’t make sense,” said the spokeswoman, Jennifer Talaber. “States with Republican governors across the country are also seeing spikes in their unemployment rates.”

Why, it's almost as if Republican economics don't work or something!

Whenever someone takes the time to look at one of Ryan's proposed budgets, the obvious thing that jumps out at them is that the enormous decrease in revenues will inevitably lead to even larger defecits.

So, rather than revise his numbers, Ryan would rather change how the math is done:

He tells Klein, “Those of us who live in the tax system want to lower everybody’s tax rates.” If you lower everybody’s tax rates, then everybody will be paying less in taxes, and then the government will have less revenue, right? That’s where Ryan’s solution comes in: He plans to press the government budget agencies to adopt the optimistic assumption he prefers, which is that cutting tax rates for the rich creates faster economic growth. Ryan spent much of the Bush years assailing what he called “static scoring,” which is the standard budget practice of measuring the fiscal impact of tax cuts as if they do not contain magic pixie dust.

Because if you're just going to assume that less money coming in results in having less money, then I just don't think we have anything left to discuss! Obviously cutting revenue decreases the deficit, because I really really want it to! 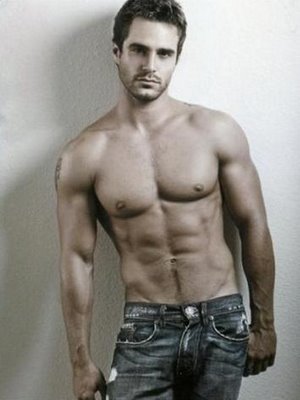 As far as you know.

Because I know damn well that I weigh a nice even 200 pounds, no matter what the scale at my doctor's office says.

Posted by Professor Chaos at 6:38 PM 2 comments: Links to this post

Eric Holder To Step Down As Attorney General Posted by Professor Chaos at 6:06 PM No comments: Links to this post

I've been having a back issue that makes sitting at the computer for long stretches very uncomfortable. So posting will likely be spotty for a little while.
Posted by Professor Chaos at 5:59 PM 7 comments: Links to this post