I've been very neglectful of the internet lately. Dear, sweet internet, please forgive me You were always on my miiiiiind!

Anyway, my neglectfulness has caused me to miss things. So many things. So now I will try to get caught up on all the things. 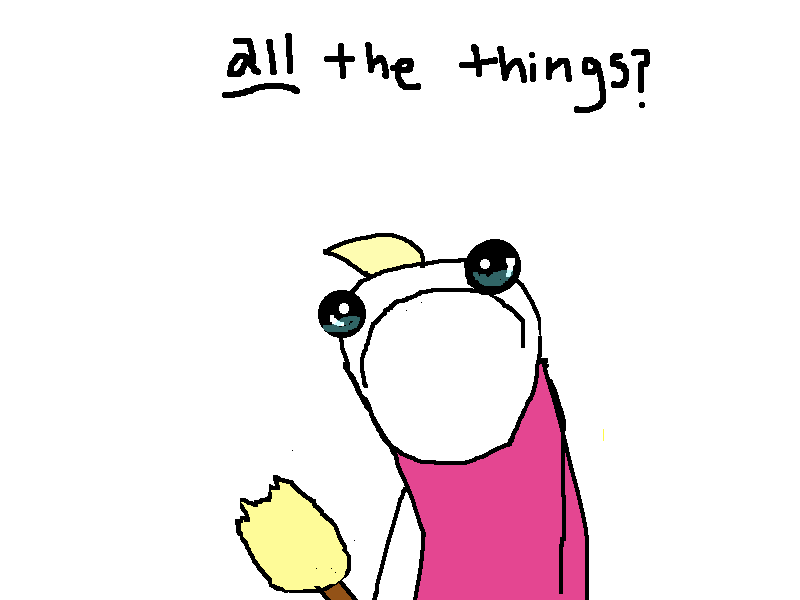 Some of the things.

Apparently we need to send a bunch more troops into Afghanistan because, you know, those kids aren't just gonna blow themselves up, right? So Il Douche has brought in some advisors to present him with options.


Because who knows more about military strategy than fucking businessmen, right?


Oh. Sure. That makes sense.You're asking two guys who own mercenary armies what sort of troop deployment strategies to use. Makes sense. Just like asking me for a plan to get rid of excess cheesecake, there's no way their answers will be predictable and shamelessly self-serving.


Erik D. Prince, a founder of the private security firm Blackwater Worldwide, and Stephen A. Feinberg, a billionaire financier who owns the giant military contractor DynCorp International, have developed proposals to rely on contractors instead of American troops in Afghanistan at the behest of Stephen K. Bannon, Mr. Trump’s chief strategist, and Jared Kushner, his senior adviser and son-in-law, according to people briefed on the conversations.

Oh, wow! What a shock! Steve Bannon is involved in a plan to kill lots of brown people? Quelle surprise!


By the way, you ever notice that white supremacists never look like Chris Hemsworth? 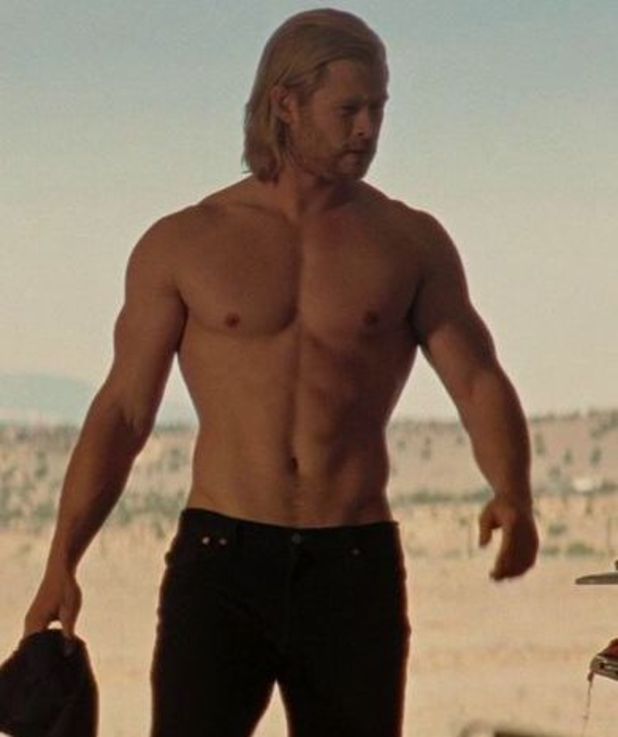 I mean, Hemsworth is pretty much the Aryan ideal ubermensch, you'd think it would be people like him who would go around feeling all superior to everyone. But no, it's always people like Bannon, that talking gin blossom in an ill-fitting human costume, who by rights have no call to ever feel like they're better than anyone who cling to this doctrine of racial superiority to keep from having to admit that they are a genetic trashcan. As long as their identity is centered on whiteness, I guess that becomes a basis to feel that someone like this : is in the same category of humanity with someone like this:


Thing #2: Cheeto Mussolini was at the G20 in Germany and figured that a summit of world leaders was the perfect place for his daughter to get a turn pretending to be president, so he had her sit in for him when he left the room to go drunk-Tweet FOX hosts or whatever he does when he gets bored listening to the grownups. Anyway, that wasn't the funny part. the funny part was this rationale for having Binkie fill in for him:


Yeah, because you know how it is at the G20, you get up for two minutes and someone steals your seat! Then you end up sitting at the nerd table while the cool kids sit there being all cool without you. You definitely have to have someone hold your seat for you when you're off looking for women to grab by the crotch.


Back to the Center, Democrats

The path back to power for the Democratic Party today, as it was in the 1990s, is unquestionably to move to the center and reject the siren calls of the left, whose policies and ideas have weakened the party.

Okay, let's see. . . the Dems nominated the poster girl for moderate centrism, Hillary Clinton, and they lost to a drooling imbecile with zero qualifications and a toddler's temperament. And the lesson you drew from this humiliating defeat was "move to the center?" How is that possible?

In the early 1990s, the Democrats relied on identity politics, promoted equality of outcomes instead of equality of opportunity and looked to find a government solution for every problem. After years of leftward drift by the Democrats culminated in Republican control of the House under Speaker Newt Gingrich, President Bill Clinton moved the party back to the center in 1995 by supporting a balanced budget, welfare reform, a crime bill that called for providing 100,000 new police officers and a step-by-step approach to broadening health care. Mr. Clinton won a resounding re-election victory in 1996 and Democrats were back.


Yeah, a "resounding" victory. He won 19% of the popular vote. If Ross Perot hadn't decided to tilt at the presidential windmill a second time, he might have lost to the gruff centenarian Bob Dole.

But the last few years of the Obama administration and the 2016 primary season once again created a rush to the left. Identity politics, class warfare and big government all made comebacks.


Um, only if you're watching FOX where every breath Obama took was considered a radical leftist big-government act of treason. When did he move to the left? The ACA was his first term, so was the Lily Ledbetter Act. What big government programs came during the last years of his administration?

Candidates inspired by Senator Bernie Sanders, Senator Elizabeth Warren and a host of well-funded groups have embraced sharply leftist ideas. But the results at the voting booth have been anything but positive: Democrats lost over 1,000 legislative seats across the country and control of both houses of Congress during the Obama years. And in special elections for Congress this year, they failed to take back any seats held by Republicans.

And when the Democrats ran outspoken progressive candidates like Elizabeth Warren, Al Franken, or Sherrod Brown, they won. When they ran centrist milquetoasts like Michelle Nunn or Martha Coakley, they lost.

And who are these "well-funded" groups embracing "sharply leftist ideas?" I can't think of a single one.

Central to the Democrats’ diminishment has been their loss of support among working-class voters, who feel abandoned by the party’s shift away from moderate positions on trade and immigration, from backing police and tough anti-crime measures, from trying to restore manufacturing jobs. They saw the party being mired too often in political correctness, transgender bathroom issues and policies offering more help to undocumented immigrants than to the heartland.


Okay, I am really sick of this trope. You do not have to choose between "identity politics" and progressive economic measures. The Republicans have no problem promoting their destructive economics while donning the mantle of the good ol' boy rural gun-toting, WalMart-shopping, pickup-driving, country-music-listening Bible-thumper. So why should Democrats? How hard is it to say "we support progressive taxation, a livable minimum wage, and equality for women, minorities, and the LGBT community?" It's one sentence. It's a flase choice and I'm sick of the "conventional wisdom" brigade treating it as if it were an inescapable truism.

Also, you think what voters want is "moderate positions?" How do you explain this?

Why Bernie Sanders Is The Most Popular Politician In America


It's actually not even that shocking that Sessions would address a hate group, but the event was closed to the press and they won't say what he said to them?


Sessions addressed members of the Alliance Defending Freedom, which was designated an “anti-LGBT hate group” by the Southern Poverty Law Center in 2016, at the Summit on Religious Liberty at the Ritz-Carlton, Laguna Niguel, in Dana Point, California.

According to the Southern Poverty Law Center, the Alliance Defending Freedom is a legal advocacy group founded in Scottsdale, Arizona, in 1994 that “specializes in supporting the recriminalization of homosexuality abroad, ending same-sex marriage and generally making life as difficult as possible for LGBT communities in the U.S. and internationally.”

The secretary of education will hear personal stories from those claiming they were falsely accused of rape, as well as a ‘men’s rights’ group.

Secretary of Education Betsy DeVos will hear personal accounts on Thursday from two former students and attorneys representing men who allege they were falsely accused of rape, according to a spokesperson for Stop Abusive and Violent Environments (SAVE), a nonprofit that is described by the Southern Policy Law Center (SPLC) as promoting misogyny. The ex-students meeting with Secretary DeVos are Joseph Roberts, a retired Navy serviceman who previously lobbied members of Congress about what SAVE describes as the “military’s sexual assault witch hunt,” and Jonathon Andrews, a representative from SAVE who claims he was the victim of multiple false accusations that were meant to punish him after Andrews alleged that he was sexually assaulted by a member of his fraternity.


Yeah, those are the kind of people who should be taken seriously. These are clearly people who deserve to have their stories heard by a god damned cabinet member. The guy who thinks that the military -- THE MILITARY!-- is too overzealous in its rape prosecutions. And a guy who somehow mysteriously keeps having accusations of rape leveled at him for some unknown reason because obviously he didn't do any rapes, duh!
So Betsy DeVos heard about the rape crisis on America's college campuses and thought "they're right. There totally is a huge problem with these awful women going around accusing these fine young men of rape! I must meet with these poor unfortunate men!

And I'm sure there have been more things. Many many things that we haven't touched on here. But honestly, it's too much already.
Posted by Professor Chaos at 7:52 PM 4 comments: Links to this post