Nutsos are building their own communities, walled-off sanctuaries from the unpleasantries of modern life like facts, information, civilization, etc. Oh, and they're going to be heavily armed, in case you were wondering.

So, what would life be like in one of these communities? Let's have a look, shall we?

This is the Citadel.

Not to be confused with the military college in South Carolina, this Citadel is more like the town of Woodbury in the Walking Dead. For example, as of now, neither actually exists.

The Citadel is evolving as a planned community where residents are bound together by:

So, basically, a big group of jerks?


DESCRIPTION: The Citadel Community will house between 3,500 and 7,000 patriotic American families who agree that being prepared for the emergencies of life and being proficient with the American icon of Liberty — the Rifle — are prudent measures.


So everyone's toting around rifles. What could possibly go wrong?

LOCATION: We are in the process of selecting the ideal location among the beautiful mountains of Idaho in the American Redoubt.


Yeah, I didn't know what that meant either. Apparently "The American Redoubt" is how militia/survivalist types refer to the  Idaho/Montana/Wyoming area, because probably they think that Deadwood was a documentary about the  present-day Mountain West.

Kim Murphy, a reporter for The Los Angeles Times summed up one motivation for the movement: "For a growing number of people, it's the designated point of retreat when the American economy hits the fan. When banks fail, the government declares martial law, the power grid goes down."[5]
-Wikipedia


So, basically FREEDOMMMMMMMMMM!!!!!
No taxes, no HOAs, so no one's financing any kind of local government. Sounds like some kind of Utopian hippie commune, except with guns. Lots and lots of guns.

HOUSING DETAILS: All homes will be built of poured concrete for exceptional strength and durability.

Oh, and there's a "Patriot Agreement" everyone has to sign. You can see the whole thing here, if you're interested.  Here are a couple of highlights:


That is weirdly specific, and with no way of financing local government, I don't know who's going to enforce these rules.

Four: Every able-bodied Patriot of age within the Citadel will maintain one AR15 variant in 5.56mm NATO, at least 5 magazines and 1,000 rounds of ammunition. The responsibility for maintaining functional arms and ammunition levels for every member of the household shall fall to the head of household.


Hmm, huge ammounts of ammunition combined with patriarchy? Where do I sign up?

Five: Every household within the Citadel will remain stocked with sufficient food, water, and other preparedness essentials (to be detailed elsewhere) to sustain the needs for every member of the household for a duration of one year.


Because if we can stay hidden for a full year, eventually the black helicopters will give up and look elsewhere.


Eight: All Patriots, who are of age and are not legally restricted from bearing firearms, shall agree to remain armed with a loaded sidearm whenever visiting the Citadel Town Center. Firearm shall be on-the-person and under the control of the Resident, not merely stored in a vehicle.


Oh, my God, it's Dodge City. Not the real Dodge City where visitors had to check their firearms at the Sheriff's Office and retrieve them when they left, but the constant shootout-riddled Dodge City of the movies. 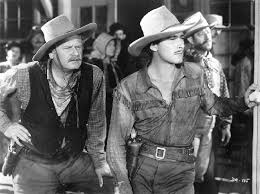 With any luck, this could be us in a few years!


Nine: Each household will provide ONE able-bodied Patriot (aged 13 or older) who shall muster one Saturday per month for Martial/Support Training for neighborhood-level training & musters, as set forth by the Militia Commanders of the Community.


Anyway, it goes on and on like this, just textbook paranoia type nonsense. One would think that they would have trouble attracting applicants, but according to their website:


Even before unveiling our national advertising campaign, more than 200 families reserved space within our community!

But you know what definitely is profit-driven?

Or whatever he's calling it. (From Beck's stupid website)

Glenn unveils his most ambitious and visionary dream: Independence

The ambitious project, projected to cost over two billion dollars, has been heavily influenced by Walt Disney.


Thank God Walt's not around to see what he has spawned!

As Glenn has been explaining throughout the week, Disneyland was originally intended to be a place where people would find happiness, inspiration, courage and hope. Over time, Walt Disney’s original vision has been lost. While hundreds of thousands still flock to the town, it’s become commercialized and the big dreams and the heart have been compromised.


Right. Disneyland was never envisioned as a money-making venture! It was a labor of purest altruism! By the way, Glenn, since when do you Ayn Rand disciples object to things being "commercialized?" And since when do you admire people who selflessly try to inspire people and spread happiness?


While Independence is very much a dream at this point, the proposed city-theme park hybrid would bring several of Glenn’s seemingly disconnected projects into one place. Media, live events, small business stores, educational projects, charity, entertainment, news, information, and technology R&D – all of these things would have a home in Independence.

You want an Ann Taylor, go some place else… This is where people work and create their own businesses, quintessentially American businesses.


Yeah, fuck you, Ann Taylor, founded in New Haven, Connecticut by the son of a dressmaker! We want American businesses!

Anyway, there's a bunch more at his awful website, or there's a good summary here, if you're interested, but suffice it to say, there's no way either of these little communities end well.
Posted by Professor Chaos at 10:56 PM 2 comments: Links to this post

See, This is why we need more and better background checks

Michael L. Selleneit, 54, appears to have decided that his defense to shooting a neighbor was not particularly promising. After Selleneit shot Tony Pierce, 41, who lived in a nearby trailer, he claimed to have acted in defense of his wife who was being “telepathically” raped by Pierce.


Background checks might weed out the dangerously mentally ill, before they get a chance to do this kind of harm.

Selleneit’s wife, Meloney Toone Selleneit, is accused of buying the gun for him and encouraging him to “go for it” before he shot Pierce. She is charged with criminal solicitation and possession of a dangerous weapon by a restricted person.

Also, maybe we could weed out people who are married to psychopaths.

Posted by Professor Chaos at 9:20 PM No comments: Links to this post

NEW ORLEANS -- Starting Feb. 1 Louisiana will stop offering hospice care services to most patients on medicaid.
The Louisiana Department of Health and Hospitals is eliminating the service to families in the state due to state budget cuts.


Hospice care? They're cutting hospice care?
I just don't have any words for how contemptible this move is.

My mother and my mother-in-law both had hospice care in their last days, I've seen up close how invaluable this service is. I can not imagine what kind of an unfeeling, inhuman reptilian would even consider cutting this amazing service.

The Louisiana Department of Health and Hospitals say the elimination of hospice care for medicaid patients will mean nearly $3.3 million in savings this year alone.


That's it? $3.3 million? At this point, you're just cutting hospice care for the sake of cutting it! You're causing unnecessary  suffering for no reason. I used to think Bobby Jindal was just a moron, but apparently, he's also unbelievably evil.
Posted by Professor Chaos at 8:53 PM 1 comment: Links to this post