Jeez, can we please get rid of this guy? 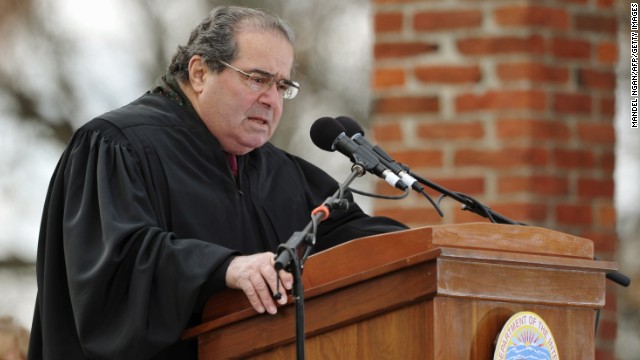 
Yes. It is. It's really one of those super-easy ones. You know how a lot of things aren't really black and white? But this one totally is. It's like debating about the morality of child-molesting, or serial-killing.

"I think it is very facile for people to say 'Oh, torture is terrible,'" he said.


Um, I know you mean that sarcastically, but it really is facile. As in easy. Because condemning torture really doesn't take a lot of philosophical pondering. It's like asking what color is an orange? It's obvious.

"I think it is very facile for people to say 'Oh, torture is terrible,'" he said. "You posit the situation where a person that you know for sure knows the location of a nuclear bomb that has been planted in Los Angeles and will kill millions of people.
"You think it's an easy question? You think it's clear that you cannot use extreme measures to get that information out of that person?"

Okay, fine. If you ever find yourself trapped in an episode of 24, then sure. If you actually find yourself in this situation in which no one has ever been or ever will be, then sure go ahead. But since all the torture that was committed in our names, the torture about which we are talking, occurred in the real non-television world, I hardly think your nightmare scenario is all that relevant. It's just a thing people make up when they can't think of any other way to justify committing crimes against humanity.

Scalia also discussed the death penalty, saying he thinks it's "too bad" that a campaign in Switzerland to re-institute capital punishment has been thwarted by the the country's membership in the Council of Europe, which has made the issue a requirement for all participating countries.

Of course. Of course he wants to kill people. Hey, maybe we could execute prisoners after torturing confessions out of them! Just like Jesus would want. Pro Life!

Okay, no it's not "written in the sky," but we have all come to an agreement on what they are. There is a "Universal Declaration of Human Rights." We are a signatory to it. There's no debate on this.


No, that's Civil Rights. Every country has different civil rights. Some places have freedom of speech, others don't.  In some countries, the accused is entitled to a lawyer, not in others. these are civil rights. Human rights are universal. That's why they are called human rights, not national rights, or local rights, because they apply to all humans.
You really think it's OK for a country like North Korea or Saudi Arabia to decide what human rights means in their countries? I know, they already do, but do we really want to say we're okay with it? Do you really look at, say someone being tortured to death for criticizing the dear leader and say "hey, that's just what they have decided that human rights are for that country?" That's wrong no matter what country you're in. Maybe we can't do anything about it, but we sure as hell don't give it our implicit stamp of approval by pretending that human rights vary from one culture to another.

And he brushed off questions about whether Supreme Court decisions opening the door for outside groups to spend unlimited sums of money on elections have hurt the country, saying that "the amount of money that is spent on all elections -- state, local and federal -- in the United States, is less than what women spend on cosmetics for a year, OK?"

Screwing up the curve.

Wow! I could see if you really, actually believed that you were bound by the First Amendment to allow unlimited spending, I could see where you might defend your sickening decision by saying something like "it's unfortunate that this decision has led to an increase in corruption, but until we amend the Constitution, I have no choice. . ." but you're seriously going with the defense of "hey, it's not that much money?" Really? Because, first of all, that's bullshit.
No matter how much women may or may not spend on makeup, the Sheldon Adelsons and Foster Friezes of the world being able to pour unlimited millions into campaigns is absolutely a recipe for corruption. And it's not the point. The point should be that that's what the Constitution mandates. The point is not "well, the results aren't really that bad."  Because you are required to abide by the Constitution, whether the results are positive, negative, or neutral.

He said the alternative is having Congress impose limits on "who can speak and how much who can speak."


No. Anyone can speak. I'm speaking right now. Speaking doesn't cost money. The fact that I don't have the money to purchase air time and address a national audience  is not an infringement on my freedom of speech. Limiting how much money one person can donate to a candidate puts no limit on speech. Just limits in how large a soapbaox one might be able to purchase.

Scalia said he doesn't agree with the notion that outspending the other side is the key to winning elections. He said if people really believe "the masses are so ignorant that they are swayed by television ads," then "let's have a king. Right? Let's have a king."


What?!?!? How do you make that leap? People are easily swayed by advertising, so we might as well have a monarchy? How do you get from "people are ignorant" to "let's have a king?"

Gawd, I hate this scumbag. The evil just oozes off him!