Apparently, there's something in the meth up there in Alaska that makes political figures think that the media should only ask them the questions which they would like to be asked. It's sort of like a batter saying to the pitcher, "well, if you're going to throw sliders, I'm just not going to play. I told you to throw straight fastballs, chest high, and not too fast!"

Now, if by "personal issues" he meant, say, his love life, then sure, he would have a valid point. But of course, that's not what he means. It's more about stuff like this from The Alaska Dispatch:

U.S. Senate candidate Joe Miller confirmed Monday night that his wife -- once hired to work as a part-time clerk for the same Alaska court in which he was serving as a U.S. magistrate judge -- went on unemployment after she left the job. . .

. . . Miller critics have suggested Miller was forced to fire his wife, calling the couple's working relationship a form of nepotism prohibited by court policies at the time. . .

Miller is running on a self-described constitutional conservative platform, arguing that the nation must return to the principles and powers penned by the founding fathers to save it from bankruptcy. Putting an end to entitlements on a national level and empowering states has been a key message in his campaign.

Still, in recent weeks, Miller -- also an opponent to Social Security and Medicare -- has acknowledged utilizing federal programs, including subsidies, over the years. In the 1990s, he received more than $7,000 in federal farm subsidies for land he owned in Kansas, where he grew up. In 1999, he applied for and was granted a $77,400 state loan to buy 1,000 acres in Delta Junction under a program aimed at promoting the development of Alaska agriculture.

Miller and his campaign have fired back at critics who have called him a hypocrite, saying things like the farm subsidies were long ago and do not reflect on his positions today.

"If you suggest that anybody that has received federal payments is excluded from the dialogue on where we are at today as a federal government, then (that means) nobody can participate," Miller said in an Alaska Dispatch interview last month.

Um, I think I could. But whatever. No, I think what is being suggested is that it's kinda bullshit to suddenly develop an aversion to government money once you're no longer in a position to be receiving it.

So, questions like "how do you square your opposition to federal spending programs with the fact that you and your wife have both been the recipients of monies from these programs?" are apparently totally out of bounds to Miller.

Miller said he has been the victim of "journalistic impropriety."

Which is educated-wingnut for "gotcha journalism."

Miller asserted Monday that "members of the media have gained access to my confidential file, my personnel file from the Fairbanks North Star Borough. It is clear violation of law, the access to that file."

Miller did not offer evidence for his assertion that the media had gained access to his personnel file, or cite the law that had been broken.

Maybe Sarah can get the "department of laws" to look into it.

"We are calling upon all responsible members of the media to focus on the issues, the legitimate issues and not repeat basically the lies and innuendos, not repeat the clear violations of law, but to focus on the issues at hand. Now I'll admit, and I've said this before, I'm a man of flaws, there's no question about it. You know, I wasn't born with a silver spoon, I haven't been born wealthy," he said.

"Nor was I born with a knack for grammar," he did not add.

But, Okay, you want to look at the issues? Fine. Let's go to the "issues" section of your website:

I will work to limit Washington to the constitutional powers anticipated by our Founders.

Oh, good thinking. Let's limit the government to only those things whaich were anticipated by a bunch of slave-owners in powdered wigs occupying 13 tiny colonies clinging to the Atlantic seaboard whose very survival was dubious. Surely they could have anticipated the needs of a 21st Century Superpower.

*
Hey, here's an idea. Let's have the healthcare reform debate settled by a group of men who had doctors come to their homes for bloodlettings!

I support the repeal of ObamaCare. First and foremost, there is no Constitutional authority for it.

Oh my God! I was kidding!

I will support reform legislation that is market-based and incentivizes individual responsibility. One major aspect of this reform must include allowing and promoting a system of robust employer and/or self-funded tax-free health savings accounts.

There is no Constitutional authority for Federally mandated Healthcare reform! There is, however the "Health savings account" provision of Article III. That's totally in the Constitution! As my law-school professors used to say, "the Constitution will only allow the government to do the stuff that we want, not stuff the other guys want!"

No. It isn't. Just because you don't like the conclusion doesn't make the science bad. I'm not crazy about gravity, but that doesn't mean Newton was wrong. 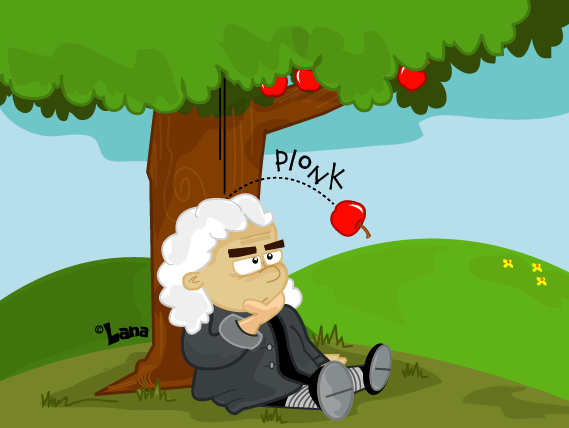 A Time for True Change

Ronald Reagan once said, “A government big enough to give you everything you want is big enough to take away everything you've got.” We have little time to restore constitutional limits on federal power. I will be a catalyst to move those in Congress to make the tough, principled decisions needed to bring Washington back to the limited role anticipated by our Founders. We must act now.

Wow, now that's what I call vague! "I will make those tough, principled decisions, you know, those unspecified decisions that I will make in a principled way. Oh, they will be tough, I'm sure, but they will definitely be decisions of some kind, and I will toughly make them. Oh, and also, Ronald Reagan!"

It seems odd that your website doesn't mention that you'd like to abolish the minimum wage, privatize Social Security and phase out Medicare. Seems like you had plenty of room. Room that you filled with, for instance this comical sentence:

Prior to the Democrats’ takeover of the Congress and the White House in 2008, the Republicans ushered in the largest expansion of federal spending since the hay days [sic] of Lyndon Johnson’s Great Society in the 1960s.

Yeah. I think you mean "heyday" Hay Days is a snowmobile festival in Minnesota. (really) And no matter what Sarah tells you, they are called "Snowmobiles" not "Snow Machines" Snow Machines are what ski resorts use to make artificial snow when there isn't enough actual snow. Not that any of that is relevant, but I'm just sick of that airhead acting like Alaska is the only place on the planet with fucking snow, so Alaskans get to decide what to call snow-related things. Fuck you, snowbilly! Words mean things. You don't get to change the definition of words just because you think it's cute.

*if you are the person from whom I stole this joke, leave me a note if you want me to take it down or credit you. Tell me where it was first published, so I know you're really him or her.