This ad is bad in so many ways:

First there's the car-as-woman / woman-as-car thing. I don't know what's creepier about the analogy, the idea of being sexually attracted to a car, or the portrayal of women as things which can be bought, sold, and steered. Yep, it's the second thing. Much worse.

And then it's also just stupid because the car being represented by the exotic temptress is this:

Has there been a less attractive car?

Touche' Google Image Search!
And the tag line: You'll never forget the first time you see one.
Yeah, you'll  always remember that time you said "Hey, look, it's one of those Smart Cars!"
Terrible.
Posted by Professor Chaos at 10:03 PM 3 comments: Links to this post

A couple of scumbags

Shouldn't there be some rule that people in positions of responsibility should have to deal in reality?

INDIANAPOLIS – A Fort Wayne lawmaker has refused to sign on to a resolution celebrating the 100th anniversary of the Girl Scouts, calling the group a "radicalized organization" that supports abortion and promotes the "homosexual lifestyle."
He said he did some web-based research and found allegations that the Girl Scouts are a tactical arm of Planned Parenthood, allows transgender females to join and encourages sex.

Web-based research. Seriously, web-based research. The same kind of research that tells you the holocaust was a hoax, the moon-landing was fake and that cats can't spell? That's the research on which you are basing  your condemnation of possibly the most harmless, sweet & innocent organization in America?

Franklin Graham: Obama May Secretly Be A Muslim

Seriously? Islamic Law? You're going to take Islamic Law into account? I'm pretty sure that under Islamic Law, Barack Obama is considered an infidel, no matter who his father was. Of course, I'm no expert, but then again, neither are you. And even if Islamic Law does consider him a Muslim, who gives a fuck? Since when do Christian ministers care what Islamic Law says about anything? Islamic Law could say that Franklin Graham is a brain-damaged invertebrate who only gets any time in the spotlight because daddy was famous, but that wouldn't make it true. I mean, it is true, but  not because they said it.

“I can’t say categorically [that Obama is not a Muslim] because Islam has gotten a free pass under Obama,” he said.

Free Pass.
So, sending more troops into Afghanistan, Drone strikes in Pakistan, Yemen, Somalia, etc. These are indications of Islam getting a "free pass?" And why would Islam not get a "free pass?" Because it's not a religion of which you approve?  There are over a billion Muslims in the world. The vast, overwhelming majority of these are not doing anything wrong. It's like if you feel that Obama isn't cracking down on the Mafia hard enough, is that giving a "free pass" to Catholicism?

Posted by Professor Chaos at 9:14 PM 2 comments: Links to this post

BuzzFeed
Posted by Professor Chaos at 8:29 PM No comments: Links to this post 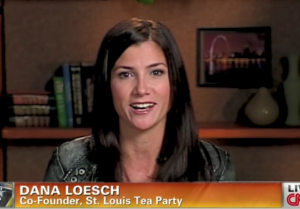 It's not that she equates non-consensual penetration with consensual intercourse. It's not that she dismisses the concerns of women who don't wish to be poked and prodded unnecessarily with a slut-shaming "hey, they ought to be used to having stuff jammed inside 'em." We've come to expect that sort of casual horror from people like her.
No, what is really insane is that she apparently doesn't know how to pronounce "vaginal." She pronounces it "Vaj-EYE-nul."

According to her Wikipedia bio, she was born in 1978. By my calculations, she has had a vagina for 33 years. Granted, "vaginal" is probably not a word that comes up a lot in conversation. I'm sure she doesn't say to her husband "golly, hon, I could sure go for some vaginal intercourse right about now!" But she has two kids. Surely at some point a doctor must have discussed something vaginal with her.
I have never had a vagina in all my years and I know how to pronounce "vaginal."
It's really inexplicable that a grown woman wouldn't.
Posted by Professor Chaos at 8:23 PM 3 comments: Links to this post