The worst fake accents in history

2. Dennis Quaid in The Big Easy 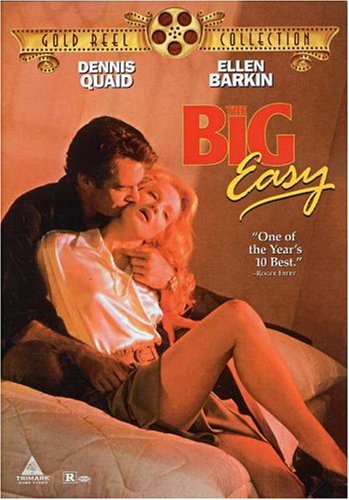 3. Whoever does the voiceovers on those damn Outback Steakhouse ads. For fucks sake, how hard is it to find an Australian person? I'm pretty sure Paul; Hogan is free these days.
Posted by Professor Chaos at 7:59 PM 1 comment: Links to this post

Ever since Rachel Maddow and a few others pointed out that Rand Paul just cuts-and-pastes large chunks of other people's works into his speeches and columns, Rand Paul has totally manned up and faced his critics and . . . oh, of course he didn't! He's turned into a whiny little crybabay!

First, there was this:

On “This Week” Sunday, Sen. Rand Paul, R-Ky., dismissed charges of plagiarism in his speeches and writing made in the last week, saying he was being “unfairly targeted by a bunch of hacks and haters” who he wishes he could challenge to a “duel.”

Yes, the real hacks ared those who point out your hackery!

"I'm being criticized for not having proper attribution, and yet they are able to write stuff that if I were their journalism teacher in college, I would fail them," Paul told Costa.

Because writing poorly and stealing someone else's work are exactly the same thing.

But my favorite Rand Paul whiny baby moment is this quote:

"I feel like if I could just go to detention after school for a couple days, then everything would be OK. But do I have to be in detention for the rest of my career?"

Or, and I'm just spitballing here, you could maybe try doing your own writing. Then you wouldn't have to worry about attribution. Also, you can't really run for Senate and win and make overtures about wanting to be President and then expect people to leave you the hell alone. You want to be left the hell alone? Go back into private life, we'll all be glad to never speak your name or think of you ever again.
﻿

"To tell you the truth, people can think what they want, I can go back to being a doctor anytime, if they're tired of me."

We are.
We were all sick to death of you a year ago.

Posted by Professor Chaos at 7:25 PM 2 comments: Links to this post