So Megyn Kelly decided that it would be a good idea to have the molestation-enablers, Jim-Bob and Michelle Duggar on for a friendly interview. I've embedded the video below, if you have the stomach for it. I didn't. I made it to about 1:20 before I had to turn it off, smash the monitor, or throw up. I turned it off.  Listening to this mother who clearly feels like the real victims here are herself, Jim-Bob and Josh was just too sickening.
Sample quote "The one ray of hope was Josh has a tender conscience and came to us himself."

Fortunately, Think Progress has someone with the iron constitution to view this sick trainwreck and report it to us.

Breaking his silence on Fox News, Jim Bob Duggar repeatedly minimized the actions of his son Josh, who sexually molested several of the Duggar daughters.
“He had gone in and just basically touched them over their clothes while they were sleeping. They didn’t even know he had done it,” Jim Bob said. Later Jim Bob admitted there “were a couple incidents where he touched them under their clothes, but it was like a few seconds.”

If you're trying to salvage your family's reputation, this is pretty much the exact wrongest way to go about it.You could not show more callous disconcern for your daughters, who were victimized by your son under your roof. You're really going to try to minimize this? Oh, they were asleep, they didn't even know it happened. Because someone suddenly stroking your genutals is not something that would wake a person up.
Oh, and it doesn't really count because it was "over the clothes." He never , ever put his hands under their clothes. well. . . . 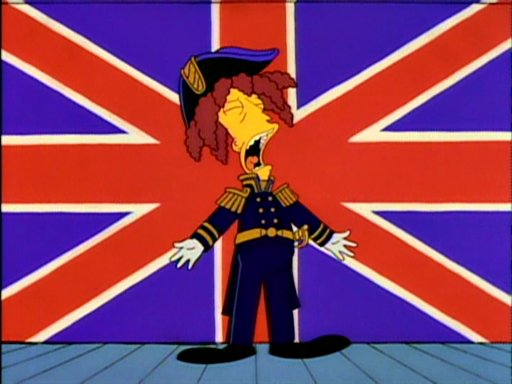 Hardly Everrrrrr!!!
I'd love to know how the Duggar parents would react if one of their daughters came home from a date and said "I got felt up, but don't worry, it was over the clothes, so I'm still pure!" I'm guessing that loophole doesn't apply to consensual feel-copping.

He emphasized that “this was not rape or anything like that.”

Throughout the interview, Jim Bob returned to these themes. He emphasized again and again that some of the instances occured while his daughters were sleeping and the molestation occured over their clothes. (At the same time he acknowledged that, in other cases, his daughters were awake and groped underneath their clothes.) Jim Bob also attempted to characterize Josh’s behavior as commonplace. “We talked to other parents and different ones since then, a lot of families have said that they’ve had similar things happen in their families,” he said.

Seriously? This is a common occurrence in your circles?
How could that possibly. . . oh, right. Weirdo religious cult. I forgot.


“He was still a kid, you know, and he was still a juvenile. He wasn’t an adult,” Jim Bob explained. He also sought to deflect blame from himself. Jim Bob told Megyn Kelly that “kids will make their own choices.”


Right, of course. That's the usual conservative approach to kids who commit crimes. Only a lad, you really can't blame him. . . Oh no, wait. The conservative answer to juvenile offenders is "lock 'em up and throw away the key, unless you think this might warrant the death penalty, 'cuz that could work too."

It's almost like there are two sets of standards for folks like this.
Drug offenders should do hard time, except for Rush Limbaugh who probably had a good reason for needing oxy.
Unwed teen moms are destroying the country, except Bristol Palin who's a role model for girls everywhere!
Sex offenders should be punished to the full extent of the law. Unless they've asked God for forgiveness and it wasn't really, ya know, "rape" exactly. I mean, hey, it's not like he tried to marry a dude or something!

Of course, being a right-wing theocrat in America means never taking any responsibility for your own actions!

Here's the video, if you're interested. Don't say I didn't warn you.

Oh, P.S. I'm aware that "disconcern" is probably not a real word. But I like it, so it stays.
Hey, Shakespeare made up words all the time, ya gotta love it!