Wingnut Truckers will save America from . . . Something.

Truckers, America's foremost consumers of prescription amphetamines, are going to converge on Washington, DC to arrest the government!

"Truckers for the Constitution" are planning on gathering ONE MILLION TRUCKERS together on DC area freeway to obstruct traffic until all the members of government come out with their hands up or something. Now, if you've ever dealt with truckers, you know how difficult it is to get ONE of them to arrive at the correct place at the agreed-upon time, so a million of them at the same time? I don't really see it happening.  In fact, the most common conversation I have with truck drivers goes a little something like this:

Hmm, I don't see you on the schedule. What time was your appointment?

But according to their nutty leader, they're damn serious about doing this thing.

Police must detain 'accessories' to 'treason' or truckers will, organizer says

Earl Conlon, a Georgia trucker who is handling logistics for the protest, told U.S. News tractor-trailer drivers will circle the beltway "three lanes deep" as he rides with other participants to Congress to seek the arrest of congressmen for allegedly disregarding the Constitution.

Artist's rendition, Earl Conlon in his truck-boat-truck
The Million Trucker March or whatever actually started out with much more modest goals:

I'm not sure what "fuel policy" they meant to protest, probably Obama's refusal to drill here, drill now, drill, baby, drill so that oil companies could do what they would really have preferred to be doing all along, selling consumers gasoline at bargain-basement prices, because they hate making all these profits all the time, but at any rate, the million truckers quickly began to experience mission creep. Soon, the stated goal of the truckopalypse was:
to support the truckers in a major shut down of America ion [sic] a 3 day strike October 11th thru 13th. Obamacare will be in effect and most people will be ready to take action.  The American people are sick and tired of the corruption that is destroying America! We therefore declare a GENERAL STRIKE on the weekend of October 11-13, 2013! Truck drivers will not haul freight! Workers will call in sick! Consumers will not buy or sell anything on this date! Stay home! Buy nothing!
Read more at http://wonkette.com/529362/wingnut-truckers-will-shut-down-america-in-order-to-save-it-from-corruption-obamas-fuel-policy#AZ58oz907WyWJHcy.99"
Eventually, the insanity spiraled out of control and now they're a-comin' to arrest the whole damn government!

An when you're that big a wingnut, you believe that EVERYONE has violated their oath of office! But, perfessor, I'm sure you're asking, do these nutbag tweakers have any authority to arrest members of Congress or the Preident himself? Glad you asked, because of course they do!

Conlon cited the idea of a citizens grand jury – meaning a pool of jurors convened without court approval – as the mechanism for indicting the officials.

Ah, a "citizen's grand jury," which is not a thing, has issued a fake indictment? Well that's all the authority I need!

"We want these people arrested, and we're coming in with the grand jury to do it," he said. "We are going to ask the law enforcement to uphold their constitutional oath and make these arrests.

Um, I'm not sure that cops actually take a Constitutional oath, but whatever oath they do take most likely does not include a vow to arrest any Congressman that pisses of a few wingnuts, but hey, I could be wrong. (I'm not)

If they refuse to do it, by the power of the people of the United States and the people's grand jury, they don't want to do it, we will. ... We the people will find a way."

No, you won't.
Of course, Conlon isn't unrealistic. He knows that he won't be able to arrest the entire US government.

“If all I get is one or two congressmen walked out of there in handcuffs, that will be a shot across the bow that will ripple across all branches of government,” Earl Conlon, one of the organizers, told U.S. News and World Report.

See? Just one or two. Just one or two Congressmen led out in handcuffs by the "people's grand jury" or whatever. It's important to set achievable goals!

“If all I get is one or two congressmen walked out of there in handcuffs, that will be a shot across the bow that will ripple across all branches of government. … I hope they are all civil enough and brave enough to step out onto the congressional steps.”


Well, why wouldn't they be? I mean, fair is fair, they've been indicted by a made-up thing with no authority on vague, baseless charges, so why wouldn't they just surrender to a bunch of bug-eyed-poo-throwing-crazy truck drivers to be tried in some sort of fictional court that doesn't exist?

Oh, and Earl Conlon has a webpage! 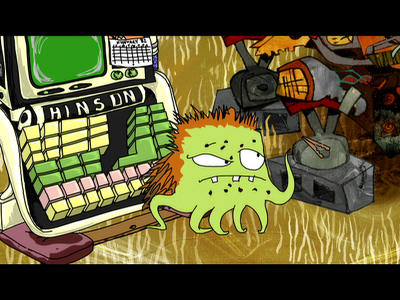 Pictured: Conlon's webmaster
﻿
On that webpage, Conlon says totally not crazy things like this:

Permalink Reply by Earl Conlon on Sunday
i've always believed Obama to be the Anti Christ from the day i first laid eyes one him.. not to mention the dreams i have had for the past 15 years showing me a man in office who i've never heard of before. then comes  2008 and the dreams get more detailed and intense... you figure it out..
maybe i am crazy?
Noooooo, you? crazy? I mean, you had dreams about, um. . . a man. . . holding an office? And then. . . there really was a man. . .  in office? Obviously that's gotta be the Anti-Christ!
Holy shit, this guy should NOT be allowed behind the wheel of a motor vehicle, he's deranged!

Permalink Reply by Earl Conlon on Sunday
even if the movement is a flop it still Has already lit the flame of FREEDOM & LIBERTY..! WE WIN!! Um, the "movement" hasn't even happened yet.

Earl Conlon replied to National Director, Dee's discussion Truckers Ride Oct 11, 12, 13 on DC: Updated information on Locations to Meet
"THINK OF IT LIKE THIS:  if Obastard declares Marshal Law. we will then Know WHO and where they are.. and then we will have a clear knowledge of who supports them and WHO TO SHOOT.. "
Because it wouldn't be a right-wing gathering without the threat of gun violence against their perceived enemies. It's called sedition out here in the real world, but in Wingnuttistan, it's called Wednesday.
﻿
﻿
Posted by Professor Chaos at 8:00 PM 1 comment: