Stupidest Quote of the Week

We have three finalists for the title stupidest quote of the week. First up, giant-headed boob Newt Gingrich: 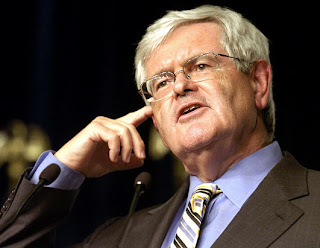 Gingrich: 'Any ad which quotes what I said Sunday is a falsehood'


Now that's a stupid quote! I guess the takeaway is that you might as well make up whatever crazy shit you want about Newt Gingrich, since quoting him directly is considered a "falsehood." So, here goes:

Newt Gingrich is made entirely of cow dung. He was built in a lab by Benito Mussolini and Jack the Ripper. His first notable achievement was the invention of bestiality. However, he is best known for having created the television program "Jersey Shore."
Most of that should be considered falsehoods, but you never know. Some of it might be true. But I doubt it.

Also, why does ESPN have Steve Young commenting on football? What the hell does he know about football?

HUGH HEWITT: Now your former colleague, John McCain, said look, there’s no record, there’s no evidence here that these methods actually led to the capture or the killing of bin Laden. Do you disagree with that? Or do you think he’s got an argument?
RICK SANTORUM: I don’t, everything I’ve read shows that we would not have gotten this information as to who this man was if it had not been gotten information from people who were subject to enhanced interrogation. And so this idea that we didn’t ask that question while Khalid Sheikh Mohammed was being waterboarded, he doesn’t understand how enhanced interrogation works.

Now there are a lot of things John McCain doesn't understand, like where the e-mails come from, or why the grandkids don't call more often, or why the hell it always has to be so goddamned cold in here? But torture? John McCain has actually been tortured. He has been subjected to "enhanced interrogation."  He knows exactly how it works, you stupid, ignorant little creep.

""To say anything negative about Stephen Hawking is like bullying a blind man. He has an unfair disadvantage, and that gives him a free pass on some of his absurd ideas. 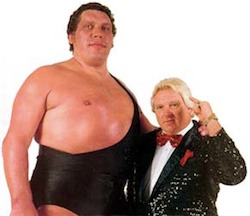 In that, the bullyer may soon find himself the bullyee!

Professor Hawking is heralded as 'the genius of Britain,' yet he believes in the scientific impossibility that nothing created everything and that life sprang from non-life," the former TV star tells E! News.

Scientific impossibility? Oh, Mike Seaver is going to tell us what is scientifically impossible?
I'm sorry, from which University did you receive your PhD, Kirk?

"Why should anyone believe Mr. Hawking's writings if he cannot provide evidence for his unscientific belief that out of nothing, everything came?" Cameron queried.

I can't decide which quote is stupidest. I'm going to tentatively call it a three-way tie, unless anyone wants to weigh in.

Posted by Professor Chaos at 8:07 PM 5 comments: Links to this post