A Quick Thought About COPS

I wonder how many lives were saved by the TV show COPS? 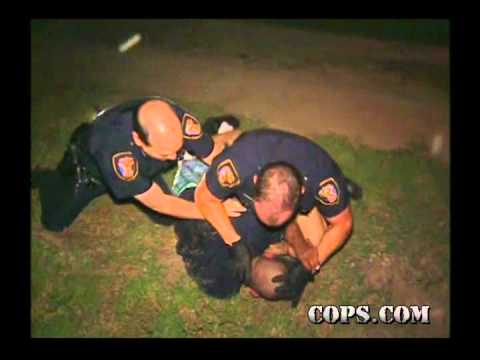 How many of these people would be dead today if the cops hadn't known they were on camera?

Posted by Professor Chaos at 7:58 PM 3 comments: Links to this post

People Who Will Never be President - Chapter 9

Dr. Ben Carson to Launch Presidential Campaign on May 4


I have never understood the Ben Carson phenomenon. He is, by all accounts, a brilliant surgeon. But surgeon is a completely different skill set than President.

And Carson has absolutely zero applicable experience. He has never held any elected office, never been involved in politics at all as far as I know. The only qualification he seems to have is his utter batshit insanity.

I mean, no one knew who Ben Carson was a few years ago. Well, not no one, he had written an autobiography and some people knew about his surgical prowess, but he wasn't on anyone'ss political radar. Then he showed up at some prayer breakfast or something, said some shitty things about the President, and suddenly there was a "Draft Ben Carson" movement.

Why? There are tons of people who say shitty things about the President every day, A lot of them make a living at it. Why Carson?

My guess is that they looked at the results of the last two elections and thought "ohhhh. . . they want a black guy!" Combine this with their insistence that their last two candidates failed because they weren't far enough to the right, and Carson fits the bill perfectly.

And since the prayer breakfast thing, Carson has become famous for going on tv and saying the looniest things imaginable to try and shock people and attract attention. He's basically the political equivalent of Madonna at Coachella.


And of course, he's a total hypocrite:

Although, it is possible that he's not actually insane, and this is all just a big grift.
And if this headline is any indication, it just might be:

Ben Carson Wants To Get Paid For Making Campaign Speeches


So maybe he's just this year's Herman Cain, another person who will never be President.
a
Posted by Professor Chaos at 6:58 PM 2 comments: Links to this post