Lindsey Graham will protect your imaginary family from imaginary mobs 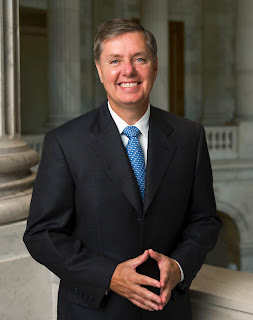 "Can you imagine a circumstance where an AR-15 would be a better defense tool than, say, a double-barrel shotgun?" Graham asked. "Let me give you an example, that you have an lawless environment, where you have an natural disaster or some catastrophic event -- and those things unfortunately do happen, and law and order breaks down because the police can't travel, there's no communication. And there are armed gangs roaming around neighborhoods. Can you imagine a situation where your home happens to be in the crosshairs of this group that a better self-defense weapon may be a semiautomatic AR-15 vs. a double-barrel shotgun?"


Yes, It was called "The Road Warrior."

Also, this could happen. Probably.
﻿

[Eric] Holder pointed out that the senator was "dealing with a hypothetical in a world that doesn't exist."

"I'm afraid that world does exist," Graham insisted. "It existed in New Orleans, to some extent up in Long Island [after Hurricane Sandy], it could exist tomorrow if there's a cyber attack against country and the power grid goes down and the dams are released and chemical plants are -- discharges

Is it relevant that there were not, in fact, marauding gangs roaming the neighborhoods in either of those situations? 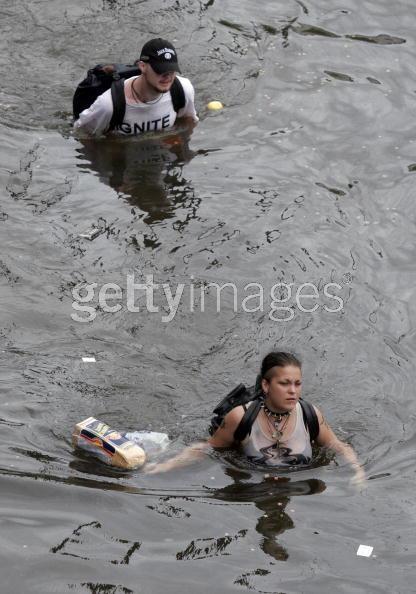 Too busy finding bread and soda to maraud.
﻿
There were people with assault weapons, but they weren't defending themselves from marauding gangs, they were just shootin up black guys.  http://www.thenation.com/article/katrinas-hidden-race-war
I don't know that I would really look at that as a positive, though.

"What I'm saying is if my family was in the crosshairs of gangs that were roaming around neighborhoods in New Orleans or or any other location, the deterrent effect of an AR-15 to protect my family, I think, is greater than a double-barrel shotgun."

﻿
﻿
You know what, Senator, how about if we all just agree that you're super butch and masculine and totally not at all gay and you just cool it with the ridiculous macho gun crap, hmm? Posted by Professor Chaos at 10:40 PM No comments: Links to this post