Gingrich says that D’Souza has made a “stunning insight” into Obama’s behavior — the “most profound insight I have read in the last six years about Barack Obama.”

“What if [Obama] is so outside our comprehension, that only if you understand Kenyan, anti-colonial behavior, can you begin to piece together [his actions]?” Gingrich asks. “That is the most accurate, predictive model for his behavior.”

Okay, first of all, why do you say anti-colonial like it's a bad thing? Didn't our Founding Fathers (pause for genuflection) launch the American Revolution in a fit of anti-colonialism? Are you saying that you're Pro-Colonialism? Being anti-colonial is like being anti-child-abuse. It's a no-brainer. Anyone with any shred of human decency is going to be anti-colonial. This is your trial balloon for 2012, vote for me, I'm not anti-colonial? Good luck with that.

Secondly, no one has ever, not ever, said that Dinesh D'souza has had a "stunning insight" into anything. Ever. That's just one of those sentences that has never been spoken, like "Gee, I just can't get enough of that Katy Perry!" or "I think Dane Cook is funny." Never been said. By anyone. Ever.
See, this is the kind of "insight" you get from D'Souza: 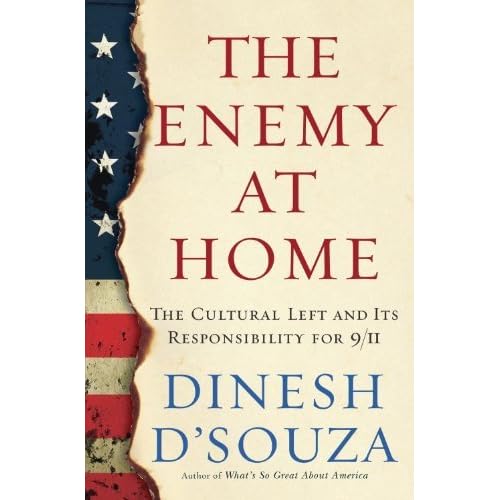 Or check out this brilliant "insight" into the Abu Ghraib scandal:

Abu Ghraib did not reflect the shared values of America, it reflected the sexual immodesty of liberal America. Lynndie England and Charles Graner were two wretched individuals from Red America who were trying to act out the fantasies of Blue America. Casting aside all traditional notions of decency, propriety and morality, they simply lived by the code of self-fulfillment. If it feels good, it must be right. This was bohemianism, West Virginia-style.

I can't wait for his next book "The Left Is Responsible for my Being Picked on in Junior High" or maybe "Why the Liberals are to Blame for my Poor Eyesight."

Seriously, Dinesh D'Souza? You really want to hitch your wagon to that star? Be my guest.

If you want my advice, though, if you're serious about running in 2012 (and please, God let him be serious!) you might want to think about this for a second. We haven't elected a fat president since Taft.

Posted by Professor Chaos at 9:03 PM No comments: Links to this post

Mon, Sep 13, 2010
"Prenatal and early life exposure to ethylmercury from thimerosal in vaccines or immunoglobulin products does not increase a child's risk of developing autism," concluded senior study author Dr. Frank DeStefano, director of the immunization safety office at the U.S. Centers for Disease Control and Prevention.

Yeah, I don't know. . . I still think Jenny McCarthy might know a little more about this than the CDC.
Posted by Professor Chaos at 9:00 PM No comments: Links to this post