How to speak Conservative

FOX's Abby Huntsman and Morgan Ortagus just put on a master class in how to speak Conservative: C'mon, guys. You heard those criticisms of Trumpcare! Let's get violent!


Huntsman kicked off the propaganda by saying, “Lawmakers promised to clean up the fiery rhetoric on Capitol Hill but it didn’t last very long.”
As the banner on the screen read, “DEMS RETURN TO INFLAMMATORY RHETORIC,” clips were played of various Democrats, plus independent Bernie Sanders, blasting the bill:

Oh, this should be good. If there's one group known for their fiery rhetoric, it's Congressional Democrats!

Woah, woah, dial it down a notch, fellas!

Huntsman gave a melodramatic “whooooo” to suggest an answer to her “question”: “But do Democrats, with their latest attacks on health care risk inciting further violence?”


Okay, you obviously have no idea how to do "inflamatory rhetoric" re: healthcare. Let's see how the experts do it: 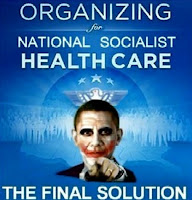 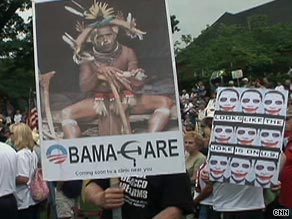 Also, if you want your rhetoric to incite violence, you're probably gonna want something like this: 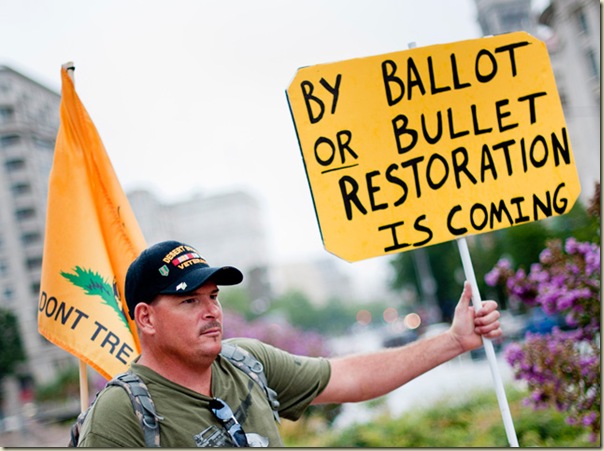 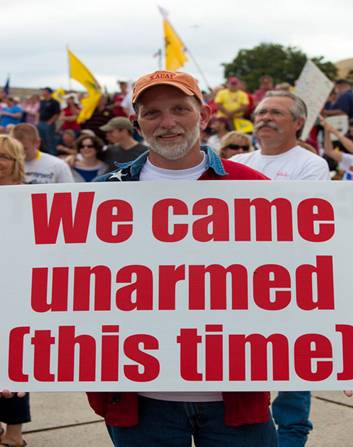 So, that's lesson number one in how to speak Conservative. Always accuse your opponent of doing whatever your side has done and/or is still doing while never once acknowledging the fact that your side has done the thing in question. In this case, pretend that Democrats are engaging in dangerously violent rhetoric, AND act as if this is some new thing that they invented that has never been seen before, certainly not from conservatives anyway!


Huntsman turned to conservative Morgan Ortagus. .  . “What do you make of the most recent rhetoric coming from the left?” Huntsman asked.


“It’s actually quite disturbing… If you’re a child in the 4th grade and you’re watching the nightly news, you’re seeing Kathy Griffin hold a picture of the president’s severed head.

It's always about the children! The children's delicate ears and eyes must be protected while they're sitting in the living room watching the evening news because that's a thing that children do.
Whether it's a fear that they will hear about Bill Clinton getting a bj and be scarred for life, or see a report about Donald Trump boasting about grabbing women by the p**sy, the important thing is not that Bill Clinton should never have been impeached over his gross personal life or that the current President is an admitted sexual assaulter, the point is that children are being exposed to bad things and it's the Democrats' fault, or the liberal media's fault, or anyone's fault other than the sexual predator in the White House.


Lesson # 3. Find an example, a single example. of something outrageous and pretend that the person doing the outrageous thing represents the left as a whole.

Back in the old days, before podcasts were invented, I used to sometimes catch bits of the Rush Limbaugh while flipping through the radio channels. I would usually listen for a few minutes for the same reason it's hard to look away from a car crash, and I remember one time he had a report about a professor of philosophy in some college in Florida, I think, who had postulated the exisrence of the "male lesbian." Well, every time I ran across Limbaugh for the next couple weeks at least, I would hear him referencing the "male lesbian" as if it was somehow emblematic of the foolishness of liberal academe or something, like it wasn't one guy in one school and not knowing the context, Hell, he might even be right.

In this case, there was ONE crazed person (liberal? Maybe) who shot a Congressman. So, to a Conservative, that one deranged person can be  made to represent the entire democratic party, and having seen one shooter morphs into "you're seeing crazed liberals literally shoot congressmen."


and you’re hearing major leaders of the Democrat Party  tell young children and tell the whole United States that Republicans want people do die. This is irresponsible!


Lesson #4:  Criticize vaguely.
Your opponents warn that your healthcare bill will cause needless deaths? Complain that they are saying you want people to die. Don't attribute the statement to anyone in particular, just say "Major leaders" of the Party. Or "many on the left are saying. . ." That way, you can never be held accountable. If an actual leader of the Democratic Party, like Nancy Pelosi for instance, challenges you saying "I never said that Republicans want people to die!" You can simply smile and say "I never said that YOU said that, Congresswoman. But some of your party's leaders have!" Bingo, you're libel-suit-proof!

“The leaders of the Democrat Party need to stand up and criticize Hillary Clinton, criticize Johnny Depp and all these people that are calling for the death of our president

Did Johnny Depp call for the death of the president? Maybe. I know he said something along those lines, I don't care enough about what a wife-beater has to say about a p**sy-grabber to look it up. But Hillary Clinton certainly didn't. And technically, Ortagus never said she did, but by lumping her in with Depp and "all these people" calling for the President's death, it definitely sounds that way. And when your audience consists of people who think it's plausible that Hillary ran a child sex ring out of a DC pizzeria, that's going to register.

Watch the masters at work.