Remember David Lindsay? The film critic who views every movie through the lens of his weird right-wing Libertarian philosophy?

Well, in the latest issue of Stomp & Stammer, he takes on the global phenomenon "Fifty Shades of Rape Grey."


So there is nooooo way this isn't gonna get totally weird.
First, he opens with a totally appropriate quote:

Yes, he opens the review of the most controversial and sexually uncomfortable film since Last Tango in Paris with a quote from these guys: 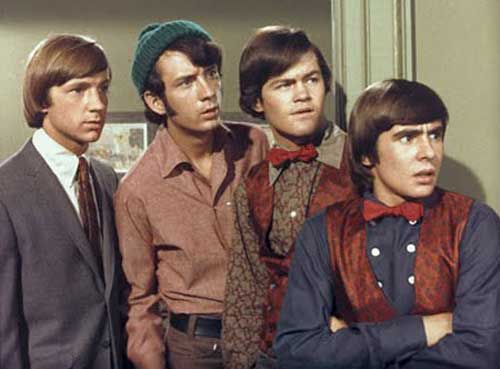 And then it begins.

Fifty Shades of Grey focuses on two consenting adults who are about to enter into a contractual agreement to get their rocks off.

Naturally, the loud crowd that claims to be so concerned with women’s rights and moral salvation can’t stand the idea that rather than it being a movie where people suffer and die, it’s about how two people choose to enjoy themselves.


Okay, couple things.
Um, first of all, I believe the whole point of the book and movie is that consent is a sort of blurred line, hence the whole "shades of grey" thing. As has been pointed out many places, the Grey guy is not all that concerned with Ana's consent.

And, sure, you can say that she signed this gross BDSM "contract," but that doesn't forfeit her right to withdraw consent. It's not like a normal business-type contract. It's not like if I lease an apartment from someone, he can't halfway through the lease decide that he no longer consents to my living in his apartment. This isn't a business agreement. Even if it were, even if he had hired her as a prostitute, she still would have the right to say "you know what, on second thought, here's your money back, I'm going home. I don't want to do that gross thing you just suggested."

Also, why would people who care about women's rights, aka decent human beings, prefer to watch people suffer and die? What is that even based on?

And in light of this controversy, the irony is that E.L. James’ book is a tale of volition and free will, which constitutes the basis for ALL rights and morality.

Ah, the sweet sound of rights and morality! God bless you, Free Will!

I remember the ad campaign for Roman Polanski’s Tess, based on the Thomas Hardy story of a young girl foisted on polite society, with its tag line, “…at a time when rape was called seduction…”!

In Fifty Shades of Grey, its lead character, Anastasia, is an English Lit major who cites Tess of the D’Urbervilles as her inspiration for pursuing a college degree. Despite a 4.0 GPA, she sees herself on the sidelines. Anastasia Steele – her very name conjures up czarist Russia. She drives a Volkswagen, aka “the people’s car.” She represents Old World values in manner, dress and approach to life.


Huh?
Is your point supposed to be that Anastasia's love of Tess of the D'Ubervilles means that she has some sort of rape fetish? And are you conflating Czarist Russia with "people's" socialism or communism as embodied by the car built for Nazi Germany? And which of these, Czarist dictatorship, Communism, or Nazi Fascism, is supposed to represent "Old World values?"


The other player in the story is Christian Grey, a name that’s self-explanatory: he lives amongst the clouds.

The other player in the story is Christian Grey, a name that’s self-explanatory: he lives amongst the clouds. As a kid he managed to survive a crack-addicted mom to amass a great fortune. He’s capitalism personified. He’s sure of himself and demands to be rewarded for his success, expecting things to be done on his own terms according to his values.


So, he's a narcissistic asshole?
Okay, I guess he is capitalism personified.

So where do we get our values? Or, to put it differently, how does one learn right from wrong?

Through the sensations of pleasure and pain!

It’s the Pavlovian concept of being rewarded with something desirable for making the right choice, or being punished for making the wrong choice. Thinking that this movie is about slapping a woman on her fanny is like continuing to believe that Fight Club is about scuffles.


And this asshole is the self-appointed administer of punishments and rewards? He will dole out pain or pleasure according to whether someone is behaving in a manner that he deems suitable. People will be rewarded if  they make choices that he thinks are correct and punished if their choices do not please him. And he gets to make these decisions because why? Because he's rich and powerful? So he gets to decide for lesser people what is right and wrong and if they are to be punished or rewarded? That's the deeper meaning of this movie? That this kind of sick authoritarianism is some larger metaphor for life or morality or something?

Also, I'm pretty sure that Fight Club was about me dozing off about an hour in and spending the next 15 years seeing dudebros quote it on the internet.


In the Old World sense, marriage was established as a triad between two people and God! And let that settle in because according to God’s law, if you cheated on your spouse, you were cheating on God! Today, marriage is a contract between two people for their mutual benefit. For the most part, the romantic has been cast aside.


Right, right, totally. Except, um, the exact opposite.
Traditionally marriages were arranged between families, so there was pretty much no romance involved at all. In the modern age, up until our parents' generation, there was certainly love and romance, but marriage was also an arrangement assumed to be mutually beneficial. The wife got a man to take over her father's responsibilities of  supporting her financially, keeping a roof over her head and food in the pantry. The husband got a woman to take over his mother's duties of cooking for him and cleaning up after him. Plus there was fucking, which was an added plus.

In today's world, when marriage has really become completely unnecessary - women can get decent jobs to support themselves, men have figured out how to cook and clean a little, people don't need to be married to do sex or raise children, two people deciding to marry is more of a romantic gesture than it ever was before. Two people saying to each other "I have no financial need to do this, I don't need to do this in order to get sex, but I choose to do this purely because I love you and want to spend my life with you and only you," that doesn't really feel like romance having been cast aside.

In a world of half-truths and moral turpitude, the contract Grey presents to Anastasia for her approval is black and white. What is one of the most often cited complaints about men in relationships? They avoid commitment. Here, Grey is completely committed.

But if you are one who insists that this movie is nothing more than a male fantasy of dominance over women, then consider Grey and how his responses play into the contract.


No.
Because that is the contract.
The contract is "sign here and I will dominate you. I will be dominant and you will be submissive." So how is this not a fantasy of male dominance? Yes, the contract is black and white, but so what? Is unambiguous assholery really that preferable to any other kind?

Far from displaying caddish behavior, Grey fights to keep his passion from being extinguished by what’s considered proper or convenient or expected. But neither is he interested in sharing Anastasia with the world, which is why he shoves her friend who’s trying to kiss her, and why upon hearing of her unannounced plans to return home, he declares, “you are mine.”


Declaring ownership of another person, that's not caddish behavior?
And, yes, it is definitely not considered proper or expected to forbid one's lover from seeing her family, but it is also considered improper and unexpected to throw hammers at small children. Being unconventional is not equivalent to being moral or decent or right.


This from a guy who refuses to sleep over or spend the night after sex because that would play into the intangible, accidental vagueness of today’s casual sex climate which is more powerplay than mutually beneficial. Grey is the man unaffected by the pitfalls of feminism or moral tradition.

Anastasia holds the power of veto over the contents of the contract. A contract using specific language which establishes boundaries of her own volition that she agrees to. The certainty of romance is that to work it must be in black and white!

This cult of moral grayness is certain of nothing!

Except that when she does try to veto the contract, he doesn't stop.

Also, the line "The certainty of romance is that to work it must be in black and white!"
Tells me that you know nothing of romance.

So, is this a good movie or not?
Did Mr. Lindsay like it or dislike it?
He doesn't say.
Which is truly the mark of a weird weird film critic.