Y'know, if you have to write a disclaimer this long,

maybe you should just not write the column.

Um, I'm pretty sure that they do, but let's hear what an objective, unbiased source, you know, a "journalist," has to say on the subject. You are objective, aren't you, Mr. Gergen?

Let me acknowledge upfront what I have said several times on CNN: I have a past relationship with the top partners at Bain that is both personal and financial. I have worked with them in support of nonprofit organizations such as City Year. I have given a couple of paid speeches for Bain dinners, as I have for many other groups. I was on the board of a for-profit child care company, Bright Horizons, that was purchased by Bain Capital. It was a transaction with financial benefits for all board members and shareholders, including me.


Um, that sound like you have a bias. You have personally profited from your association with Bain, both being paid directly by them for speeches and from being on the winning side of one of their buyouts. I think that's pretty much the dictionary definition of having a bias.

So, yes, I have a bias. But let me also add how that bias plays out: I have come to admire and like the leaders of Bain Capital


So you have a bias, but don't worry because you really like the Bain people? The people who have paid you lots of money? You like those people, do you? 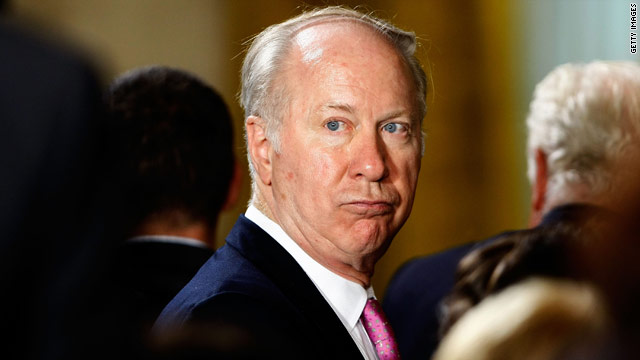 I have come to admire and like the leaders of Bain Capital because I have learned firsthand that in a private equity industry, where there are obviously some predatory companies, Bain stands out for the respect in which it is generally held


By whom? By whom is it held in respect? By those who profited from their association with it?

Bain stands out for the respect in which it is generally held and for the generous philanthropy of some of its partners. Nothing I have seen so far has shaken that view.


None of the paychecks that I have seen so far has shaken that view.
By the way, generous philanthropy is often used as a means of softening one's public image or assuaging one's guilty conscience when one has made a great fortune off of the misery of others.  Just sayin'.

Has Romney basically lied about when he actually departed Bain? Has he tried to mislead the public or investors? Here we come to the heart of the recent controversy. I may be wrong but based on what we know so far, I would conclude that we do not have persuasive evidence to show that he has.


Unless you, y'know, read newspapers or something.

Romney has argued for years that after he was called in to rescue the Salt Lake City Olympics in February 1999, he turned his full attentions there and no longer exercised active management at Bain. The story is a complicated one because Bain was a complex partnership and because the company filed various SEC papers after February 1999 still listing Romney in various key roles, including CEO and chairman. But if one takes time to look behind the SEC filings, what emerges is much more supportive of Romney's statements.


Oh, it's okay. Romney's not lying now, he was lying to the SEC back then. It's not like that's some sort of crime or something. It is? Since when?

The crazy thing is that American mainstream journalism has actually sunk so low that Gergen probably didn't even need to disclose his enormous conflict of interest. It's not like CNN has a whole big bunch of integrity left.


Posted by Professor Chaos at 8:39 PM No comments: