Silly Goose of the Day

Geese, as we all know, are the silliest of God's creatures. But sometimes a person can be as silly as a goose. Yes. it's true!
so who's being a silly little goose today?


Why, it's none other than South Carolina Attorney General Alan Wilson!

No, not that one.

But if silly is as silly does, then Alan Wilson is one silly silly goose.


Yes. the most dangerous drug!

You want to know how dangerous? Well, the National Institute on Drug Abuse has some chilling statistics. For instance, look how people died from cocaine overdoses: Now compare that to the results you get by searching their site for the term "marijuana overdose."

Boy, it really makes you think, doesn't it?

Well, it does if you're not a silly goose.


COLUMBIA — Flanked by lawmakers, law enforcement officials and doctors in white lab coats, S.C. Attorney General Alan Wilson called marijuana “the most dangerous drug” in America while denouncing legislation Wednesday that would allow patients to obtain it with a doctor’s prescription.

Because there's no way for doctors to know whether a substance might be harmful for their patients!


Various speakers, which included State Law Enforcement Division Chief Mark Keel and leaders from the S.C. Medical Association, suggested the use of medical marijuana would cause a litany of problems in South Carolina: addiction, increased traffic accidents and — without specifically citing any peer-reviewed research — an increase in the number of overdose deaths.

Hmm, no peer-reviewed studies, eh? That's kind of hard to believe. I mean, there must be just tons of studies about all the people who die from smoking the devil's oregano. 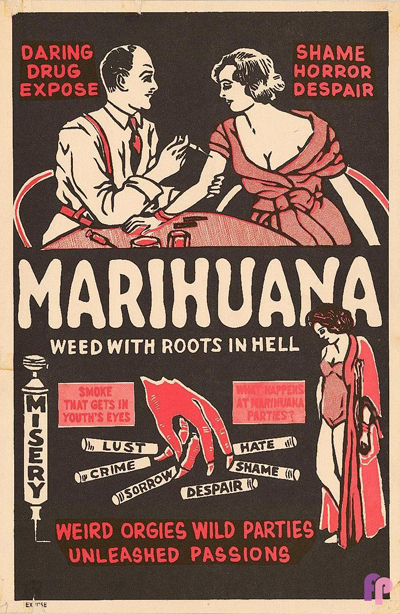 So, no peer-reviewed studies, what did Wilson list as the basis for his condemnation of Satan's spinach?

While standing in the center of the Statehouse lobby, Wilson rattled off slang describing the high from marijuana. “They use words like stoned, high, wasted, baked, fried, cooked, chonged, cheeched, dope-faced, blazed, blitzed, blunted, blasted, danked, stupid, wrecked — and that’s only half the words they use,” Wilson said. “Are these consistent with something that describes a medicine?”

Well, that settles that! Screw your stupid "studies" and "statistics" and "knowledge" about "things." There are a bunch of slang terms that make smoking wacky weed sound bad, so ipso facto it must be bad. If the slang terms sound odd, it must be outlawed is a time-honored legal principle. Just like how in France, the "climax" is referred to as "le Petite Morte" and so no one is allowed to get off in France. Wait, is it France? I must have France mixed up with a different country. Maybe the Vatican. Anyway, it's not important. The point is, that if people talk about something using terms that make that thing sound like it might be kinda scary, then that thing is inherently too dangerous to be allowed. It's just common sense, people!


Wilson classified marijuana as the most dangerous drug because he said it was “the most misunderstood drug.”

Well, it's hard to argue that. I mean clearly it seems to be completely misunderstood by the prominent citizens of South Carolina.


Dr. March Seabrook, the S.C. Medical Association president, focused his opposition on the lack of medical and regulatory oversight of marijuana. 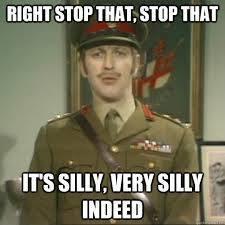 After the news conference, the Medical Association said it disagreed with Wilson’s assessment that marijuana is “the most dangerous drug” in the country. Still, Seabrook argued the new legislation “will not improve the health of South Carolina.”

Now let's all just forget about this ridiculous marijuana. Here, I'm going to write you a prescription for Oxycontin. That'll help you forget all about it. And you know Oxy is safe, because it's legal! I mean, if we even suspected at all that it might be unsafe, we obviously would make it just as illegal as Lucifer's lettuce!