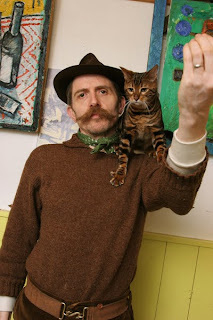 Billy Childish was/is the front man for several bands including The Milkshakes, Thee Mighty Caesars, and Thee Headcoats, and I know I'm forgetting at least one, but my personal favorite is Wild Billy Childish and the Blackhands.


Posted by Professor Chaos at 11:22 PM No comments:

Here are some of today's top stories, according to Yahoo! News:

'Jersey Shore' Fight May Have Been Staged, Sock Continuity Suggests

Oh, my God! Stop the presses! We must get to the bottom of this! A TV show might have had a scene which was staged? Oh, if only Edward R. Murrow were here!

Too Many Men in Tights? 5 Reasons the Superhero Summer Has Been a Bust

'Thor,' 'Green Lantern,' and 'X-Men' Paramount/Warner Bros. Pictures/20th Century
Why aren’t the superheroes delivering audiences this summer?
Well, I was going to look into why are we still in Iraq, or why isn't the economy doing better, but yeah, this is really the million-dollar question. Why aren't more people rushing out to see shitty movies about comic-book superheroes? They paid to see Iron Man, Batman, and Spiderman, why wouldn't they shell out ten bucks to see a hero no one has heard of played by a b-list comic actor? Wasn't that movie already made last year? 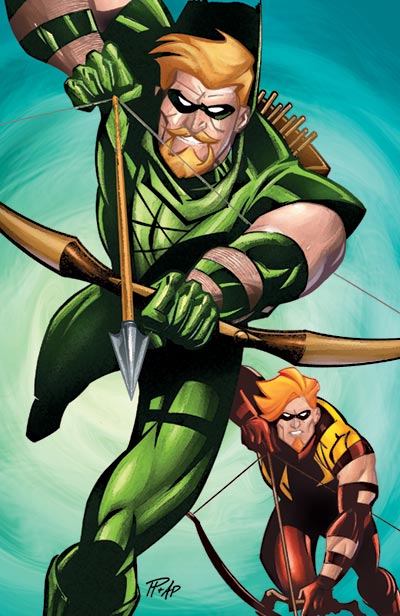 Also, the Green Arrow. Did they have a big sale on green ink or something?

Over-40 stars who have killer legs

Stars Over 40 With Killer Gams

Wow! Hollywood actresses who are physically attractive! And some of them are over the age of 40? Well now I've seen everything!

Camilla Parker Bowles surprised her daughter-in-law with a very pricey token of her friendship
Holy shit! A bride got a wedding present? From the groom's stepmother? No wonder we have no time to discuss Lybia! (seriously, none of the top stories are about Lybia.

Heidi Withers receives a scathing email after a visit to her fiancé's parents.
Oh  my God! Something humorous is being passed around on the internet! Let's go live to our reporter on the scene!

Which fast-food chains are the best?

ha! Trick question. They're all terrible!

Totally different that what she normally wears! I want to see ten column-inches on my desk by press time!

This phone was made to be seen.
No, really. The Samsung Infuse 4G’s huge 4.5-inch Super AMOLED Plus screen not only looks great, but practically begs for video playback.
Of course, that raises the question: Is that enough to differentiate the Infuse from Android’s numerous oversized offerings? For the most part, yes.

Even though it looks exactly like every other smartphone out there, trust me. This is big news!

At least according to Yahoo!
Posted by Professor Chaos at 4:49 PM 1 comment:

The Worst Thing About the Bachmann-Medicare Kerfuffle


Republican presidential hopeful Rep. Michele Bachmann has decried Medicaid for swelling the “welfare rolls”, and charges that President Obama wants to bankrupt Medicare to force seniors onto “Obamacare.”
But a “quality Christian counseling” clinic run by Bachmann’s husband has collected more than $137,000 in Medicaid payments for treating patients over the last six years, according to an NBC News investigation.


It's not the hypocrisy. The blatant, stunning, shameless hypocrisy of Bachmann complaining about Medicare while profiting from it. That's pretty much what you would expect from someone like Bachmann. This is the same Michele Bachmann who is all up in arms about government spending and "socialism" while collecting thousands of dollars in federal farm subsidies. There's nothing even surprising about someone like Bachmann trashing a program while taking money from it. That's to be expected. It's also not surprising that she sees absolutely no irony in this.

"Bachmann and Associates believes in providing all clients with quality counseling in a Christian environment," reads the mission statement on the business's website. Some of the listed specialties of the clinic and its counselors include "abuse issues," "co-dependency," "men's and women's issues," "shame," and "spiritual issues."
But some observers claim that the mission of the practice includes counseling homosexuals in an effort to "ungay" them. "It is absolutely sincere," adds former school board member Cecconi. "They specialize in 'reparation' regarding sexual orientation."  (source)

This is not only bullshit, it is hate-based bullshit, and Medicare dollars should not be going to such a practice.

This is him, by the way, addressing the topic of what to do about gay youth:

If you are a psychologist, and someone comes to you and says "help me, doc, I'm gay!" your job is to say "let's see if we can't help you to accept yourself. You need to come to grips with who you are and learn to love yourself." or something like that. Your job is NOT to pray the gay away. Your job is NOT to say "don't worry, I can help you become straight!" It's bullshit, it doesn't work, nor should it. Gay people don't need to be "fixed" or "cured" or "converted." And the taxpayers of Minnesota should not have their tax money wasted on this this type of horrible faux-therapy.
Posted by Professor Chaos at 4:13 PM 1 comment: