I mean, I know the wall Street Journal is owned by Murdoch now, and its op/ed page has always been a den of right-wing hackery, but holy fuck, this is really beyond the pale:


How. How is there a "balanced look" at sex offenses? Like it's really unfair how the rapist always automatically gets blamed every time there's a rape?

Oh holy shit, that's actually the point this cockhole is going to make, isn't it?

The headline in the New York Times's Education Life section reads "Stepping Up to Stop Sexual Assault." The story, by reporter Michael Winerip, is more balanced than that.

Oh, yeah, hey, don't worry. The headline might seem like it's all anti-sexual-assault, but don't worry, it's totally fair and balanced!

Unlike many journalists writing about this subject, Winerip acknowledges the problem of wrongful accusation

Yes, that horrible problem that accounts for, what, about 0.01% of all rape charges?

He recounts the story of Dez Wells, who was a star basketball player at Ohio's Xavier University. A female student went to the campus police claiming Wells had raped her. He denied the charge, saying that the pair had consensual sex after a game of truth or dare. Investigators concluded no rape had occurred.


Well that proves it! If the star basketball player was involved, obviously investigators were going to be totally objective in examining the case. And since they were unable to show that the sex was other than consensual, obviously the charges were false! 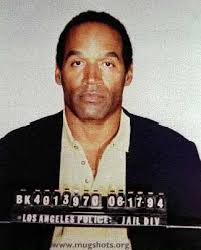 Also completely exonerated!
The article then relates a case about a "legitimate rape" that took place in Amherst, Mass. Then goes on to say this:

Winerip makes clear that the unambiguous brutality of the alleged Amherst attack is atypical. "These aren't people jumping out of the bushes," Sgt. Richard Cournoyer, a Connecticut state trooper who's investigated a dozen assault allegations against University of Connecticut students, tells the reporter. "For the most part, they're boys who had too much to drink and have done something stupid. When we show up to question them, you can see the terror in their eyes."

Holy Fuck! This guy is a cop, and he refers to rapists as "boys who have done something stupid?" This is the guy who investigates sexual assault charges against U.Conn students? And the reporter thinks that this is an indication not of the sorry state of law enforcement on Connecticut, but of the, what, bias against accused sexual predators?

Winerip notes that between 2005 and 2010, "more than 60 percent of claims involving sexual violence handled by United Educators"--an insurance company owned by member schools--"involved young women who were so drunk they had no clear memory of the assault." We know from Sgt. Cournoyer that the accused young men typically are drinking to excess, too. What is called the problem of "sexual assault" on campus is in large part a problem of reckless alcohol consumption, by men and women alike. (Based on our reporting, the same is true in the military, at least in the enlisted and company-grade officer ranks.)

And what more unimpeachable source could there be than Sgt. Cournoyer, the man who thinks rapists are innocent based on the fact that when questioned by police they seem frightened?
Also, if you want to have credibility when discussing any type of violent crime, it helps to put the name of the crime in quotation marks, you know, just to kind of subtly raise the question of whether this crime really exists at all. Like Ted Bundy was convicted of several counts of what prosecutors called "murder."

But wait. Taranto hasn't actually gone as far off the rails as he is capable of going. here's where it gets really outrageous:

Which points to a limitation of the drunk-driving analogy. If two drunk drivers are in a collision, one doesn't determine fault on the basis of demographic details such as each driver's sex. But when two drunken college students "collide," the male one is almost always presumed to be at fault. His diminished capacity owing to alcohol is not a mitigating factor, but her diminished capacity is an aggravating factor for him.

Wow. Wow, I'm just trying to wrap my head around that analogy. Sexual assault is like two drunk drivers colliding? This is your analogy? How does that even make sense? In the drunk-driving scenario, both drivers are at fault and each driver causes equal harm to the other. Does that sound like what happens in a sexual assault? And sexual assault is merely a matter of two students "colliding?' Like this guy just wasn't watching where he was going and he tripped and fell penis-first into an equally unsuspecting woman?

here's a better drunk-driving analogy. A woman is walking along the sidewalk. She is injured when a drunk driver jumps the curb and strikes her with his car. But, hey, the pedestrian was also drunk, so really who can say who is to blame, right?
Although to make the analogy more apt, the drunk driver would have to intentionally have steered his car onto the sidewalk with the express purpose of striking the pedestrian.

So, to sum up. Rapists are just young fellas who drink too much and do something foolish, rape is like a collision between two drunk drivers, and  star athletes are often falsely accused. Hmm. I'll bet if I do a Google search for "James Taranto + War on Men" I'd get a lot of results, wouldn't I?