You know how Republicans are always going on and on about how much they love Israel and how the most important thing in the world is to protect Israel cuz they love it so much?

Ever wonder how sincere they are about their love for the people of Israel?

Harlan Crow is a conservative mega donor who owns a mansion in Texas that contains a right-wing treasure trove of Nazi artifacts such as paintings by Hitler and a signed copy of “Mein Kampf.” Crow also owns a set of dinnerware and linens once used by the murderous tyrant who ordered the extermination of millions of Jews during World War II.
And it is among these items where Republican presidential wannabe Marco Rubio has chosen to hold a fundraiser for his campaign. As if that wasn’t insulting enough, Rubio’s fundraiser among Hitler’s stuff is occurring on Yom Kippur, the holiest day of the year on the Jewish calendar.

I'm sure that the other Republican candidates will call on Rubio to "refudiate" the Nazi fanboy any minute now!
Posted by Professor Chaos at 8:20 PM 6 comments: Links to this post

I heard a few minutes of the most recent Republican debate on the Majority Report's MST-style coverage. There wasn't a whole lot of interest, unless you enjoy hearing Jeb! and the others pushed into their lockers and given wedgies by Donald Trump. But I did enjoy this awkward moment from hillbilly Elmer Gantry Mike Huckabee's opening statement.

FORMER GOV. MIKE HUCKABEE, R-ARK.:
I'm Mike Huckabee. I'm delighted to be on this stage with some remarkable fellow Republicans.

None of us are a self-professed socialist.


Oh, you know he thinks he just zinged Bernie Sanders! Like ooh, what a sick burn! You do know what "self-professed" means, right Cletus? It means he's not embarrassed or ashamed or whatever of being a socialist. It means he refers to himself that way. You're not insulting him. It's like calling me "incredibly handsome" and expecting me to hang my head in shame. But I'm not offended, I would say "yes, I know. I say that to myself in the mirror every day."

But that wasn't even the awkward part. I mean, sure it was awkward, but then came this:

None of us on this state are under investigation . . .


Then there's this awkward little pause when he realizes that Chris Christie and Scott Walker are on stage with him.

because we destroyed government records, or because we leaked secrets. I think I handled that pret-ty well!

SEN. MARCIO RUBIO, R-FL.:
Thank you. My name is Marco Rubio. I'm from Florida. . .  And I'm also aware that California has a drought, and so that's why I made sure I brought my own water.

Now the CNN Transcript says (Laughter) but that is a lie. That joke fell flatter than a Polish joke at a Polish funeral.

By the way, I think I actually flew on this plane with Ronald Reagan when I was a congressman, and his goals, and mine, really much - are pretty much the same. Lift Americans, unify, give hope, grow America, and restore it is to that great, shining city on a hill.

Yes, he was a great one, and I learned much from watching him. The most important thing, hope to Americans, unify, lift everyone in America. 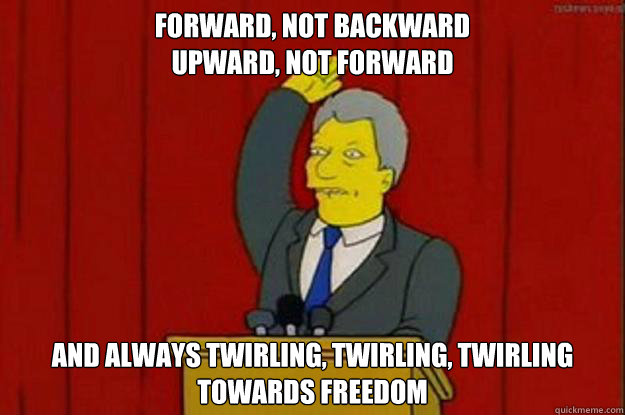