Fill in the blank

A girl in a body bag is taken away Saturday, May 3, 2014, during a performance of “Toe Tag Monologues” that was intended to teach girls about the risks of premarital sex.


Okay, fill in the blank. What fundamentalist Church group was sending this message to girls?
The Southern Baptists?
The Pentecostals?
The Taliban?
Give up?

Ya got me, Jackie. Let's have a look-see:


Girls who “get promiscuous” can wind up dead.
That was the message behind the Metro Police co-sponsored “Choose Purity” event Saturday at the William Pearson Center in North Las Vegas.
“Choose Purity” aimed to show young girls what can happen when they don’t wait until marriage to have sex, according to Officer Regina Coward


Wait.
You can seriously be a police officer with the name "coward?" That's like being named "Doctor Sickness" or "Reverend Atheist" or something.

Girls who get promiscuous can wind up dead. Well, that is true. Also nuns can end up dead. And happily married monogamists. And dogs and hamsters and wildebeests - everyone ends up dead at the end (spoiler alert!)

But anyway, how does a police department end up in the purity business?

“Choose Purity” aimed to show young girls what can happen when they don’t wait until marriage to have sex, according to Officer Regina Coward, president of the Nevada Black Police Association, who said she’d been asked by her church, Victory Outreach Church, to create a community event to go along with its abstinence message.


Oh. That seems totally Constitutional. Of course police departments, paid for by the taxpayers, should be in the business of promoting the moral values of a particular religious group. Just as the Founding Fathers intended.

I know, right?
Wouldn't that mean that like 90+ percent of young people should be drug-addicted gang-banging prostitutes?


Wow! So, among other things, you're saying that the victims of sexual assault could have been spared that trauma by simply "avoiding sex?" That is just a whole new level of victim-blaming. 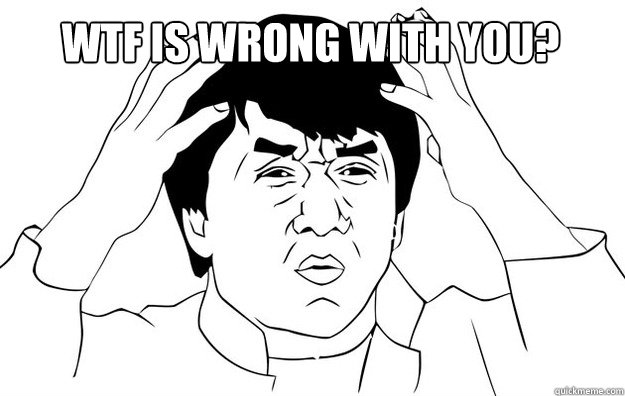 The room of about 125 parents and children watched recorded interviews with a pimp and prostitutes, learned modern-day slavery exists in the form of the sex trade, and saw grisly images of people who’d suffered at the hands of hard drugs — such as a woman who’d lost limbs in a methamphetamine lab explosion and a man who’d had his face partially gnawed off by a meth user.

If only they'd practiced abstinence!

Wide-eyed youngsters watched as two girls gave dramatic performances told from the perspective of one girl who had died after abusing diet pills and one who had died after contracting a sexually transmitted disease as a prostitute. The monologues concluded with each girl getting on a gurney and into a body bag.


Jesus Christ! Youngsters? What the fuck is wrong with you? Do you really want these little girls growing up so terrified of sex that. . . oh, right. Of course you do.  Because you're terrible.


When asked whether she’d recruited the “Toe Tag Monologues” to perform to send the message that engaging in premarital sex meant risking death, Coward said, “Yeah, because that’s what’s happening.”


No. No it isn't. I mean, yes, you could end up dying from AIDS or something from engaging in premarital sex. You could also die from crossing the street if a drunk runs a red light. You could die from going to the movies if a lunatic with an assault rifle decides today is the day. But the odds of any of those things are pretty astronomical. And the odds that engaging in consensual sexual activity while unmarried is going to cause a meth lab to blow your arms off or  that you will wake up the next morning enslaved to a pimp is pretty much zero. Yes, some people get harmed by meth, and yes some girls end up as sex slaves but neither of those things are at all related to consensual sex.

Coward said the event. . .  had to happen because Metro doesn’t have a detail that deals with abstinence.


Wait, you're telling me that the Las Vegas Police Department has a homicide division, a robbery division, even a Special Victims Unit, but doesn't have an abstinence squad? How can this be? You mean young people are just going around having sex with each other and not getting arrested?

Sending a message of abstinence is crime prevention, Coward said.


How?
I mean, you do know that the thing from which you're asking these kids to abstain isn't actually a crime, right? Even if you convince every young person in Nevada to abstain from sex until their wedding night, the crime rate will not be affected at all because consensual sex is perfectly legal you freak!

Coward said she is passionate about the issue because she became pregnant at 16 and wonders whether her life might had been different had she been taught she could say, “No.”


Oh my God. That is totally different. That is absolutely a message you should be sending to young women. You should absolutely let them know that they have every right to say "no," and that they should never allow anyone to pressure them into having sex if they don't want to. But that's not what you're saying. You're not saying "you have a choice, you can say no." You're saying "you must say no or you will die a horrible death of prostitution in an exploding meth lab with your gang."

The worst part is that this has a real possibilty of what I call the "Reefer Madness" effect. Back in the day, adults used to tell kids that if they ever took a puff of a "Jazz Cigarette" they would end up a hopeless addict and probably insane and all sorts of other horrible things. Well, once one kid in the neighborhood tried pot, or had an older brother or cousin or whatever who tried pot, and did not become insane, the kids figured out pretty quickly that the grownups were lying to them. So when the grownups warned about the actual dangers of drugs like heroin and cocaine, the kids rolled their eyes and thought "you said the same thing about pot."  And kids need accurate information about drugs so they don't end up like Jim Carroll who said he started shooting heroin because he thought that heroin was pretty safe and non-addictive as opposed to marijuana which was highly addictive and easy to od on. If he had better information, he might have spared himself years of addiction. But then he wouldn't have written "The Basketball Diaries" and "People Who Died," so it's a trade-off.

Anyway, if you teach these youngsters that having sex will kill them, how long before someone knows someone who tried it and she's not dead or in a gang, so I guess Officer Coward was lying to us, let's all go get laid! And then they won't have the information they need to prevent stds or pregnancies, which would be a real tragedy. Even worse than the imaginary tragedies of limbless meth-heads and hooker gangstas.

Posted by Professor Chaos at 8:59 PM 4 comments: Links to this post