So, if you're a cop, and you think maybe cops are getting a bad rap due to all the unarmed black guys they keep somehow killing and their generally thuggish behavior in Ferguson, what sort of an op-ed might you write?
Well, assuming you're not a moron, you probably wouldn't come out with something like this column in the Washington Post:

I’m a cop. If you don’t want to get hurt, don’t challenge me.


What the fuck? Are you sure this isn't the Onion?

So who the fuck is this scumbag?

By Sunil Dutta August 19
Sunil Dutta, a professor of homeland security at Colorado Tech University, has been an officer with the Los Angeles Police Department for 17 years. The views presented here are his own and do not represent the LAPD or CTU.


Really? The LAPD? The LAPD doesn't share this viewpoint? You sure?

A teenager is fatally shot by a police officer; the police are accused of being bloodthirsty, trigger-happy murderers; riots erupt. This, we are led to believe, is the way of things in America.


Well, yeah. All those things happened in America, so. . . yeah, I would say that this is the way of things in America.

It is also a terrible calumny; cops are not murderers.

SALT LAKE CITY (AP) — A Utah police officer who killed his wife, their two children, his mother-in-law and then himself received text messages from his wife just hours earlier threatening to leave him and take their kids and confronting him for raping her, new documents show.

(CNN) -- A former policeman is on trial in Kansas, accused of killing his wife and setting their home on fire more than two years ago. 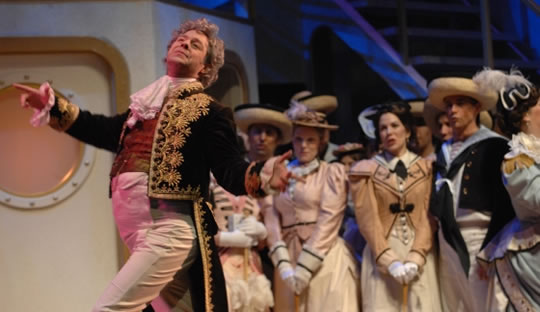 
cops are not murderers. No officer goes out in the field wishing to shoot anyone, armed or unarmed.


Really? No officer? How many police officers are there in the US? I mean, there are about 2,000 in Atlanta and we're not even that big a city. So there must be several hundred thousand in America. And none of those cops are looking to shoot someone? Not one? You know how ridiculous people sound when they say that all cops are corrupt or all cops are thugs? Saying none of them are is just as ridiculous.

Regardless of what happened with Mike Brown, in the overwhelming majority of cases it is not the cops, but the people they stop, who can prevent detentions from turning into tragedies.


Regardless of what happened with Mike Brown? You do know a young man was killed, right? That's not some minor detail to be brushed aside. But regardless of your gross insensitivity, you sound like an abusive husband saying that it's his wife's responsibility to prevent him from getting upset enough to beat her up. In other words, you sound like a scumbag.

Working the street, I can’t even count how many times I withstood curses, screaming tantrums, aggressive and menacing encroachments on my safety zone, and outright challenges to my authority. In the vast majority of such encounters, I was able to peacefully resolve the situation without using force.


Why would you ever use force? There's no law against tantrums, curses or challenges. You're an American cop, not a member of Saddam's Republican Guard. You're not actually allowed to use force on people who hurt your feelings.


One time, for instance, my partner and I faced a belligerent man who had doused his car with gallons of gas and was about to create a firebomb at a busy mall filled with holiday shoppers. The potential for serious harm to the bystanders would have justified deadly force. Instead, I distracted him with a hook about his family and loved ones, and he disengaged without hurting anyone. Every day cops show similar restraint and resolve incidents that could easily end up in serious injuries or worse.


Yes. There are many many good cops who do good work and are heroes. That doesn't excuse the ones who shoot unarmed kids for jaywalking, or choke a man to death for maybe selling cigarettes, ar kill a man holding a bb gun in Target.  If you arrested Tony Soprano, would you listen to him tell you about all the Italians in New Jersey who weren't mobbed up? Would that make a difference? Because most Italians in New Jersey are not criminals does not mean that we should overlook the crimes of the Soprano family.


Sometimes, though, no amount of persuasion or warnings work on a belligerent person; that’s when cops have to use force, and the results can be tragic. We are still learning what transpired between Officer Darren Wilson and Brown, but in most cases it’s less ambiguous — and officers are rarely at fault. When they use force, they are defending their, or the public’s, safety.


No, we already know what happened. There were witnesses. It couldn't be less ambiguous. And if officers are rarely at fault, that does not excuse the ones who are.

Even though it might sound harsh and impolitic, here is the bottom line: if you don’t want to get shot, tased, pepper-sprayed, struck with a baton or thrown to the ground, just do what I tell you.

Don’t argue with me, don’t call me names, don’t tell me that I can’t stop you, don’t say I’m a racist pig, don’t threaten that you’ll sue me and take away my badge.


Wait. You're saying that if I argue with you, ARGUE, you're gonna shoot me? You're gonna club me with your baton if I call you names? Where are you stationed, Tahir Square?


I am aware that corrupt and bully cops exist. When it comes to police misconduct, I side with the ACLU: Having worked as an internal affairs investigator, I know that some officers engage in unprofessional and arrogant behavior; sometimes they behave like criminals themselves.


WHAT??? You just now said that you would behave like a corrupt bully if I argued with you! Threatening to throw me down and pepper-spray me if I call you names is pretty much the epitome of unprofessional and arrogant behavior.

And you don’t have to submit to an illegal stop or search. You can refuse consent to search your car or home if there’s no warrant (though a pat-down is still allowed if there is cause for suspicion). Always ask the officer whether you are under detention or are free to leave. Unless the officer has a legal basis to stop and search you, he or she must let you go.


Unless that cop is you. Then you will tase me, pepper spray me, beat me and shoot me for daring to question your authority.

But if you believe (or know) that the cop stopping you is violating your rights or is acting like a bully, I guarantee that the situation will not become easier if you show your anger and resentment.


So, in other words, when your rights are being violated, you just smile and take it, bitch!


Save your anger for later, and channel it appropriately. Do what the officer tells you to and it will end safely for both of you.


If you're white.
And not occupying anything.

Community members deserve courtesy, respect and professionalism from their officers. Every person stopped by a cop should feel safe instead of feeling that their wellbeing is in jeopardy. Shouldn’t the community members extend the same courtesy to their officers and project that the officer’s safety is not threatened by their actions?