CNN is a trainwreck, Don Lemon is the conductor.

How is CNN still on the air? ( I know, it isn't "the air" anymore, I'm old.)
And how do they keep trotting out Don Lemon?

The other day, Clint Eastwood said something incredibly stupid  and, let's say "racially insensitive" at least.

Now most people just rolled their eyes and said maybe this guy: 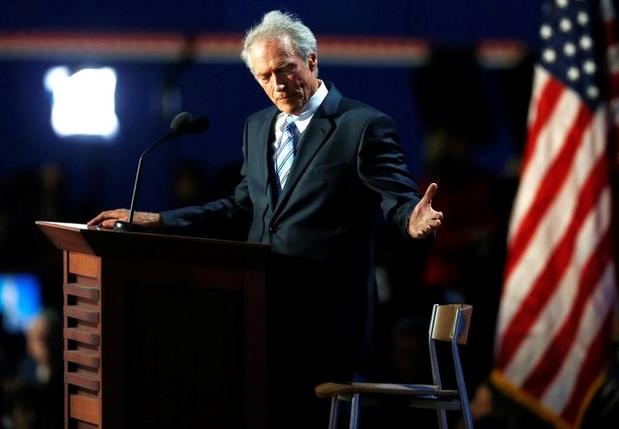 Or maybe this guy:

But Don Lemon heard this and said "an old white guy said something offensive? Convene a panel!"

And of course, it wouldn't be a CNN panel unless they found someone from Hollywood to defend Eastwood's comments. Enter Graham Beckel! Yeah, I didn't know who he was either. But according to IMDb, he's been in a lot of stuff.

but I still don't really know who he is.  But apparently his brother Bob works for CNN (seriously) so they were able to land him as an expert commentator.

Here is what he had to say about Eastwood's recent word-poop.

GRAHAM BECKEL, ACTOR: Yes. Clint is 86 years old, lives in Hollywood and kissing ass is a, you know, it's the currency of the realm, everybody in Hollywood kisses ass except people with a tremendous amount of integrity, he being one, Warren Beatty, Tommy Lee Jones, Morgan Freeman, people from the left and the right, some people have integrity, Clint Eastwood is one of them.
And I love the popping you guys are doing with this corn, overrating this some of kind of racist thing about it. I think that's a -- it's dim witted and slam goes...
(CROSSTALK)

What? Okay, for one thing, after hearing Eastwood's comments, I got to figure that Warren Beatty, Tommy Lee Jones and Morgan Freeman are probably not too thrilled about being lumped in with him as "men of integrity."

Hell, considering I dated my granddaughter, I really can't complain!

But "I love the popping you guys are doing with this corn?" That may be the weirdest thing ever said on CNN, and they've had Orly Taitz on!

And this hot mess.

Who else but Don Lemon could make this shit even more confusing by trying to get a clarification?

BECKEL: What -- didn't somebody just saying that what Clint was saying was racist? Did I not hear that?

LEMON: But I want you to explain how it's being racist by pointing that out.

Look, I'm no professional journalist like Don Lemon, but I think maybe it should be pointed out that Beckel did not actually say that it was racist to call Eastwood's comments racist. So you could forgive Beckel for being a bit confused at this point. Except that he seemed to be pretty confused when he showed up.

And, you know, I was working with him in San Quentin Prison, we were doing a movie and we had heavy guards around, there's a lot of guards and right before our lunch they all took off and Clint led the crew and the cast through the yard.
There were 800 prisoners in that yard. And they were black, they were white, they were Hispanic, Asian.  Whatever God has ever made the visage of man was in that yard. It was utterly silent. That man walked into the middle of that crowd and everybody suddenly burst into applause and they were cheering him. Why? Because he's the masculine ideal. He's the guy who tells it like it is.

Okay, first of all, stop trying to use big words and high falutin' language. " Whatever God has ever made the visage of man" is a ridiculous way to say "every ethnicity, or every type of person, or whatever the fuck you were trying to say.

And you seriously ask why did the prisoners applaud him? Um, because he's a movie star? And they enjoyed his movies? And also this never happened? At least not the way you describe it. No guards are going to desert a bunch of actors in the middle of the yard in San Quentin prison. Not the prison guards or any private security guards the studio might have hired. They'd never work again if they did that. And sure, Clint Eastwood would probably have been fine because a lot of the prisoners were probably fans, but someone in that cast or crew would have had a pretty bad day. (I can't imagine it would have gone well for the "best boy.")

LEMON: OK. So, Graham, but what does that have to do with this question...
(CROSSTALK)
BECKEL: I don't -- I don't get what the racist question is.
LEMON: OK. Maybe the...
BECKEL: The post-colonial victim bullshit. I don't get it. Sorry.

Well thank God we took the time and expense to get you into the studio for this discussion!

Coming up next, we ask our sports network for his World series predictions and he responds "what the hell is this baseball shit?  The throwing, and the running, I don't get it."

And for some reason, they just keep going.

LEMON: Yes. So, I'm trying to figure out though, Graham, what is being, you know, overly masculine, or being masculine, what does that have to do with racism? And what's the connection? I don't get it.
BECKEL: You know, I read that entire article on the subject of race; it didn't particularly enter in as a feature or fabric of it. And, Charles [Blow], how many -- how many black soldiers spent the winter with George Washington at Valley Forge?

Jeezus Christ, Lemon, he doesn't know! Stop asking him questions! He has no idea how to formulate an answer. He's just tossing out random thoughts.

BECKEL: OK. This whole subject of race and around the election, that's one issue. Clint Eastwood in the context of this article is quite something else. That was a feature of it that was a part of it certainly. But that wasn't the substance of it.

Hey, you can't call Eastwood a racist if only SOME of the things he said were racist!
If he can get through an entire paragraph without using the N-word, he's not a racist!

You know, why is it -- you know, I always judge people on would they have spent the winter with Washington, anybody who is running for president.
And nobody lately has had that quality particularly. Why is it that they had to ask Trump about women at the top and not find out what the body of his knowledge was?
How many black soldiers spent the winter with Washington at Valley Forge? It's a perfectly legitimate question. The answer is 700.

Um, no one asked you to judge any presidential candidate. No one is asking about Trump's misogyny. And we know what Trump's body of knowledge is. Real estate, the bankruptcy laws, and how hot his daughter is.

Let's give the last word to Lemon's other guest, political commentator Charles Blow.

BLOW: No, you don't ask me to answer that. I don't know what this man is talking about.

Couldn't have said it better myself.

Posted by Professor Chaos at 8:44 PM 2 comments: Links to this post