How is David Brooks still employed?

Full disclosure. I am not a fan of HRC. I don't hate her, and if she is the Democratic nominee I will absolutely vote for her. I would very much prefer Bernie Sanders, but against Trump (or any Republican) it's no contest. That being said, David Brooks is  the worst.

Why Is Clinton Disliked?


Honestly, shouldn't you be concentrating on why David Brooks is disliked? Because, believe me, it's a long list.


I understand why Donald Trump is so unpopular. He earned it the old-fashioned way, by being obnoxious, insulting and offensive. But why is Hillary Clinton so unpopular?

You know why Hillary Clinton is unpopular. You know damn well. You know that when Hillary Clinton first appeared on the national scene as the wife of candidate Bill, she was a successful working woman who refused to be apologetic about it.  A married woman who still used her maiden name,and knew that she could raise a child successfully without becoming June Cleaver and conservatives were apallllled! Before anyone really even knew anything about her, the right had convinced middle America that she was anti-family, anti-man, anti-America, etc, etc, etc. That she was contemptuous of traditional mothers, was the anti-christ, etc. You know this. Don't play dumb.


In the New York Times/CBS News poll, 60 percent of respondents said Clinton does not share their values. Sixty-four percent said she is not honest or trustworthy.


So then what's the mystery?

If the majority of voters hold different values and find her untrustworthy, of course she wouldn't be popular.

But, those column-inches aren't gonna fill themselves, so. . .


But what exactly do so many have against her?
I would begin my explanation with this question: Can you tell me what Hillary Clinton does for fun?

Jeezus Christ, who the hell cares what her hobbies are? I mean, assuming they aren't strangling kittens or committing arson, why would anyone care what Hill does in her spare time? Does she even have any spare time? She sure as hell won't have much if she's president.

We know what Obama does for fun — golf, basketball, etc. We know, unfortunately, what Trump does for fun.But when people talk about Clinton, they tend to talk of her exclusively in professional terms.


Oh, dear God! She's seen in professional terms? What a handicap! People think she's a competent professional? How can that be bad? 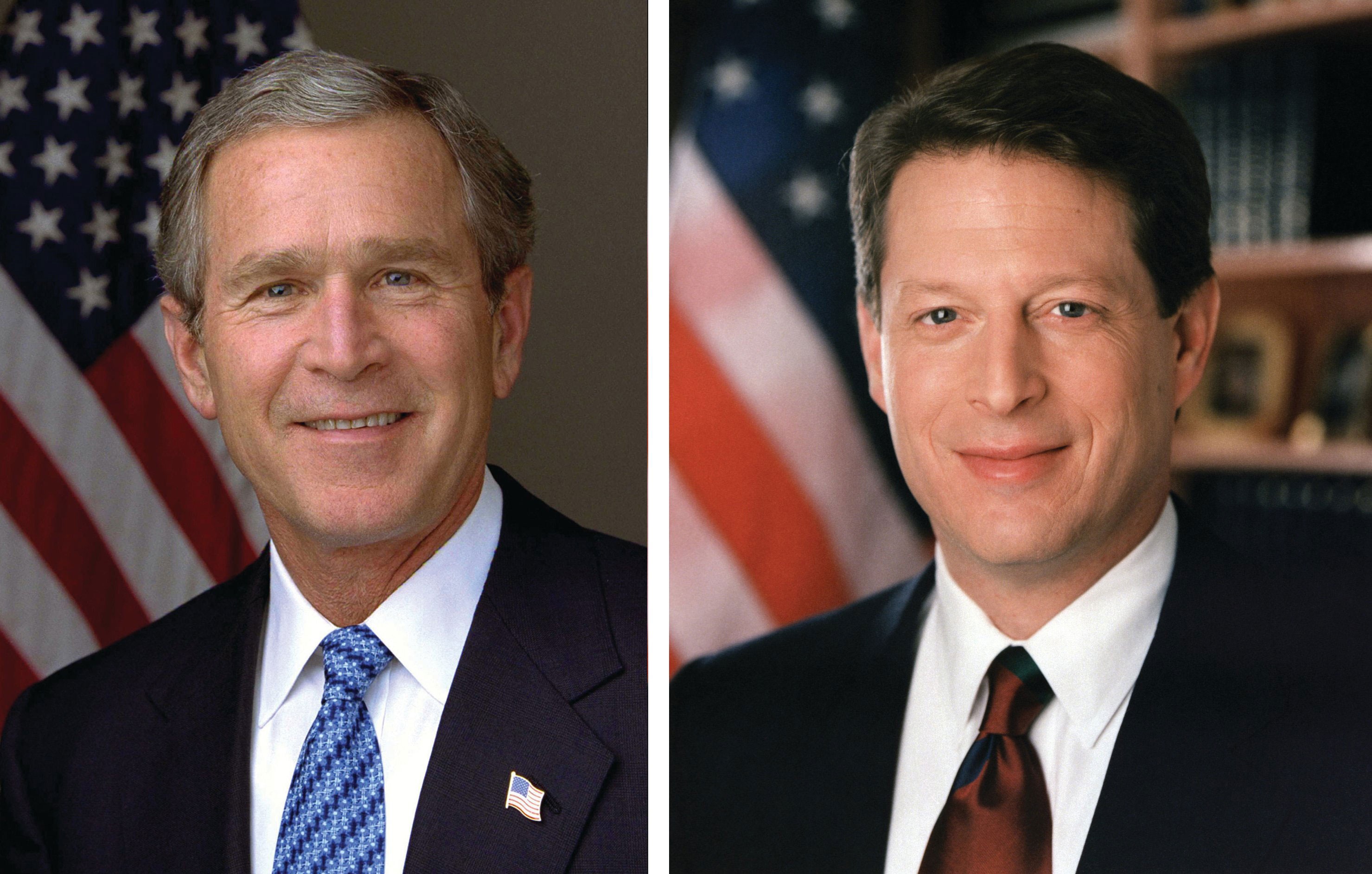 
Really? Because you know who was a notorious workaholic?


At least in her public persona, Clinton gives off an exclusively professional vibe: industrious, calculated, goal-oriented, distrustful. It’s hard from the outside to have a sense of her as a person; she is a role.


Oh, you know what? Maybe if a bunch of idiots in the media didn't talk about which candidate voters wanted to have a beer with,

A Cold One With Donald

There has never been a better candidate to have a beer with than Trump.


or which is most "relatable" to "soccer moms" or every other bullshit metric you morons come up with to judge "electability," maybe it wouldn't matter so much if people can get a "sense of the candidate as a person" or whatever.  You think George washington was a fun guy to have a beer with? You think you'd like to hoist a pint and shoot the breeze with John Adams or Woodrow Wilson? If you're going by who would be fun to hang with, ony Teddy Roosevelt and Andrew Jackson probably make the list. And Ben Franklin would have been president for our country's first decade at least.

This formal, career-oriented persona puts her in direct contrast with the mores of the social media age, which is intimate, personalist, revealing, trusting and vulnerable. It puts her in conflict with most people’s lived experience. Most Americans feel more vivid and alive outside the work experience than within.


Well, A) most Americans have crappy jobs that they hate. and B) most Americans are not qualified to hold any elected office, let alone President.
Also, I think that the voters understand the difference between some B-list celebrity Tweeting every thought that pops into his head and a serious candidate for the Oval Office.

Obviously, this guy doesn't, but most people do.

There’s a larger lesson here, especially for people who have found a career and vocation that feels fulfilling. Even a socially good vocation can swallow you up and make you lose a sense of your own voice. Maybe it’s doubly important that people with fulfilling vocations develop, and be seen to develop, sanctuaries outside them: in play, solitude, family, faith, hobbies and leisure.


What? What does that even mean? How does a fulfilling career make one lose one's own voice? Also, a "socially good vocation?" Do you not have a thesaurus? Or are you lapsing into Newspeak?  And why would it be important that those who are fortunate enough to have a "vocation that feels fulfilling" be seen to have outside interests? Are the doctors, athletes and movie stars supposed to set an example for us little people? Well, gosh, if Johnny Rockstar has time to take up sky-diving, I'm inspired to do the same! Thank God for people with fulfilling vocations! You know, I was worried for a while when I saw that Sue the Surgeon wasn't developing any sanctuaries outside herself, but now that she's found a hobby and some leisure, I can rest easy!

Abraham Joshua Heschel wrote that the Sabbath is “a palace in time which we build.” It’s not a day of rest before work; you work in order to experience this day of elevation.


Okay, I think we're getting a little off-track now.
Also, I'm pretty sure that the Sabbath was instituted as a way to compel the children of Israel to take time away from their occupations to praise J-w-h, not to build themselves a time-palace. The point was to remember who the Boss was, and what one's priority should be (the worship of J-w-h), not as a reward for having worked hard the previous six days. And it was certainly not a day for people to experience elevation. Part of the whole Sabbath thing was to keep people humble. You were more likely to be prostrating yourself before the Lord on the Sabbath than elevating yourself in any way.

See, now you've dragged me off-track too. Can we get back to the subject at hand, which was, I believe, the candidacy of Hillary Rodham Clinton?

Josef Pieper wrote that leisure is not an activity, it’s an attitude of mind. It’s stepping outside strenuous effort and creating enough stillness so that it becomes possible to contemplate and enjoy things as they are.

Okay, that's a fine recommendation for the taking of leisure time. Fine. But what the hell does it have to do with Hillary? Look, I've done this before. Start off writing about one thing and then suddenly realize you've meandered on to a whole different topic. I've done that. But I'm not a highly payed columnist for the NEW YORK FUCKING TIMES either. I'm just some guy who dicks around on Blogger in his spare time, makes zero dollars, and doesn't have the time or inclination to go back and edit. You're supposed to be a professional, Brooks. Get your shit together.


Even successful lives need these sanctuaries — in order to be a real person instead of just a productive one. It appears that we don’t really trust candidates who do not show us theirs.

You know what I want in a President? I want what I think most people want. I want someone who is going to dedicate her/himself fully to the demands of the job. I want a workaholic. I think most people do. Look at the three candidates left in the race. Bernie Sanders, Hillary Clinton and Donald Trump are all over 65 years old and amazingly tireless. They campaign non-stop. And people respond to that. People don't really seem to like a presidential candidate that takes time off in the middle of a campaign to go on a cruise, as Newt Gingrich infamously did in 2012. They want a smart, competent, hard-working grinder.

But what if they didn't?

Hillary is that person. So is Bernie. And Trump has conned an awful lot of people into thinking that he is that person too. That seems to be what people want. You want to know why Hillary is unpopular?  Well, we've addressed part of that already , up near the top. Let's get into the rest tomorrow.