People who should have remained silent and been thought the fool

People who should have remained silent and been thought the fool:


Standing next to Cardinal Blase Cupich on Friday night in Chicago, Wahlberg, a committed Catholic, told Chicago Inc., "I just always hope that God is a movie fan and also forgiving, because I've made some poor choices in my past."


Poor choices? That's one way of putting it. I can certainly think of some "choices" you've made that you might want God to forgive you for.


"'Boogie Nights' is up there at the top of the list."

Whaaaaaaa?????
I mean, granted, Boogie Nights was a pretty crappy movie, but the TOP of the list? I gotta think that if the Good Lord is reading your Nice and Naughty list, Boogie Nights has to be pretty far down there, below throwing rocks at black children, knocking out a Vietnamese man with a wooden club, punching a second Vietnamese man so hard he lost an eye, and for a lifetime of homophobia.

And also Transformers. Seriously, what the fuck was that about?

Today, he clarified his remarks which seems completely unnecessary, but whatever.

He then commented that the discussion about Boogie Nights began when someone asked if he would accept a similar type of role now. "I don't know if that would make my wife [Rhea Durham] all that comfortable," Wahlberg noted. "I don't want to compromise my artistic integrity 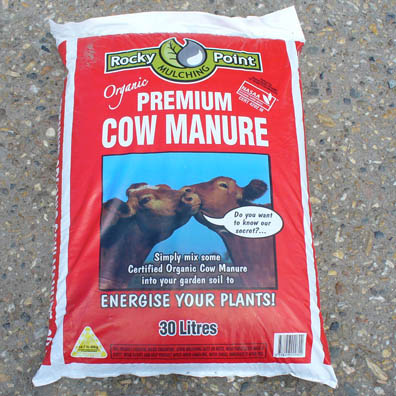 “As a Texan, as a father, can you wrap your brain around what we’re learning today, that children were killed, children were shot, the 14-year-old daughter of the pastor was killed in this type of attack?


As if children being murdered with guns wasn't an everyday fucking occurrence in this god-forsaken country!
Oh my God, the mind just reels at the idea of children being shot down with military-style weaponry! Who could have thought that something so unimaginable could happen in America? I mean, other than the Sandy Hook parents, they probably could imagine that. Or the Columbine parents. Or the parents of the six-year-old murdered in Aurora.  Or the parents of the 5 and 7 year-old girls who were shot dead TWO FUCKING DAYS EARLIER IN MABANK, TX!

As a country, what do we do? How can we get our arms around this and stop this insanity?” Fox News anchor Eric Shawn asked Paxton.

WE KNOW WHAT TO DO! Australia has given us the template. Australia has put a stop to these kinds of mass shootings, which used to happen fairly regularly there.
If nothing else, you can just look at how many of these fucking massacres we had while the assault weapons ban was in place compared to our current-day situation where mass shootings are so frequent that there needs to be a certain number of victims to even make the news. We know what to do, we've just decided not to do it. We've chosen to wring our hands and pretend that there's just nothing that can be done.

How many times do these people have to trot out this thoroughly stupid fantasy?
Do you think John McClane is going to be seated in one of the pews the next time a maniac walks in and opens fire?
Here's a little math for you. The shooter shot right around 50 people, about half of whom survived. Police estimate that he fired about 350 rounds. So this guy, who is not in fear for his life, is a cold-blooded killer with no one shooting at him, misses the vast majority of his shots. And he's got a whole church-full of targets. Now imagine you, Paxton, are concealed-carrying at church when a gunman walks in and opens fire. You're going to have the biggest spike of adrenaline you've ever felt in your life. You're going to be scared and confused and overwhelmed by your fight-or-flight response. What are the odds that you're able to hit the shooter? Considering that, under similar circumstances, trained law enforcement officers miss most of their shots. How likely is it that you actually manage to take down this lunatic who, by the way, is wearing a bullet-proof vest, so it's gonna have to be a perfect headshot.

Now imagine this. It's Texas, so half the congregation is strapped. You pop up to return fire at the gunman. Now the next good guy with a gun sees two guys firing weapons. Is he going to know which one to shoot at? Will the third good guy? When the police arrive, will they know which of the guys throwing shots across the narthex are the good ones?

He agreed that carrying a gun to church can seem unnatural and that’s why many people don’t do it.  But, Paxton argued, we need to be “arming some of the parishioners or the congregation so that they can respond if something like this, when something like this happens again.”

"We've had shootings in churches for, you know, for forever," Paxton said. "It's going to happen again."

GUN MURDERS ARE NOT NATURAL DISASTERS. THEY ARE PREVENTABLE. Not every single one, obviously. But it is just the nadir of depraved indifference to act as if mass shootings are just a part of life that we have to deal with, like earthquakes in California or hurricanes in Florida.

So, because Paxton and pretty much every other Republican (and far too many Democrats) are on the payroll of the NRA, an organization with more blood on it's hands that ISIS, every American is just supposed to live with the knowledge that we can just be murdered at any moment, anywhere, for any reason. Or for no reason. We all just have to accept the fact that any one of us can have our lives snatched away any time some asshole with an AK decides that today is the day. We're just supposed to accept that everyday life in America is to be lived like a Jason Bourne movie. Whenever we enter a business, a public space, a house of worship, we should be scanning for escape routes, figuring out the most likely place a killer might make entry, planning how to take the shot that saves our lives and the lives of our friends and families. This is supposed to be the new normal? We're just supposed to accept this?

Never!
We need to drum out every politician that has taken one dollar of the NRA's blood money.
We need to make the NRA's endorsement into the stigma that it would be in a sane society.
Taking a donation from the NRA needs to be treated with the same level of disgust as taking money from the Klan.
If someone you know tells you they are an NRA member,you should react with the same level of revulsion as if they had claimed membership in NAMBLA.
Anyone who puts the profits of gun manufacturers and the tender feelings of Second Amendment absolutists above the ability of regular people to live their lives without the constant fear of violence and death should be showered with opprobrium and banished from decent society.

Okay, I got a little off-track there, but my point was Ken Paxton, it would have been better for you to have remained silent and been thought the fool than to have spoken up and removed all doubt.
Also, go fuck yourself.
Posted by Professor Chaos at 5:48 PM 2 comments: Links to this post