TRUMP: Well, look, you know because you cover it.  We've done an amazing job on regulations.  We've freed it up.  We freed up this country so much, the miners and energy and the banking system is now coming, too, with Dodd-Frank, which is a disaster.


Yes. everything is fixed now.  All the miners are back to work. And energy. There is definitely energy. That exists.

We freed up so much and we're getting great, great credit for it.  We have done so much for so many people.  I don't think that there is a presidential period of time in the first 100 days where anyone has done nearly what we've been able to do.

And for those of you keeping score at home, that includes a ban on Muslims that was overturned, a second ban on Muslims which was also overturned and. . . um. . .  A couple botched military actions?

And he's getting such great, great credit for this that his approval rating is nearly 40 percent!


And on top of it, we just had — during the first 100 days, a Supreme Court justice approved, not just nominated, but approved through a very, very hostile environment.


Um, yeah. That's not really an accomplishment. That's just how it's supposed to work. When there is a vacancy on the Court, the president nominates a replacement and the Senate confirms that person. That's pretty much standard procedure unless the President is black.

And it's really odd that you think nominating someone is some sort of impressive feat. Like not only did we nominate him. . .  It takes no effort to nominate a judge. You just say "I nominate Judge Smith" or whoever, then your staff fills out whatever paperwork there is for your signature and you're done. I'm sure your staff probably told you this is very difficult, but that's because you have surrounded yourself with complete incompetents.

We have thousands of jobs all across the country.
Look at what's going on in Michigan with the expansion of the plants by Ford, by General Motors, yesterday Toyota announced that they're going to spend $1.3 to $1.9 billion in Kentucky.


All of which was on the books for at least a year.

Well, I'm not sure what you mean by the auto industry "leaving us." Hyundai built an auto plant in Alabama in 2005. Kia opened a factory in Georgia in 2009.  BMW put an additional $1 billion investment into their existing South Carolina plant in 2014.
And it's not just overseas car companies that see the American South as their third-world sweatshop destination. GM expanded production in Missouri in 2015, the same year Chrysler started building transmissions in Indiana.


TRUMP:  Yes, I am waiting right now for so many people.
BARTIROMO:  You're under staffed.
TRUMP:  Hundreds and hundreds of people.  And then they'll say, why isn't Trump doing this faster?
You can't do it faster, because they're obstructing.  They're obstructionists.
So I have people — hundreds of people that we're trying to get through.  I mean you have — you see the backlog.  We can't get them through.


Oh, it's because of "obstructionists." Right! It has nothing to do with the fact that no one on your team has the slightest clue how to put together a staff, how to fill agency vacancies, or even how many or what type of people you need. If Democrats were "obstructionists," wouldn't they have tried to stop disasters like Betsy DeVos, Ben Carson, or Rick "I don't know what my own agency does but I'd like to eliminate it" Perry? Wouldn't they have at least tried to keep a notorious racist from becoming attorney general?
Or are you just congenitally incapable of ever taking responsibility for your own actions?


TRUMP:  And then the newspapers will say Trump doesn't get them through.  Well, not — nothing to do with me.


Well, I guess that answers that question.

BARTIROMO:  Well, people are still wondering, though, they're scratching their heads, right, so many Obama-era staffers are still here.

Yes, people who have no idea how anything works are definitely wondering that!

For example, was it a mistake not to ask Jim Comey to step down from the FBI at the outset of your presidency?
Is it too late now to ask him to step down?
TRUMP:  No, it's not too late, but, you know, I have confidence in him.  We'll see what happens.  You know, it's going to be interesting.

Oh really? You have confidence in the man who helped hand you the presidency? You don't say!

Don't forget, when Jim Comey came out, he saved Hillary Clinton.  People don't realize that.  He saved her life, because — I call it Comey won.  And I joke about it a little bit.


Um, James Comey ran a very public criminal investigation of your opponent Hillary Clinton which turned out to be completely baseless. After announcing her exoneration, he then made public the absolute bullshit that some of the e-mails she had sent to her top aide were also to be found on that aide's computer and he's not saying that this means she committed all the crimes, but he's not NOT saying it either, wink, wink.
Not sure how that translates into "saving Hillary Clinton."

Let's see. Who would know better whether someone had committed crimes, tghe director of the FBI or a senile buffoon who believes whatever was the last thing he read on Breitbart that morning? Hmmm. . . who to believe? 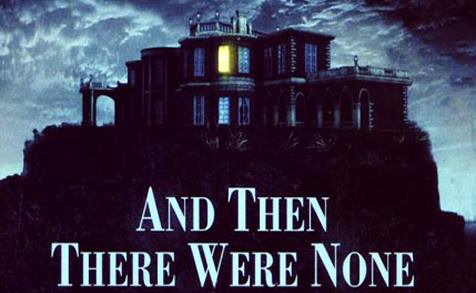 What does that even refer to?

Hey, just because I campaigned on "Lock Her Up!" doesn't mean I'm gonna try and lock her up! What am I, Mr. truth-telling guy all of a sudden? Am I little Petey Promise-Keeper?


But it's so obvious.  When you look at Susan Rice and what's going on, and so many people are coming up to me and apologizing now.  They're saying you know, you were right when you said that.


Perhaps I didn't know how right I was, because nobody knew the extent of it.  (INAUDIBLE)...
BARTIROMO:  When you sent that...
(CROSSTALK)
TRUMP:  — what they did...
BARTIROMO:  — was that what you were referring to, the Susan Rice?
TRUMP:  Oh, sure.  We're talking about surveillance.  It was wiretapped in quotes.  "The New York Times" said the word wiretapped in the headline of the first edition.  Then they took it out of there fast when they realized.


You sent three Tweets claiming to have been wiretapped. In only ONE of those was the word "wiretapped" in quotes.  Are you not going to call him on this, Bartiromo?


But we talked about surveillance or whatever.  And you look at the extent of the surveillance.  Me and so many other people, it's terrible.
BARTIROMO:  She said she didn't do it for political reasons.  Susan Rice...
(CROSSTALK)
TRUMP:  — does anybody really believe that?


Yes. Yes, everyone believes that. Well, anyone who knows what the hell they're talking about. Susan Rice was monitoring Russian mobsters. She rightly wanted to know to whom these mobsters were talking. If your guys, if  Manafort or Carter Page or General Flynn turned out to be the guys on the other end of the line, well that's kinda on them. And you.
She would have been derelict in her duties had she not had the guys talking to Russian mobsters "unmasked."


Oh my GAWD! you have both houses of Congress and you still couldn't pass the one thing that every goddamm one of them has been promising their constituents for 6 years now. You couldn't get your own party to pass a bill that they had been practice-passing for the last half-decade. That is the epitome of failure!


Then I skip ahead because I'm just getting so nauseous when I see the stupidest thing ever said and it isn't even said by Trump. It's said by Maria Bartiromo:


Yes. The missiles were unmanned. No passengers onboiard the goddamm Tomohawk fucking missiles! Wait. You're telling me that these missiles flew all the way to Syria without pilots? BRILLIANT!

Posted by Professor Chaos at 9:39 PM 2 comments: Links to this post