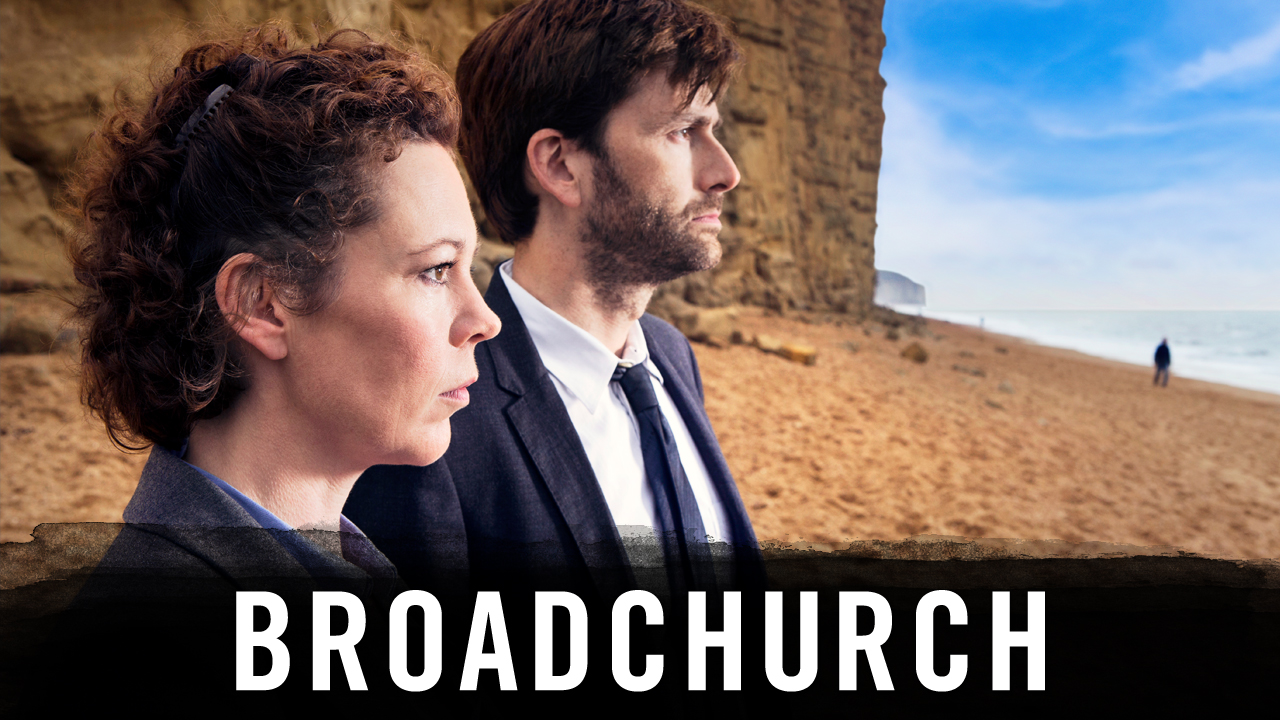 This is a British show that I had not heard of, but stumbled onto somehow. Anyway, it's a murder mystery spanning 8 one-hour episodes. It reminds me a bit of the first 2 years of AMC's The Killing. Multiple suspects, suspicion shifting from one to another and then back again, always keeping you guessing. The show deals with with the nuts and bolts of the police investigation, but also with the family of the dead boy trying to cope and the reaction of the townspeople fearful of the murderer among them.  Sometimes, the emotions can get pretty intense, as you might imagine.

There is apparently a second season that just started airing somewhere, I'll try to find it on demand, but these 8 episodes function as a stand-alone story that (spoiler alert) does finally get resolved in the end.

I don't know how this show is doing, ratings-wise. Fox has been running two episodes back-to-back each Sunday, and I don't know if that's because it's doing so well, or if it's an attempt to drum up interest, or if they're just dumping as many episodes as they can because it's doing poorly. I don't know.
What I do know is that Will Forte and Kristen Scall are two of the funniest people on Earth, and if you're not watching this because the promos looked a bit dull or silly, you're missing out on some really funny stuff.

Episode 1 does drag abit, definitely, because the only person in it until the very end is Will Forte. Will Forte is great, but there's only so much of him talking to mannequins and yelling at God that's going to work. Once Kristen Schall shows up, it really takes off. They've added a few more people including January Jones and Mary Steenburgen and it's just really funny and clever, and it's not "Arrested Development" or "The Simpsons" in terms of inventiveness but it's pretty damn good. And I'm happy that Kristen Schall seems to be finally becoming something of a star. She's been so funny on the Daily Show and as the voice of Louise on Bob's Burgers, it's about time she got a starring role. This is anew Netflix exclusive that has been getting a fair amount of buzz. It stars Ellie Klemper (The Office, Bridesmaids) as a woman who has just escaped from an underground bunker after 15 years in captivity. So, besides knowing nothing of the modern world (a la Brendan Frazier in Blast From the Past) she's also in a lot of ways still a naive 15-year-old girl living as an adult.

Klemper is terrific in this role. I liked her on The Office, but I never would have thought she could carry a show like she does. Just her facial expressions alone are amazing. The sheer joy she exudes is infectuous. It would be so easy to play Kimmy as over-the-top ditzy or nutty, but she knows exactly where the line is.

There are a couple of problems with this show. First, Carol Kane, whom I usually love, is wasted as Kimmy's landlady. It's just not a well-written character, her jokes fall flat and it just doesn't work.

The bigger problem is that Kimmy was kidnapped at 15 and forced to live in a bunker with a cult-leader and three other women where, as she tells her new roommate, "there was weird sex stuff," and that ordeal is sometimes played for laughs. As is Kimmy's PTSD. Her roommate once tells her she needs to get therapy because she wakes up screaming and she bites his nails. Which isn't a bad line, but it's kind of offensive that they treat her ordeal as a source of humor.

I've only seen a few episodes, so hopefully that isn't something that's going to re-occur.

Also, Jane Krakowski is terrific as Kimmy's employer. She's used a lot better here than she was on 30 Rock, which is odd because Kimmy Schmidt is also a Tina Fey production.