You do realize that if people start being "reasonable" you're out of a job, right?

The amount of projection is staggering!

Yes, people believe in absurd things. Like the absurd idea that "sure the climate is changing, but so what? We can deal with it!" Sure, heat might be less of a danger than freezing, but when it becomes impossible to grow enough crops to feed the population, when floods and droughts become the norm,  when Miami is under water, when tropical diseases become common in North America, where are your smug, dismissive little reassurances going to be then, you arrogant little prick?

Also, what's more absurd, believing that 98% of relevant scientists are correct about the scope and consequences of climate change, or believing that they have all, these highly intelligent, well-educated men and women, been conned by, whom, Al Gore? Leonardo DiCaprio?

And maybe you might not want to mock people for believing in things for which there are no proof, like ghosts, when I'm guessing about 99% of your audience believes unconditionally in a God whom they've never seen or heard.

Hell, your audience believes with all their hearts that the President wants to give everyone free slut pills and abortions and also institute Sharia Law!

They firmly believe that the President is a weak-kneed apologizer and also an iron-fisted dictator!

They believe that America is the strongest most dominant military force the world has ever seen and is also on the verge of being completely destroyed by angry goat-herders who will somehow get their hands on nuclear weapons.

They believe that famous actors should stay out of politics and keep their political opinions to themselves and damn, Ronald Reagan was a great president.

And speaking of Reagan, they believe that the man who turned us into the world's largest debtor nation was a paragon of "fiscal responsibility."

And at least one of the guys on your panel apparently believes that "Land of the Lost" was a documentary!

So good luck with getting people to be "reasonable."

Posted by Professor Chaos at 7:38 PM 3 comments: Links to this post


Please, please, pleeeeeease let this be a bad Photoshop! 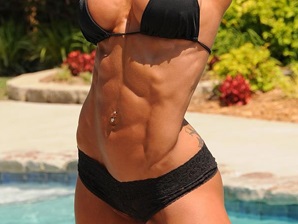 Controversy over new skinny pill -- Is it too strong for store shelves?...
Garcinia Cambogia Plus


Because otherwise, yes this pill should not be on store shelves. It should be on the Island of Dr Moreau .

No human torso looks like that!
Posted by Professor Chaos at 7:33 PM 2 comments: Links to this post