Had some trouble with the wi-fi for a few days. Fortunately, the Missus is good at technological things, so she got it working again. So, I've been out of the loop a bit.

Here's a thing that happened while I was offline: JEB! Bush, a man who has never had a real job in his life because he was born with a silver spoon up his ass, thinks Americans need to work more hours.
Let's see his reasoning:

“My aspiration for the country and I believe we can achieve it, is 4 percent growth as far as the eye can see. Which means we have to be a lot more productive, workforce participation has to rise from its all-time modern lows. It means that people need to work longer hours” and, through their productivity, gain more income for their families. That's the only way we're going to get out of this rut that we're in.”


Geez, where to begin?
First of all, Americans already work more hours than people in  the rest of the modern world. 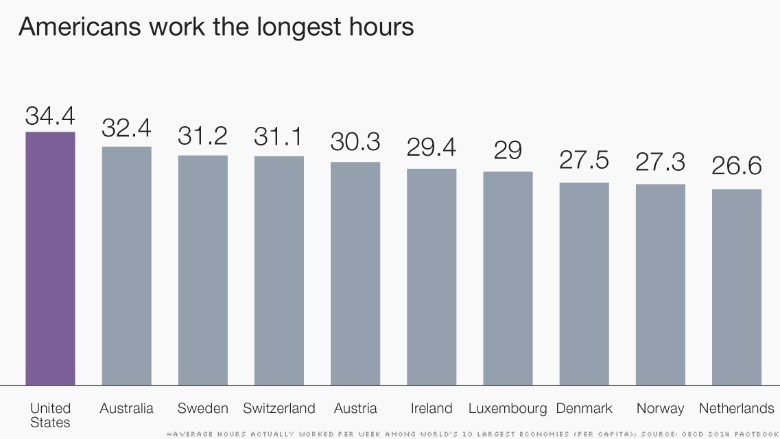 Secondly, I know you've never actually had a real job, so let me explain how it works. There are two kinds of jobs in the real world. Hourly and salaried. (for the most part. I know there's piece-work and commission, but mostly there are two types.) If your job is of the salaried variety, no amount of extra hours you work is going to result in "more income for your family." It may result in more profits for your company, but that absolutely does not translate into more monies for you.
If your job is of the hourly variety, you do not have the option to work more hours. You can't say to your boss "I'm a little light on cash this week, so I'm just gonna go ahead and put in some overtime." Every company I've ever worked for has had a strict "no unauthorized overtime" policy. You can actually get fired for working extra hours that weren't requested by your boss.

Even if you're a part-timer and your extra hours wouldn't be overtime, you're not allowed to choose to work extra. The first thing members of management learn in their training is that the number-one controllable expense for the company is payroll. There are always targets they have to meet for the number of man-hours used per day, per week, per month, and it's fine to come in under target, but they're going to catch hell if their department comes in over hours.


Third, the whole "increased productivity" thing is a scam. We're always told that by increasing their productivity, workers make themselves more valuable and are therefore able to command higher wages. It's bullshit. Increased productivity means that your company can now do more work with fewer employees. And if you think that entitles you to a raise, well there's a bunch of guys we just laid off that would love to come in here and do your job for less.

So, to whom is this campaign talking point supposed to appeal? Certainly not voters. I can't imagine the electorate wants to be told that it's your fault the economy isn't better because your lazy ass isn't working more hours. Is this just to appeal to the Kochs and the other big donors who like the idea of Bob Cratchit having to work on Christmas and he'd better shut up about wanting more coal?

Because this seems to be the sort of thing you would say to them privately. praying that none of the waiters has his cameraphone on. You know, if you actually want to win.

So is JEB! trying to win? I mean, I'm sure he'd like to, but I don't think even he thinks he has a chance. I don't remember who said it, but someone said that this campaign is not about JEB! actually winning the White House, because he's not delusional enough to think he could. And he probably isn't in this race to increase his media profile, because he already has the name recognition. The theory is that this campaign is for his son. To show him the ropes, introduce him to important people, teach him which asses to kiss to make money fall out of them.Makes sense to me. Because there's no way he can possibly think he has a chance to actually win this.