Good News! Someone has finally figured out how to end the problem of sexual harassment!

All we have to do is kick all the trans people out of the military, see, and then. . . wait. That can't be right, can it?

Tony Perkins: Men harass women because there are trans people in the military


Hmm, sounds a bit fishy, but if the star of Psycho and Fear Strikes Out thinks that. . . oh, wait. It's the other one, isn't it. The actual psycho,

Perkins appeared on “Washington Watch” on Tuesday, commenting on a USA Today report about a two-star army general who had been fired for sending inappropriate texts to the wife of another soldier. While he disavowed the behavior, he blamed the presence of LGBT service members in the armed forces as a reason for the general having a weakened moral code.

Ooh, way to go Washingto Week! What a get! Was David Duke not available? Or Dylan Roof? I mean, as long as we're going to have hate-mongers on as guests, why not just invite Donald Sterling to debate Mel Gibson?

“I think this is wrong, but who says it’s wrong? The military code of conduct? True, but that also said that homosexuality is wrong, but that prohibition is no longer being enforced. In fact, people are punished for not celebrating homosexuality,” Perkins said. “Same was true of transgenderism.”

Perkins continued, “That’s where the moral confusion comes from. People think, ‘Well, maybe I can get away with it because they can get away with that. That’s acceptable today, maybe I can do this.” He added, “When we deny there is a moral law and a moral lawgiver, it leads to confusion and chaos, and we’ve seen this increasingly within the ranks of our nation’s military.”

Oh my God! Why hadn't anyone ever thought of this before? All we have to do is go back to those halcyon days before the ban on LGBT soldiers was lifted and then presto! No more sexual harassment, no more sexual assault, no more. . . 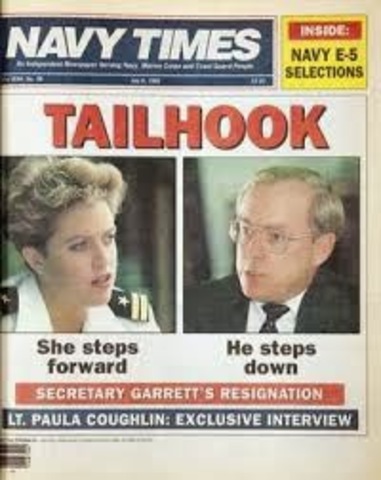 But, surely prior to the end of DADT, surely there were no . . .


Okay, well this is good news anyway - Michele Bachmann has finally put to rest the age-old question of whether the Bible is true!


Michele Bachmann: Every archeological find in history proves the bible is true

Speaking at the Value Voters Summit this Friday, former Minnesota GOP Rep. Michele Bachmann spent almost her entire time at the podium preaching the gospel of Jesus Christ, even calling on attendees of the political conference to accept Jesus as their lord and savior.

“You know the remarkable thing — when you read the bible, every archeology find that’s ever come forward has only proved the authenticity of the bible.”


Well, that settles it! I mean, when you look at these archeological finds . . Just as it's written in the Book of, um, Pharaohs?

How can you deny the veracity of the Biblical  accounts once you've seen visible proof like this:

They're right out of St Paul's first letter to the Mandarins!

Hmm, okay. Maybe that's not quite the news I was expecting. But this is sure to be good news - Mike Pence has figured out how to fix America's taxes and stuff.

Pence to billionaires: Use your “stature” to make employees support a tax hike on themselves

Pence offered sycophantic praise to the wealthy business owners and donors in the room, thanking them for “what [they] do every day to renew the promise of America” and insisting that their “generosity has made a difference all across America.”

Yes, renewing America by sending factory jobs to China, tech jobs to India, and the profits to the Caymans!

"We need you to reach out, use your voice. Use the stature that you enjoy in your communities and your state and all across this country to share the opportunity that we have with this tax relief legislation. You talk to your employees, talk to your suppliers, your fellow business leaders to get them on board. And of course, we need you to talk to your elected officials about just how important this moment is in the life of this nation. Tell everyone you can that America needs this tax cut, and America needs it now."


I mean, sure it's probably not legal to try to influence your employees politically, but why should that matter? The important thing is that the very richest among us are still having to pay some taxes and this is our chance to put an end to that injustice! Will it increase the deficit? The deficit that we spent the years 1992-2000 and 2008-2016 in a petulant tizzy about? Oh my yes! But on the other hand. . . um. . . You know. . . America needs it? And by America I, of course, mean the donor class.  Will it help ordinary Americans?

Okay, but this story is undoubtedly a complete positive with no downside. Facebook is taking steps to address the problem of "Fake News."


Facebook said it would started working with fact-checking websites such as Snopes and PolitiFact in the US last December, who follow a code of principles approved by the US’s Poynter Institute, a journalism school. Facebook users can flag stories they think are false, which Facebook then circulates to these partners (it pays them for the service). If fact-checkers find it to be false, users who subsequently try to share the story on Facebook see a warning telling them it has been disputed.

See? Nothing bad! Only good. Only good news in this story, Facebook is doing the responsible thing and letting people know when they are sharing bullshit as actual news stories. So that's that and no need to read any further!

In its newest attempt to stem the flood of fake news and conspiracy theories online, Facebook plans to sign up a conservative US magazine, the Weekly Standard, as a fact-checking partner, according to several people briefed on talks between the two companies.

Oh well. Sorry. I guess everything is still terrible.

Posted by Professor Chaos at 4:47 PM 5 comments: Links to this post