2011 Must have been a pretty weak year for movies

Because I just saw two of the Best Picture nominees last night, and gotta say, not impressed!

We rented Hugo and Midnight in Paris from Redbox last night.

Maybe Hugo loses something in the non-3D version, I don't know, but I thought it was just OK.

I definitely could have done without the Sasha Baron Cohen character.

He felt really cartoony, and in a movie where all the plot points feel pretty contrived already, he was just not helping. I wouldn't say Hugo is a bad movie, I enjoyed it, but it definitely didn't feel like anything to write home about. Midnight in Paris, on the other hand was just awful. And I love Woody Allen. He's made some of my all-time favorites - Annie Hall, Hannah and Her Sisters, Manhattan, etc. And I looooove Paris. Seems like a sure bet, even with the potentially annoying presence of Owen Wilson. But I really hated this movie. It seems like we've already seen this a million times: Back to the Future, Peggy Sue Got Married, Groundhog Day, Hot Tub Time Machine. . .
Just the Rachel McAdams character alone is enough to make this movie painful. Nothing against McAdams, but the character is so ridiculously unpleasant, belittling and condescending to Owens at every turn that it's just not at all believable that anyone would want to marry her, much less a successful, reasonably handsome guy who must have other options. 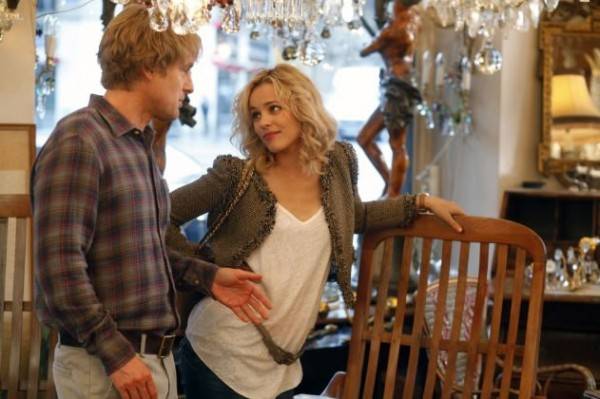 Yes, I will wear this snotty expression throughout the whole movie!
When Wilson confronts her, accusing her of having an affair with the equally ridiculously unpleasant "Paul" she says, and I'm paraphrasing here, something like "yes, I spent a few nights with Paul. . . Get over it!" which no actual human being would ever say.

And the whole point of the movie seems to be a combination of "hey, it's Hemingway! Hey, it's Dali'! Oh, look, Gertrude Stein!" and some moral about how people romanticize the past, which is a long way to go for that stunning insight. 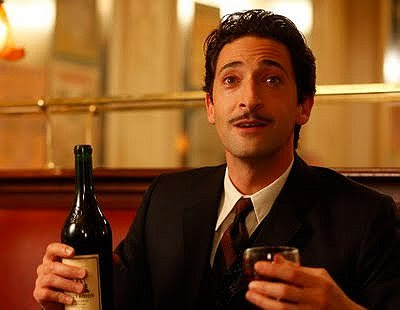 Also, who casts a skinny guy as Hemingway?
The only other Best Picture nominee I've seen this year is The Artist, which was really good, but I was surprised that it was Best Picture material. Now that I've seen some of the competition, it makes a lot more sense.

And the Oscar for Best Dog goes to. . .
Posted by Professor Chaos at 6:43 PM 2 comments: Links to this post